I feel like we are not pursuing the right avenues when trying to develop FSD, overcomplicating things like inventing zero-gravity pens instead of using pencils (the joke’s at 00:58)? Maybe FSD environmentally clean vehicles have been around all along?

Shanghai will increase its production to 80-90k/month next month. They are aiming for 1 million cars per year. Then you have USA and Germany.

3 million cars per year with 29% margin, think about it. 2T market cap?

@ICannot_Enough
Who's ready for my latest $TSLA forecast 🧵? The story hasn't changed since the forecast I tweeted nearly a month ago (here: https://t.co/KVsz1ZNdf9): 📉 Shanghai lockdowns will reduce vehicle deliveries, worsening Q2 sales mix & profit 📈 Return to growth as usual in Q3 /1 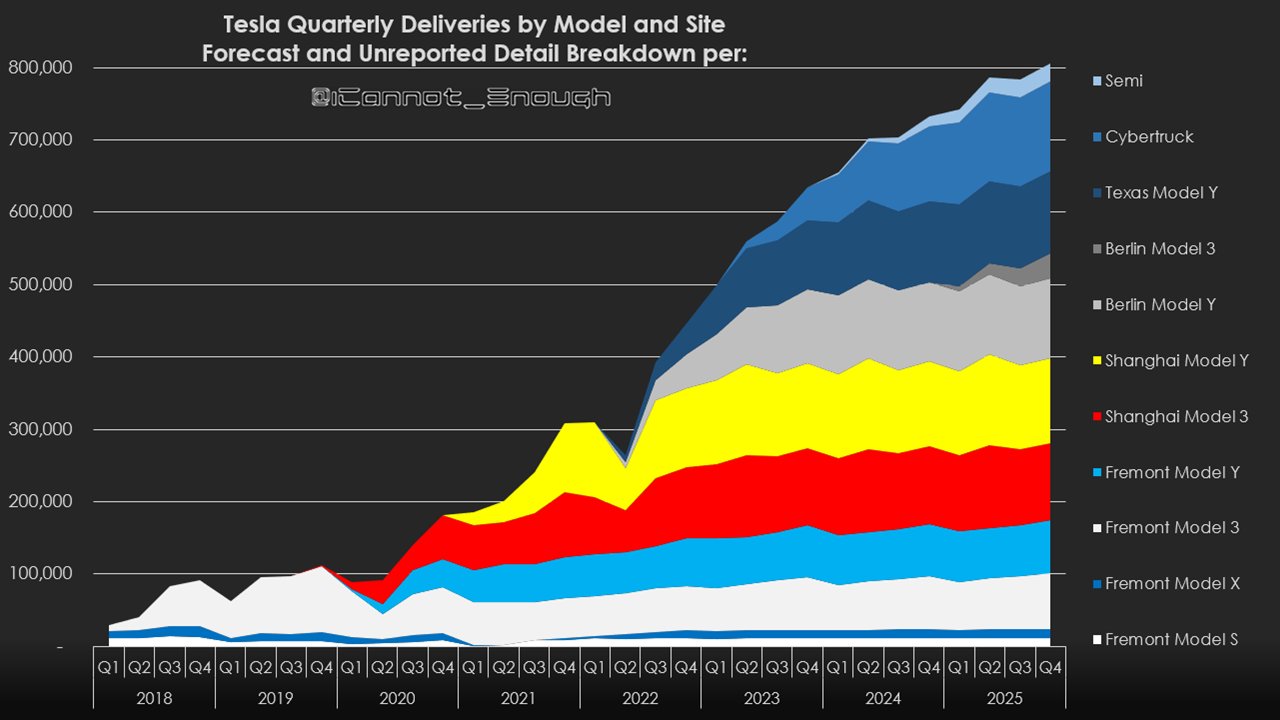 There are a few caveats.

Personally, I have put my Tesla purchase on hold. I think it’s just crazy that the price went up by 30% already, and am not willing to buy at these prices. At the same time, the stock price got slaughtered, which I think makes really hard to go for the car in favor of the shares, if you have some cash lying around.

That being said, I promised myself before that I would cap my total TSLA investment and not go for any more, and yet I did. Now I really should stop, because my diversification already suffers.

I think the current panic is a good buying opportunity, be it for TSLA or VT in general. If you look at the global GDP growth over centuries, it’s quite optimistic: 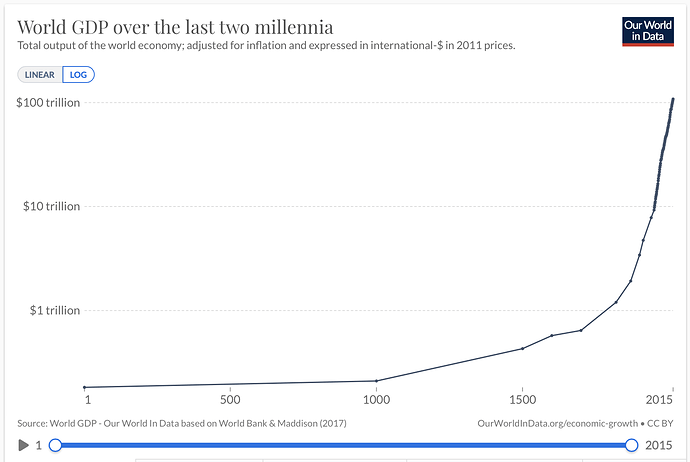 The curve doesn’t go straight even if it’s a logarithmic scale. How many years until we reach $1 quadrillion? How would that even be possible? I think: AGI, robots, renewable energy revolution. TSLA is active in these areas, but of course, there will be other winners too. I am very impressed by Google’s advancement in AI. It seems like the last months we see a sequence of AI research papers/demos that just blow the mind.

I am very impressed by Google’s advancement in AI. It seems like the last months we see a sequence of AI research papers/demos that just blow the mind. I think it’s just crazy that the price went up by 30% already, and am not willing to buy at these prices

When even a millionaire (and shareholder) like you is hesitant to buy a Tesla at these increased prices (plus rising interest rates. And inflation. And not unlikely a recession), you should reconsider the accuracy of these “nice charts” forecasting the future.

I don’t know where people get the money. Also for the real estate. OK I guess I know where: debt. If they can finance it, they buy it. And a Tesla “only” costs 1000 CHF per month, even at these higher prices. And we’re talking 3 million globally. You just need to reach 0.1% of global population.

I don’t need a car, it’s only for fun. It’s a luxury. Steven Mark Ryan has almost 7000 shares, and has no car, coz he lives in the middle of Sydney and doesn’t need one.

do they really sell ~80k Model S per year?
Last number I saw for S and X combined was 25k/yr instead of ca. 150k implied by this chart.

They made 14k in Q1 2022. This is after there was a pause in sales due to a revamp, which reignited demand.

Elon stated they will make up to 100k of X/Y per year, but only for sentimental reasons. It would be smarter to ditch these cars and focus on the large scale models. Elon predicts that 3/Y will sell up to 4 million units annually.