Not sure where to post this question, but I noticed some of you might know the answer of a long-standing question I had with some friends during random beer-fueled evenings.

What get split in a normal divorce (that is: without any arrangement made before)?

I know that what you earned during the marriage get split in two (ex. husband salary + wife salary / 2)
I know that if the wife owned a villa before the marriage, that remains to her and she doesn’t have to pay anything to his husband.

What I don’t know is what happens to the salary earned before the marriage. Is that money considered a possession so it wont’ get split? Lawyers are very precise and in all examples I’ve found they talk about items and not money.

What get split in a normal divorce (that is: without any arrangement made before)?

I recently looked into what can be defined in a prenup and if I understood it correctly even capital gains on your “Eigengut” might fall under the splitting rule. EDIT: Looks like I didn’t understand it correctly.

It’s interesting, especially when you think that being married or not won’t make a difference on the bitcoin market so it’s strange that you should split it. It’s not like the person that didn’t have the bitcoin before marriage would have bought some if he/she wasn’t getting married. But that’s another topic.

Been there done that: A big difference lies in whether the divorce is consensual or not. If it is by agreement, one can agree on almost everything, even that each person keeps his share of the second or third pillar, furniture or other goods.

In this case it’s just paperwork and a common “Scheidungsvereinbarung” written in Word. They will ask both part to be sure that it’s really consensual and done.

Why not “Gütertrennung” and a testament, problem solved if there’s a divorce or worst case “death”. 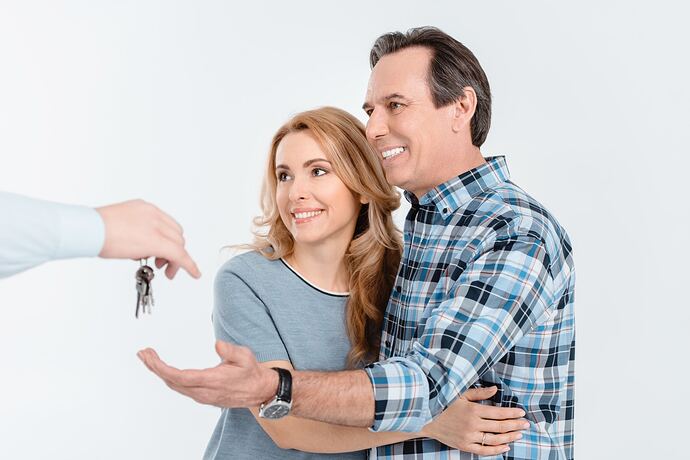 Ah ok. I still don’t get what happened with my divorced friends, but it might be the costs they must pay for the kids…

No, your BTC remains “Eigengut”, including capital gains.

What about me selling the BTC and then buying new ones? Same for Stocks… isn’t the cash generated by the sale automatically “Errungenschaft”?

This is called “Ersatzanschaffung” and it still stays “Eigengut”. In this example, the husband bought a car for 20k before marriage, it is therefore “Eigengut”. During the marriage he sells it for 20k and buys a new one for 19k. The new car and the remaining 1k cash are still “Eigengut”.

But aside from spliting your wealth, depending on your circumstances you might owe quite a lot of “Unterhalt” (“Nachehelicher Unterhalt”, “Betreuungsunterhalt”, “Barunterhalt”) for a long time.

Note that I’m by no means a lawyer, I just read a bit about the topic recently

This one gets it! The one time split is one thing (and quite fair as far as I’m concerned), but if you have significantly more money than your partner after that split, it won’t end there!

And coming from the other thread about the rare mandatory family support (Verwandtenunterstützungspflicht), this kind of spousal support does happen very frequently with very significant amounts and for potentially years to come.

and totally unmustachian (or fair, that is…)

As far as I can tell, this only matters if the difference in income is significant before the divorce.

It’s still pretty common to have only one spouse work.

I agree with you.
One of the reason is mainly that the swiss tax systems “punishes” married couples with similar income with higher taxes.
Because of that, the non-working part is not rewarded to start working again (let’s say after a pause with small children) because the additional income would cover childcare costs and additional taxes but there would be no additional available income.

Dear friends, I am with my girlfriend since 7 years now (all time in CH) and we are having a kid soon. We are not married and that’s not important for us, so we dont plan to be married in the short-middle term.
I have some questions I hope you can help me to answer I would like to do things right with her so in case we split in the future we both avoid any issue, specially with a kid in the middle:
1- For the fact of having a kid and not being married. Do the government make a distintion in our taxes? Does it change anything? Shall we deduct cost for the kids 50%/50%?
2- We are discussing if we put all the salaries in one shared account or we transfer every month proportionally the same % to cover expenses + savings. What’s your view? would it be the same in the eyes of the law if we later on split? I prefer to keep things separated to have some freedom on my financial decissions. Your thoughts are appreciated.

3- How would a Mustachian address this topic efficiently?

Please consider all your answers with the idea to make things right and equally fair for men and women.

if we later on split

If you later split, it won’t be fair anyway, if you do not agree on children’s costs, and maybe even if you agree.

I don’t know why people who pursue FIRE get even married at all. Divorce is probably the highest risk factor of your portfolio.

Is FIRE supposed to be the ultimate goal in one’s life ?