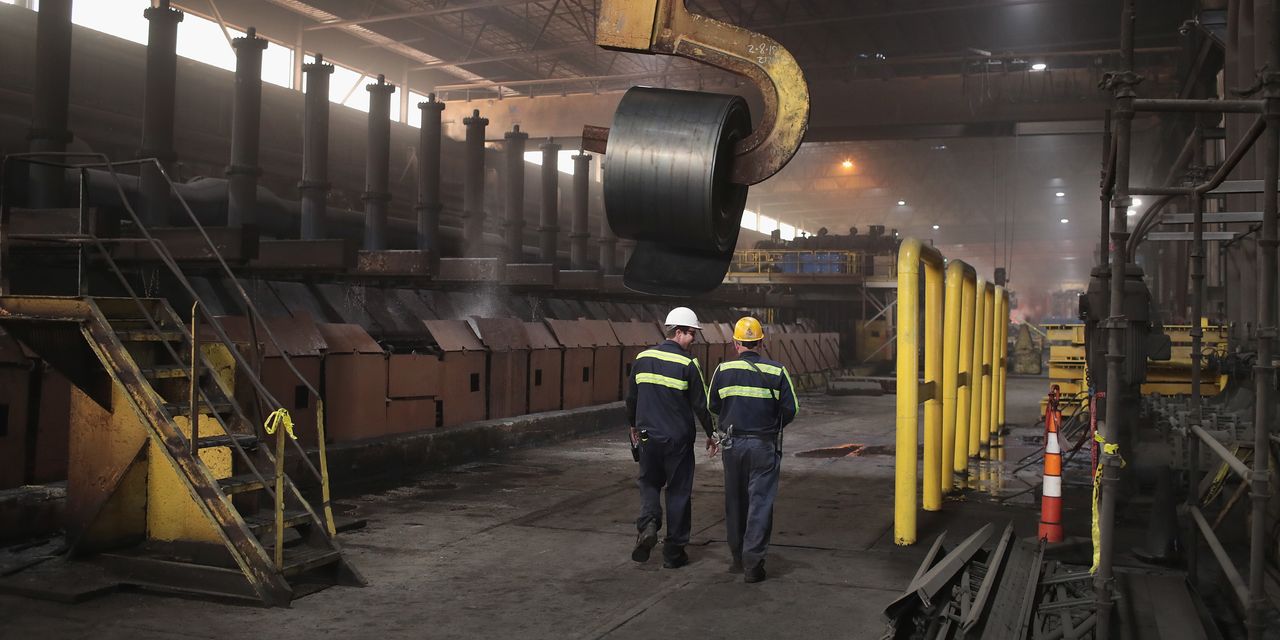 The U.S. Economy Could Contract by 24% Next Quarter, Goldman Sachs Says

U.S. economic data have already started to miss economist estimates, even before Americans started to stay home to avoid spreading the coronavirus. 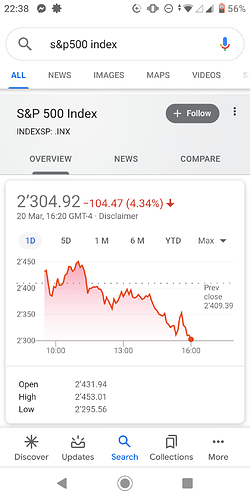 So is this Fed buying us out of the trouble?

Our Fed in heaven,
…
Give us this day our daily Trillion.

So is this Fed buying us out of the trouble?

Which makes me believe that the SNB is buying a lot of Dollars. Is the 1:1 exchange rate the goal?

I must admit - what a relief.

Seeing the latest numbers for the virus, it seems that the US will be in 3rd place in a day and if NYC doesn’t calm down, they’ll be above Italy in a week. +5300 US against +5900 italy today and italy was quarantined for a week. NYC started today if I remember correctly. Let’s hope they are more strict.

Wall street will be just run by robots and armchair investors next week.

US is more than 5 times the population of Italy. So I would compare US numbers with all of EU than with Italy alone (of course with the time lag)

Given that every country has its own criterion for testing (or not), and that these criteria change on day-to-day basis, comparing the number of infected people seems just futile to me.

Are there numbers available for hospital admissions and/or people in ICU, and deaths? That would really tell you something about the state how a country is grappling with the virus.

I must admit - what a relief.

It actually is, if your assets are in USD but net worth is calculated in CHF then this week should have been positive for you.

On the other hand, I present you the mother of all trendlines for the S&P500 (look at the timescale). Worst case scenario - 1564pts 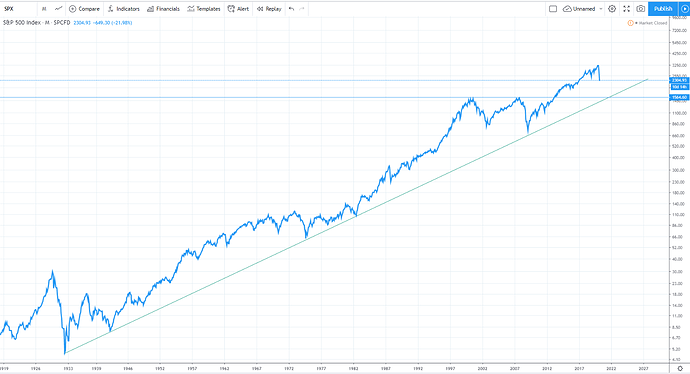 Still hope I am wrong about all of that.

That is my guess too. I can’t imagine that the market already priced a mass infection in the us big cities. I think a bigger crash will come, panic related.

Infinite bailout. Worth a watch

or most of the population is immune and the propagation conditions are not fulfilled anymore.
With the fed it is not physical it is only numbers so there is no limit. 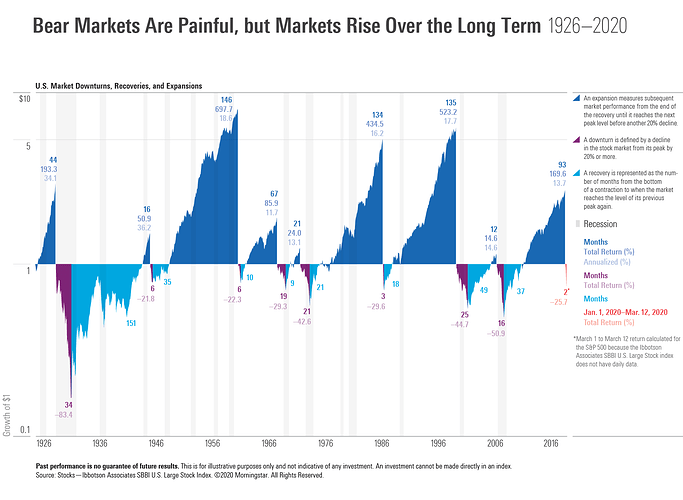 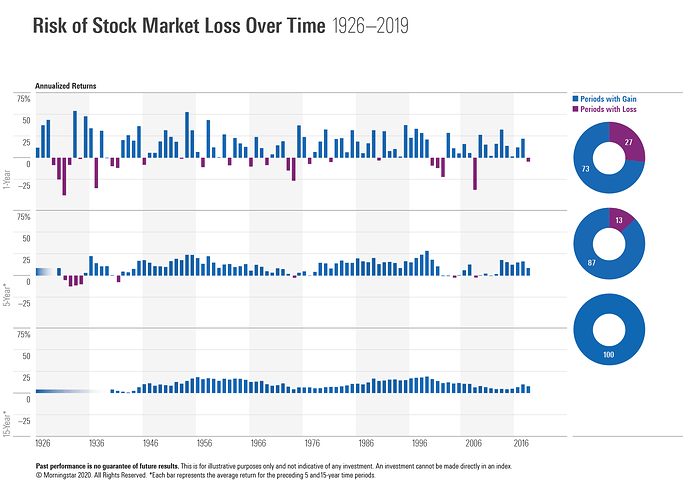 I think the numbers in the US and UK are yet to increase at least tenfold (10x), probably more - thus hitting closer to home for major exchanges and stock indices.

Until I’ve seen either of these two things happening, I’m refraining from making larger (lump-sum) equity investments. That will be my own rough guideline.

Until I’ve seen either of these two things happening

Same for me. But til when would you wait for it? Summer or end of the year? I expect in the usa the virus to peak in maybe may, than a few month more of bad economical news, so that the market should be around august at its lowest. Does it make sense?

By coincidence, the low point for VT ($54.8) happened on the same day.

Only oil crashed a day earlier, falling below $20 for the first time since the dotcom bust in 2001 on 18 March.

I’d say these are some important indicators to watch. I wont mind adding if s&p falls to 2000pts or below

It’s been a pleasure guys, I think this thread is now contributing negatively to my well being

It will be fun to come over here once the pandemic is over and look back at ourselves.

Stay safe, healthy and see you on the other side of virus peak, hopefully late-April or mid May.