Apparently UBS is also getting too woke according to some people

Others just do it because everyone else is doing it and it would look bad in terms of marketing if you don’t dance after the woke tune. And there is a risk of militant woke activists to put your company through the dirt and cancel you if you don’t do it so it’s cheaper to hire a CSR responsible that writes some flowery bullshit and publish it to make the impression like if you would care about that nonsense.

Why is it a “huge problem”?

Woke culture in the corporate world.

I understood the “what?”, my question was the “why?”

We as a society are degenerating into a something pre-enlightement. Instead of equal individual rights for all in theory and in practice it’s more and more about following a set of dogmas, enforced by zealous extremists. Collective rights trump individual rights.

And if that were not bad enough, the dogmas themselves couldn’t be more idiotic. The UBS list @Gesk is linking to above is a great example thereof. Not only are they decrying masculinity as something bad, which is gender-discrimination. Their list of “bad, masculine” words also don’t make sense. Have a guess which words of the following pairs are forbidden and which ones are deemed ok:

Because corporations are not supposed to impose their political agenda on society. Their mandate is to maximize shareholder value.

And you think this issue would warrant curbing capitalism/free-market to mandate that companies do not adopt a behaviour that they assessed is beneficial to them?

edit to reply to Patron as well: same consideration as above, do you have data to determine that adopting this behaviour is less beneficial to the shareholders than not adopting it?

I’d prefer companies to stay out of the culture wars, yes. There are here to make money, not propaganda.

Furthermore, I’d wish we would all agree to uphold individual rights and freedoms and abstain from discriminating against anyone, including - gasp - the new bogeymen - pardon - bogeypersons, white old men. What UBS, Neon and others are doing is gender discrimination, so I don’t care if they make money from it, it’s wrong.

That this is even in question or needs to be discussed is a sign how much we already have degenerated as a society.

There is a simple rule, the one who pays, decides. The one who pays are the shareholders but woke companies give a say to other stakeholders in corporate board rooms which is unethical. It’s basically embezzlement of shareholder funds.

Corporations have a mandate to maximize shareholder value with the funds they were entrusted with, political views of external stakeholders and individual board members shouldn’t play a role and should be left to politicians. The only way how political influence would be justified is if it comes from the shareholders which is basically impossible with public companies.

Most companies do it because otherwise a mob of militant activists will cancel them so it’s basically a mandatory marketing effort for many companies, but some really believe in this crap and overdo it like Neon which is highly unethical IMHO.

Again, your first point relies on the same assumption as Patron: do you have data to demonstrate that adopting this language or “propaganda” does not translate into them making more money? I wouldn’t lightly assume that, as an outsider, I am more qualified to define how a bank could make more or less money.

Regarding your second point and gender discrimination, I’m not sure I understand where exactly the discrimination is, for instance in the article about UBS. Could you refer me to a specific example?

@Patron: again, same question: do you have data to determine that adopting this behaviour is less beneficial to the shareholders than not adopting it (be it for Neon or UBS)? “Overdoing it” might also be Neon committing more to a specific approach because they believe they are maximizing their profit?

There is not data in either direction because it’s not a factor you can isolate from others, so you can’t say this or that company made more profits because they are woke. How would you even quantify the wokeness of a company without introducing significant bias? Besides, not every question can and should be answered with data as some things are just unethical. Otherwise we would have to discriminate certain people because statistics say they are more likely to be criminal than others and society usually doesn’t want prejudice based on data.

determine is clearly wrong. it shoudl be deterours

Clear case of gender discrimination by Neon: My forum post above

And you don’t find defining one gender as bad, and declaring words associated with that gender forbidden, as discriminatory? Would you approve if words like mother, sister, daughter were forbidden? Oh wait, they all actually are, as per SwissRe’s language rules… Also the word “woman” is increasingly seen as discriminatory (women are to be called people who menstruate, which clearly is much shorter, more elegant and completely encompasses what it means to be female).

I feel like “absence of data” should result in “I don’t have enough data to question the approach they have taken, given that they probably have internal data I don’t have access to” rather than the opposite. But then again, I’m no expert on this matter.

But anyway, if this is “unethical”, does it mean that they should refrain from maximizing shareholder value for ethical reasons?

@Myfirsttime As to the discrimination question: I didn’t understand the UBS news as “defining one gender as bad”, but simply that certain words carry an undertone (that you might define as “woke”) and that those undertones as not desirable to maximize profit. Might boil down to a difference in interpretation though… Also, legally, they are not held to the same standard as the government for instance. That’s why if you go clubbing you also sometimes see parties where the entrance fee is waived for women. Might be a lack of taste, but I’m not sure that’s illegal. If they maximize their profit that way, is it still an issue? 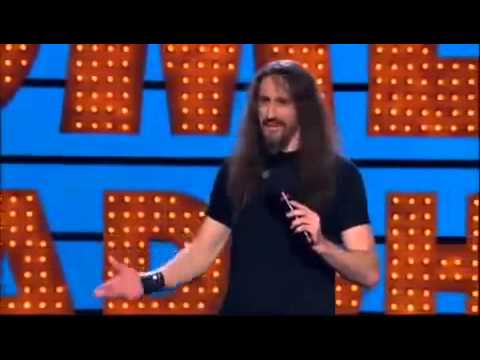 it seems to me that some people are easily offended by inclusivity or the attempt to. anyway could we stay on topic here please? feel free to start a thread about the good old days of systemic oppression or how to monetise social movement in your business.

Why is it a “huge problem”?

Did you see the picture on the article the OP linked? Isn’t that enough to understand WHY it is a problem?

Honestly I think the picture is fake. It cannot be so immensely stupid. I refuse to accept it

It is absolute non-sense. And very, very scary.