You are out to prove the opposite of hot hand phenomenon. whatever happens, just keep us posted whenever you invest. some where between you, Schiller CAPE, and @glina, we can find the right market timing model!

It doesn’t matter what I do, I can only lose lol.

This is why you should do whatever feels the most uncomfortable at the moment. You wont cash any risk premium without taking risks, it is as simple as that.

I’d lump sum and ignore the next 10-20% drop that will inevitably come. And yes, today is an awesome day to buy

And yes, today is an awesome day to buy

UK small cap recovery bet stocks if you have the stomach. But you shouldn’t take my advice, I’m reckless

I literally invested my pension fund on the highest day since end of February.

Perfectly executed! Only to see a 5% drop within 3 days

any particular names or just dash of CUKS type ETF?
US SCV climbing down the ladder too, not sure to take a bite now or wait a couple of hours or till tomorrow. (can’t get my mind off them)

You know how do you beat the market? Just buy 3x leveraged inverse ETFs like SPXU the day I’m doing a lump sum.

I will always announce it here, so you’ll know when to buy.

you are in-a-strange-way lucky, I’m serious. I had to wait for >1 year to see my investments in India go negative. And it is still negative after 3 years. The sooner you see red, the sooner you start to understand your tolerance levels. No point being all green for first 5 years and then lose your shirt, your pants, and your mind.

The market is really testing my risk tolerance. Btw I didn’t tell you guys lol. ValuePension invested more than 100% of my assets. Now I have -1% cash and 101% stocks

I asked about that and they told me it would sort itself out with the next rebalancing. But I don’t rebalance, so I’ll keep my 1.01x leverage lol.

That is nice. Welcome gift (maybe bc you promoted VP). See, you got lucky

That will probably lead to a circuit breaker today. Right now VTI dropped to 154.00$ 2 hours after I bought it, already down -3%.

Just be happy that I don’t have any lump sums to invest anymore. Otherwise you would see a -25% drop within 2 weeks.

Keep us updated whenever you‘re about to buy.

(However, please plan ahead and allow enough time for me to sell in advance)

If you are smart, you’ll sell everything and go allin on SPXU or other 3x leveraged inverse ETFs

Who the hell needs moving averages or CAPE? All you need is me!

@Cortana I was just looking at SLYV and itching to buy some. And I come here to see if you posted something. Not disappointed.

When I look at the big picture it gives me peace. 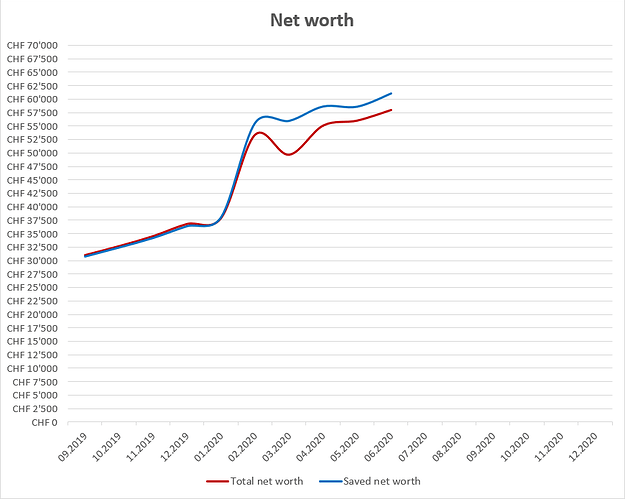 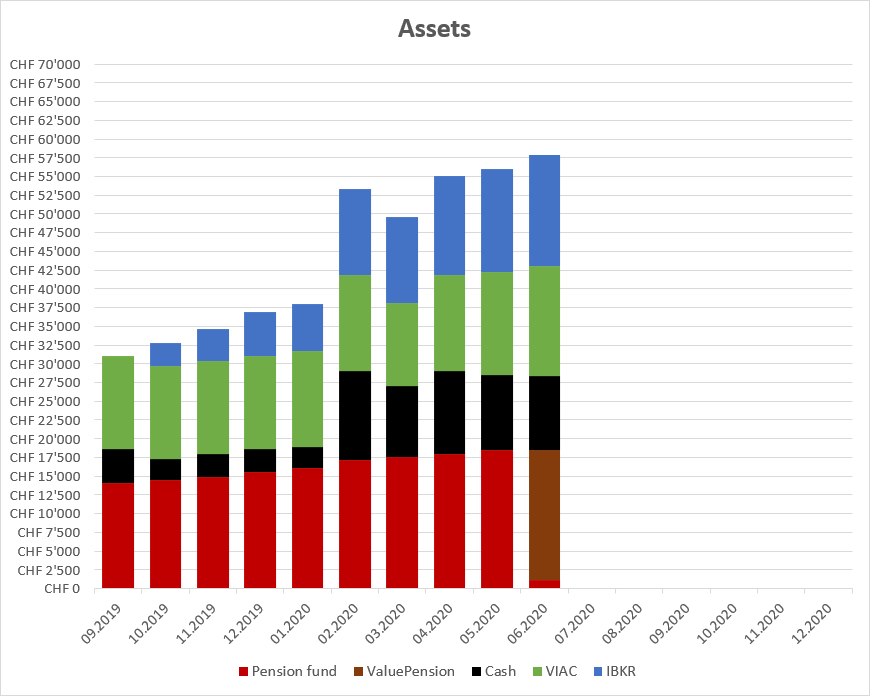 I might be the worst market timer on the internet, but I guess I’m still doing fine.

Any updates? Who uses ValuePension for 2nd or 3rd Pillar? Is an app coming? How is the reporting? Any downsides?

I’m using it for my 2nd pillar since 2 months. No app, but I don’t really need it. There are no further contributions, so it will stay like that for 40 years till I withdraw it at age of 69 or 70. I’m still loving the fact that you can set your own rebalancing bands. It’s currently at 100%, so there won’t be any rebalancing in the future.

While there is an obligation to transfer to the new benefits scheme, enforcement, if any, is low.

I would still stick to respecting the law to avoid an impossible situation. Also, enforcement may increase in the future especially with the challenges of the 2nd pillar, which will only increase until there is a reform.

There is a clear issue with the unintended redistribution in the 2nd pillar, and it is frustrating to receive less every year than what the underlying assets actually return, but I think it should be solved politically because this is the country’s best interest. It is already widely discussed in the news and by decision makers.

I recommend rather looking into 1e schemes offered by many pension institutions, which allow you to officially invest part of your 2nd pillar while fully taking the risk and getting the associated returns.

Everything in terms of insurance is related to the salary and not how much is inside your pension fund.

This actually depends on the pension fund. The law defines the benefits up to a certain salary (around 80k). Above this, pension funds are free to design their products in any way they want, as long as the minimums required by law are met.