I do something somewhat similar as I am lending the money I put aside for my taxes (~$35k) in the form of USDC.

For now, I am doing short period lending of 1 month as I am trying to find the sweet spot when it comes to interest rate.

Once I have paid my 2020 taxes in the coming months, I will try a bigger lending contract for a longer term, but overall it is very promising!

On which platform?
I’m more interested in USDC than in USDT…

They have different stablecoins you can choose.

Let me know if you want to try, I can make a private loan with simple terms for the sake of trying.

@Oliv Thanks for the info.

I started now my experiment with Swissborg (I can provide referal, you will receive a lottery ticket and can win some bitcoin 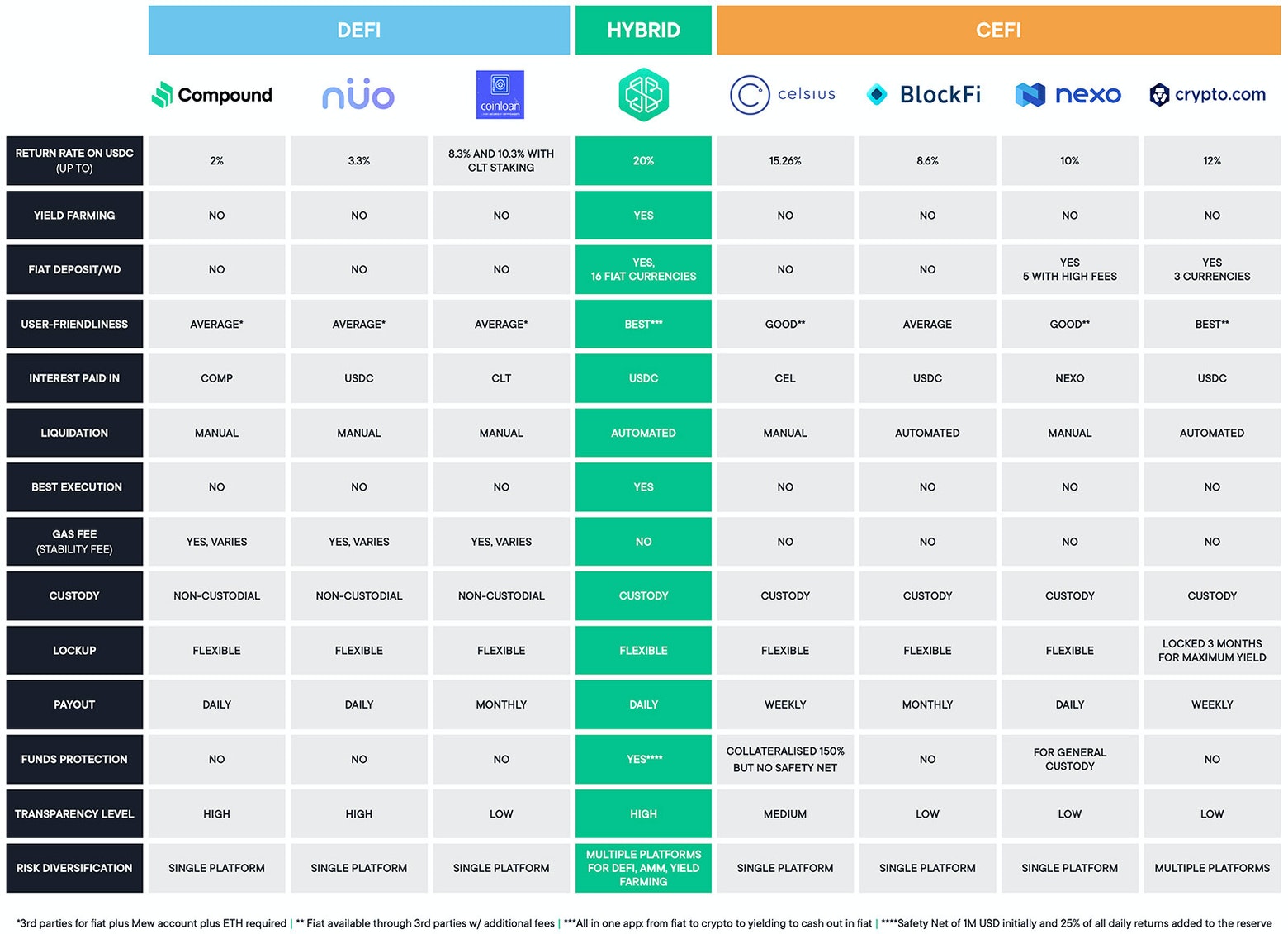 I will provide some feedback in the next couple of months…

Yes the CHF has depreciated a bit lately, but look at where it stood one year ago! I find it too risky to convert to USD (not to mention crypto…) CHF that you will soon need for taxes.

What due diligence did you do before investing with them ?

Their contacts page refers to social media accounts and some basic email addresses only.

Phone number, address, place of incorporation or company ID are nowhere to be found.

I had to look at the Terms and Conditions to find some information.

The company is registered in the Marshall Islands (definitions section). However, the place of resolution (General provisions section) in case of disputes is the UK.

I can find only one Hodlex Ltd Service on Google.

No reference to a Hodlex in the Marshall Islands.

At best looks like a ponzi scheme to me.

I have been using their services since the launch with various amount of money and I haven’t seen anything dodgy while doing it. They reply to messages fast and the ceo, Max Keidun, is pretty vocal in the community and has been endorsed by people I trust.

It is a non-custodial service which is a great plus (they don’t keep your funds + multisig escrow account), and I think it is open-source as well even though I haven’t checked the code myself.

Their business model is as simple as it can get with a transparent system of fees, so I am not sure about your ponzi scheme reference.

Ps: that being said, you are absolutely right in doing a thorough due diligence

No reference to a Hodlex in the Marshall Islands.

Seems to be some trend that non-European web sites make it difficult to find out their operator and its address. Even at, for example, Kraken in the US (though they do disclose their company address in their FAQ). Hodlhodl though, I can’t find it anywhere on their web site. Having said all that:

you are absolutely right in doing a thorough due diligence

Let’s do this then, shall we?

I haven’t seen anything dodgy while doing it

So basically you’ve put 35k CHF worth of Swiss Francs

If you anyone thinks that does not seem dodgy, I don’t what is

Thanks for the link to the company registry.

A beautiful mailbox corporation created by the official trust company of the Marshall islands.

No information on the people behind Hodlex (directors, place of actual management).

This lack of transparency only confirms my 1st impression → run away

into escrow with someone you don’t know

as long as these escrow accounts really exist !

Any business corporation would advertise this guarantee/setup. No real information on how these accounts are created/managed, on the blockchain?!

as long as these escrow accounts really exist !

Exactly. And if they do, as they put it into their FAQ:

This system ensures that both Borrower and Lender are protected from scams, since no transaction can happen without a signature from two of the three parties.

Unless the escrow party is the scam itself, of course. It might, for example, be identical with the borrower or collude with that party.

Or… it might just be negligent or don’t fulfil their fiduciary properly and safely.

Do I believe the platform is an outright scam? I tend to think it’s not. Though quite obviously it’s run by people who don’t want to be held responsible or accountable.

Was Mt. Gox an outright scam? Probably not. They still managed to lose their customer’s funds. As could happen at hodlhodl (even if they claim not to “hold” the coins), if the escrow key makes it to the borrower - whether that’s through a hack/security breach or collusion.

the ceo, Max Keidun, is pretty vocal in the community

Side note: call me paranoid, but notice how in this very recent interview how Max Keidun is introduced as the “founder” of hodlhodl - though curiously not mentioned as “CEO” - within the first minute?

I didn’t bother to listen to the whole thing though. I‘m not saying that he isn’t CEO anymore (though again, it can hardly be verified that he indeed was or is) - but it’s probably a nuance one might want to pay attention to with these kind of outfits.

That’s exactly why I am using them

plus of course the collateral the borrower puts in bitcoin. I have over 6 figures with them, the 35k is only for the taxes, and I sleep well at night.

You seem to care more about the physical address of a fully remote company rather than who built it. It is funny because I guess I am the other way around, for instance I have more trust in hodlhodl than swissborg that was mentioned above.

As for the escrow account, it is on the blockchain, you can verify every step of the loan as you proceed.

I really appreciate the time you spent on this, but I don’t want to steer this thread to another direction, especially as the initial topic is highly interesting.

and I am definitely a risk taker, proceed with caution.

Edit: we can also open another thread if there is an interest. It could be a topic around the value of decentralization.

Without the private key/all required keys, you can verify cr*p. You can basically look at it without being able to do anything.

Same as parking in a shady neighbourhood with your car to visit the sightseeing platform of a tower. Seeing your car gives you safety, but when you‘re on top and see how they steal/vandalize your car, what does it help? Can you do something about it?

This post was flagged by the community and is temporarily hidden.

I do agree it would be worthy of a separate thread (maybe someone’s is going to split it). But since we’ve straying away from the topic for so long anyways, I feel compelled for one remark:

That’s exactly why I am using them

I don’t get. What for? …unless you’re into shady dealings or a downright criminal.

You’re living in Switzerland, a country with a stable currency, no currency/exchange controls and an accountable government that respects your liberty.

I am generally very privacy-conscious and somehow “get” the idea of hedging your bets - or where your assets are located. But it doesn’t make sense for lending larger amounts of money.

Lack accountability is what breeds risks in credit/lending markets more than anything.

It could be a topic around the value of decentralization.

You seem to care more about the physical address of a fully remote company rather than who built it.

Of course! What other recourse would I have against the escrow agent, other than regulatory oversight or low enforcement - in a jurisdiction in which they have an actual presence?

What verifiable evidence do you that that Max Keidun character is actually responsible at Hodlhodl? 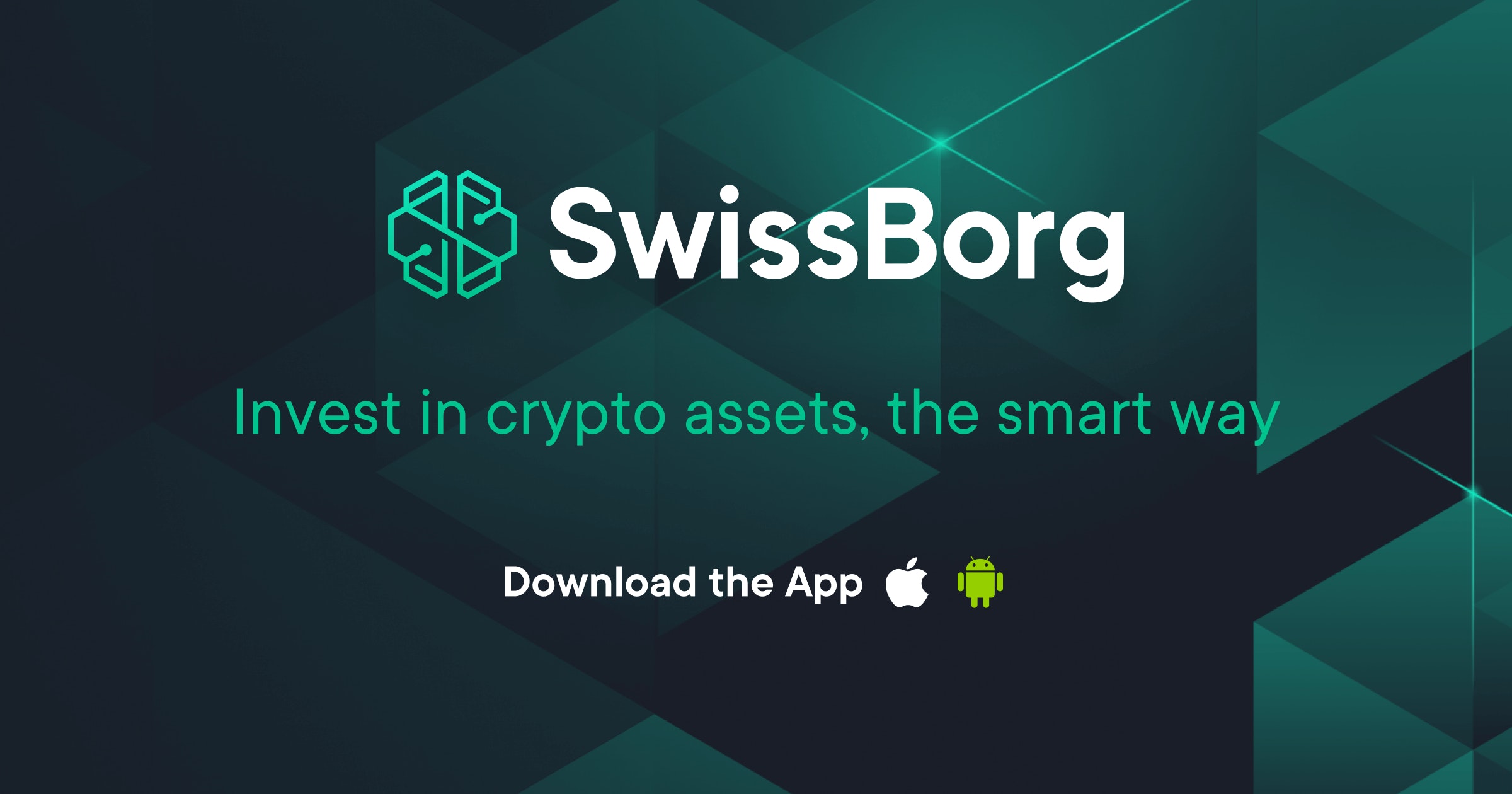 Get full transparency and information about the SwissBorg app's fees.

I’m not a premium user!

A cheaper option would be to deposit from another wallet to swissborg:
Deposit fees: There are no fees associated with the deposit of fiat assets, stablecoins, virtual currencies or BTC & CHSB Tokens. However, You may be charged an additional fee by the sending or intermediary bank(s) for the operation.

You can verify that the collateral transaction was set and confirmed, and that the amount you are sending was sent and received. This is helpful in case of dispute as well.

If we go a bit further, the private keys are encrypted and your private key is protected with a password that you choose (not on any server, if you forget it, it is game over). Signature is made on the client side for your key, in your browser. So you car analogy is not ideal, because your car would need to be in a garage with 3 locks to be relevant.

The only risk I personally see is if hodlhodl colludes with one of the parties to have 2 out of 3 keys. But it will be difficult to do it at scale as you would need multiple collusions with multiple lenders/borrowers over time to make it interesting.

Even if hodlhodl were to disappear, you could get back the fund with the help of the borrower/lender by using the two keys.

Edit: I am not claiming it is unbreakable, there are probably Javascript attacks that are possible in your browser too, but I find it robust enough for my needs.

What for? …unless you’re into shady dealings or a downright criminal

It took me 30min (+few clicks) to do with this platform what I did in 2 months (+lot of headaches) with a bank, meaning borrowing money. To me, this is a game changer as it is making my life so much simpler.

That being said, if a reputable company like Swissquote start to propose similar services, meaning borrowing with btc in collateral, I would considered it closely.

What other recourse would I have against the escrow agent

They have a dispute system, I don’t need anything more. I have used it already for their trading services and it was sufficient for my need.

Yes, you are right for hodlhodl, but I’m talking decentralization in general. It’s a “philosophy” that I am attracted to, that’s also what motivates me to use a non-custodial p2p service.

I’m experimenting on the Binance Smart Chain using autofarm to do similar things i.e. farming yields on crypto assets. Crypto lombard lending is a new business and of course the first ones to be part of it take a lot of risk committing their assets to this since there’s no history on these products and a lot of horror stories of people getting scammed, similar to those people who put some money on BTC 10 years ago. As long as one is aware of that and is fine with the extend of capital committed to these activities w.r.t. one’s wealth I guess those discussion on this looks dodgy etc. do not bring anything to the conversation. I personally believe the risk / reward on those kind of yield farming or buying some crypto makes sense as a means of diversification in the overall portfolio but I would not YOLO everything of course.

On the BSC crypto chain you can see here https://www.defistation.io/ that the crypto lending market is about 5 Billions USD (Venus is the main provider in this ecosystem) so others have the same idea.