Moving from IE ETFs to US?

The first two ETFs are IE-domiciled, CSSLI is CH, and the resulting TER of the lot is 0.23%.

I’m considering options for moving to US-domiciled funds (and getting rid of the CH bias), and I have this as a potential portfolio I’ve been toying with:

The resulting TER of that is 0.05%, and the total number of stocks is more than 4 times higher than my current portfolio (15918 vs 3590). The geographical distribution of this portfolio is close to that of VT (looking forward to the conclusion on this thread). This portfolio does have more of a small-cap slant than VT, though.

What do you guys think of this? Should I change the distribution? Is the small-cap slant a good idea? Should I replace VEA and VSS for an IE equivalent? Or maybe I’m just making things too complicated and I should just buy VT and be done with it? All opinions are welcomed!

Is the small-cap slant a good idea?

If you invest long-term - yes. I think about weighting more on small-caps as well, but don’t feel comfortable to do that in current conditions. I guess I’ll sell some bonds and buy more small-caps once we will hit a crash.

Or maybe I’m just making things too complicated and I should just buy VT and be done with it?

That’s precisely why I stick to VT. I’m too lazy for more complicated, requiring more rebalancing portfolios. I’m already sick of logging to my bank account to pay my bills every month. Would prefer to spend that time differently.

I’m playing around with this allocation on https://www.macroaxis.com, but all the optimizations say to basically go all in VTI and drop everything else. If you start adding constraints, then the optimizers try to put as much as possible into the US market, and drop everything else to the minimum because it lowers the sharpe ratio. The free optimizations in that website don’t work with a long timespan, I’m afraid…

How do you guys sanity-check your allocations?

I found this Vanguard Research paper that at least explains why all the optimizers want me to go all in in US. For the last 10 years or so, US and non-US markets have become more and more correlated, so adding non-US stocks no longer reduces a portfolio’s volatility.

I found this Vanguard Research paper that at least explains why all the optimizers want me to go all in in US. For the last 10 years or so, US and non-US markets have become more and more correlated, so adding non-US stocks no longer reduces a portfolio’s volatility.

It’s true unfortunately and it seems that holding more world stocks doesn’t pay off so much - VTI during last 10 years had twice better performance than VT.

Still, even if there’s no clear performance benefit for global diversification, it’s a hedge against US going to the dogs. Of course, one can argue that if anything terrible will happen to US, it will most likely negatively affect rest of the world stocks as well, but I think the scale matters - it’d be even worse if I hold only US stocks. To be frank, I’m still thinking whether to stick to VT, or to move to VTI or to have some mix of both (put more weight on US stocks). Maybe I’ll invest more into US small-caps - this should give me additional performance in long run.

Ok, I had today a conversation with a friend of mine, who is a chief investment office in the company I work, and he told me today over the coffee: “Just do what Buffet says: invest everything in S&P500. You get global diversifaction there because income of these companies are from abroad anyway. You get quality filter. You get better performance than Europe, Japan, etc. And during the recession it goes down less than Emerging Markets. It’s not worth your time to rebalanace and adjust a globally-diversified portfolio. Just buy S&P500.”

So yeah, I think I’ll switch eventually to VTI.

I’m not sure if that advice really applies to you, I think it’s really meant for a US citizen that doesn’t have anything better. That’s why Buffet said it was “good enough”, but that doesn’t mean you can’t do it better.

I think holding VT is better than just VTI. You’ll spend the same amount of time rebalancing (ie. none), but you’ll get more diversification. Sure, for the last 10 years it would have made more sense to have VTI, but that doesn’t mean it will be the same for the next 10.

Personally, I think I’m going to drop the small caps I was thinking about and go for 45% VTI, 45% VEA and 10% VWO. TER is 0.048% and those three funds hold 11500 stocks. With those percentages I’m underweighing US compared to VT, but I’m ok with it. Feel free to convince me I shouldn’t be. 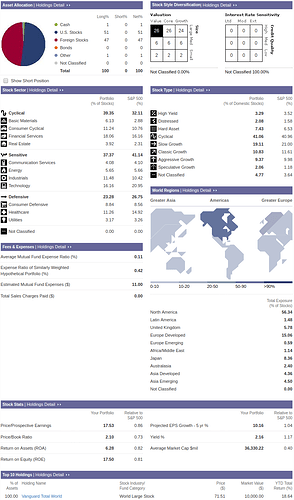 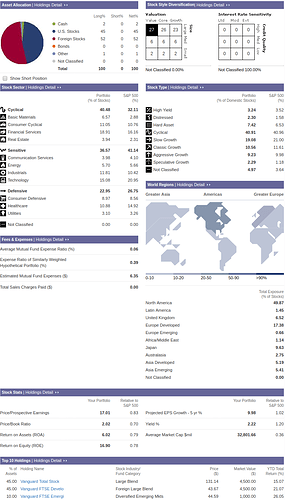 I guess I have to link to my own post from a different thread. Over the course of a decade, USA might outperform the World, but in the very long run, they have performed quite similarly. It’s hard to say which one will perform better in the next 10 years, but by holding VT you take the middle road (orange curve on the chart).

I just stumbled upon this thread and thought I might add my 5 cents. It’s important to note that it isn’t a fixed 50%-50% split. It just so happens, that currently USA represents roughly 52% of the FTSE Global All Cap index, which is the index that VT follows. VT practically includes VTI plus a few thousands more companies. If the USA stock market grows at a faster rate than the rest of the World, the share of USA within VT will grow (and vice versa). FTSE Global is a market cap weighted index…

Which site are these images from ?

Which site are these images from ?

With those percentages I’m underweighing US compared to VT, but I’m ok with it. Feel free to convince me I shouldn’t be.

The question is do you think France or Japan will outperform US in next 10-20 years?

France or Japan on their own, I highly doubt it. All of EU and EMs together? Probably, I don’t think the US will remain the biggest economy forever. I really have no idea, though, but I won’t bet against it.

BTW, not sure about the numbers here, but they seem plausible:

By the way, what decides if a company goes into an index? Their domicile country or the stock exchange on which they are traded on?

Second question: is it common for large companies to change the stock exchange they are listed on? Say, a company was listed on NYSE, but now it switched to LSE. I’m trying to imagine a situation where a large company would cease to be included in VTI, because of relocation of some sort.

Another article for international diversification: 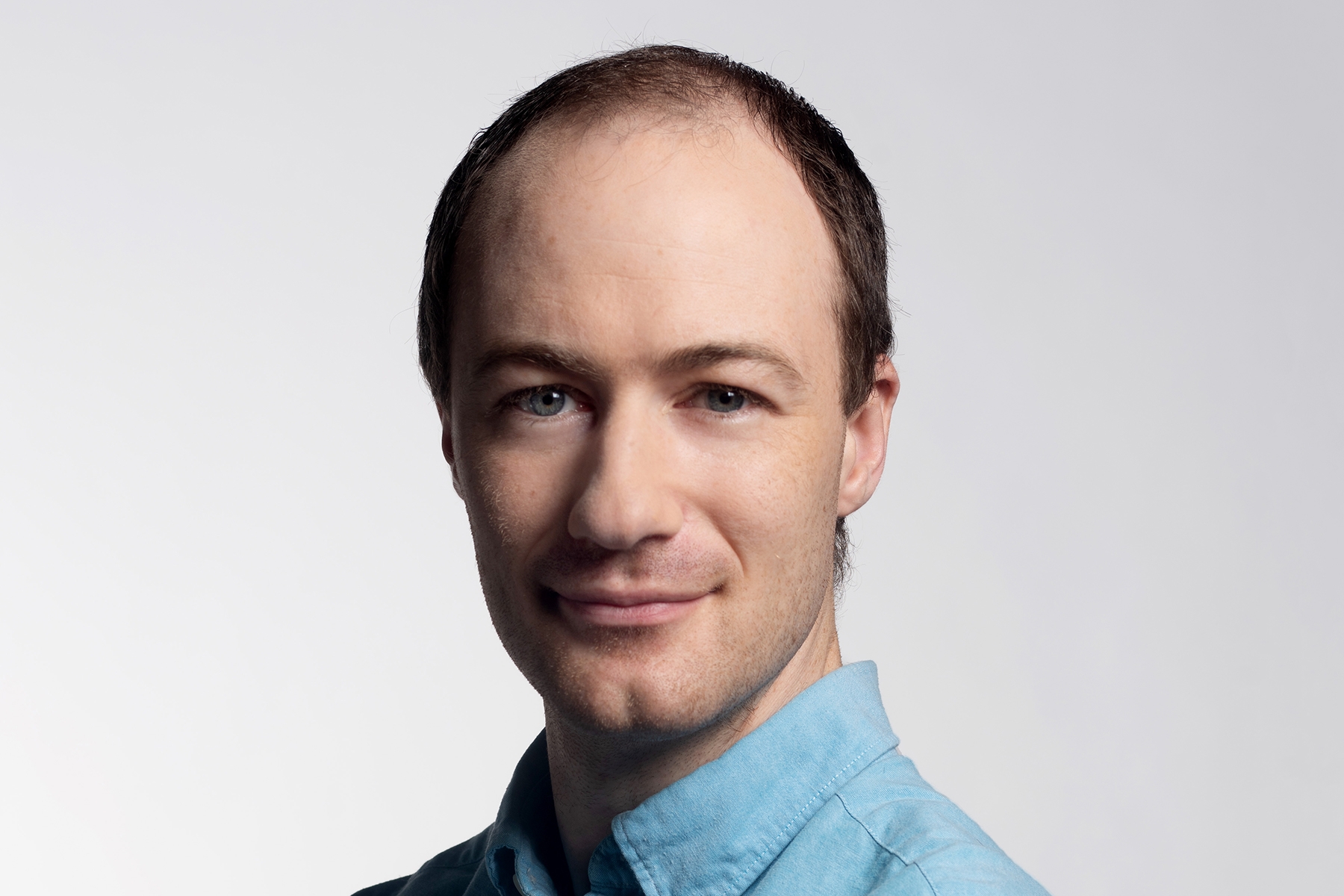 The Case for International Diversification

It pays to diversify a stock portfolio globally, even though most large companies are global.

Interesting quote from that article that partially answers @Bojack’s question:

For example, when Inbev (the European maker of Stella Artois) bought Anheuser Busch, it took the company out of U.S. indexes–even though the combined company continues to have significant exposure to the U.S. market.

According to the CRSP U.S. Equity Indexes Methodology (used in VTI, for example), a company is eligible if it is listed in NYSE, NYSE MKT LLC, ARCA or NASDAQ, headquartered and incorporated in US or US territories, pays US taxes, and a couple more criteria. So, for example, Nestle listed in NASDAQ doesn’t count. Unless it’s Nestle the US subsidiary or something…

So apart from the performance, what needs to be taken into account is that capital can change domicile. So I can imagine, if a country falls into financial trouble, they may raise taxes, which will convince many companies to move abroad and pay taxes elsewhere. It may happen, that performance of VTI is good, but the market cap is falling (because of companies leaving USA). So I guess we need to not only think how well will USA develop, but where will capital go in the future.

A different aspect that has been on my mind is this: most of the time, we measure return and volatility in USD. The dollar is the local currency of USA. This could mean that the apparent volatility of VTI is lower, because the exchange rates of USD do not affect it so much (a lot of business is done locally in USD). With VT that is of course not the case. However, you will probably not be spending USD in your retirement (contrary to Buffet’s wife).

And so… how does your portfolio looks like after 9 months of this post?
What performance have you had?

My total return from those 3 ETFs, including dividends, is 5.24%. Not amazing… Besides, VTI was the strongest performer, so underweighing it may not have been the best call. My previous portfolio (IWDA, EIMI and CSSLI) has done a lot better (~16%), but I did buy them a year earlier while the market was cheaper.

Still, it’s only been 9 months, so I’m still optimistic!

My total return from those 3 ETFs, including dividends, is 5.24%. Not amazing… Besides, VTI was the strongest performer, so underweighing it may not have been the best call. My previous portfolio (IWDA, EIMI and CSSLI) has done a lot better (~16%), but I did buy them a year earlier while the market was cheaper.

Why did you invest in US Funds and got rid of the home bias? (Tax ?)