Any of you thought about changing gender to female to retire earlier? One dude did it.

Pretty good investment. For 75 CHF you get one year more of AHV/AVS. 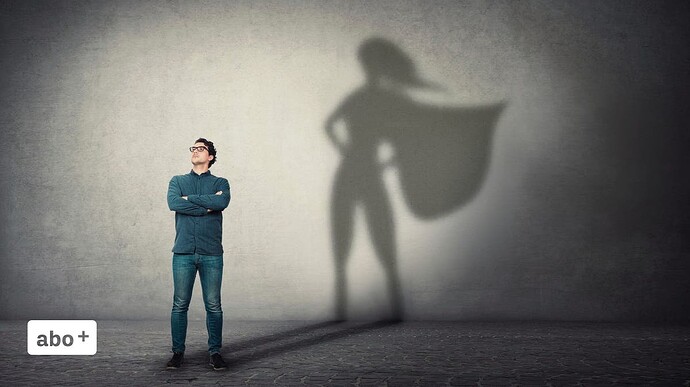 He (well now it’s rather she) is right to do so. That is one more example that this age difference for ordinary AHV/AVS retirement has to disappear.

You can also use this ideocracy to avoid having to do military service or pay Wehrpflichtersatz.

And it comes with the entitlement to be mad at everyone that dead names you.

We should get rid of the gender alltogether. There is no need for it anymore.

Pretty good investment. For 75 CHF you get one year more of AHV/AVS.

Well, I don’t think people should be able to change gender easily but I support it as a means to go to pension earlier or to avoid military exemption tax.

That is one more example that this age difference for ordinary AHV/AVS retirement has to disappear.

In theory I think you’re right and the age should be the same. However, I would not support such a change because the government is known for its salami tactics. If we approve 65 for both, then 2 years later we will vote about 66 for both, then 67, etc. and I don’t think pension age should be increased at all.

If we refuse to accept 65 for women it will be more difficult to pass any increase of pension age.

You can also use this ideocracy to avoid having to do military service or pay Wehrpflichtersatz.

Good point. Beat the system with its own idiocy.

We should get rid of the gender alltogether. There is no need for it anymore.

I think there should be men and women. Getting rid of that would only support this stupid gender identity politics nonsense with promoting their 150 gender variations.

I think there should be men and women.

From a biological view, yes. Humans that can make babys and those who can’t. But from a legal view? Why shouldn’t we all have the same rights?

But from a legal view? Why shouldn’t we all have the same rights?

Oh yes we should have all the same rights.

But regarding the AHV age, if I can make it more difficult for the government to make any age increasements for the AHV by presenting women that 1 year, I gladly do so. Approving 65/65 will just lead to 66/66 and 67/67 faster.

Regarding military service I think the right way would be to get rid of mandatory service in all and open it to everyone on a voluntary basis or as a paid profession. Then there would be no exemption tax at all.

Are there any other discrepancies?

Are there any other discrepancies?

Men can’t get raped by law.

Men can’t get raped by law.

I think there is a lot more we don’t know about. Getting rid of genders (from a legal perspective) would be a good solution IMO.

Salary is purely a result of negotiation and has absolutely nothing to do with gender.

There may be different negotiation results based on character traits etc. e.g. Women seem to be generally more agreeable than men and that may have an influence, but it’s definitely not because an evil old white angry HR man sits there and thinks “Haha a woman, she should better be in the kitchen so I’m gonna pay her only 80%”.

Perhaps it’s because getting along in Swiss business necessitates frequenting strip clubs, like you suggested in the other thread

Salary is purely a result of negotiation and has absolutely nothing to do with gender.

Ok, I guess this is another topic where any reasonable discussion with Patron is futile.

Ok, I guess this is another topic where any reasonable discussion with Patron is futile

Why, what’s wrong with the statement? Do you have any evidence where salary gaps can only be explained as a cause of gender discrimination and not external circumstances, negotiation skills, education/experience, and character traits (btw. there are also men who are less agreeable than others and they may have lower salaries as well)?

There is no real gender gap in salaries. It’s fabricated, I agree with @Patron

Agree. The CEO of my last company, where I was a manager told me the women were bad at negotiating a salary raise. When he asked them, they didn`t say a %, so he gave them a lower amount than what he already had in mind, whereas the men always said e.g. 8%, from where negotiations started.

It isn’t just retirement which is affected by a gender change (on paper). There are many discrepencies, and in the most extreme cases the differences can up to over 1 million francs in lost or gained income. You can find a good list of them here:

Financial Inequalities Between Women and Men in Switzerland

Get informed about differences in the way women and men are handled in Switzerland with regards to key areas of finance.

Honestly I’m rooting for some of the people on this thread to try this “trick”. Would very quickly gain hands on experience on micro-aggression, being misgendered continuously, having people “assume” things based on your appearance or your stated gender, etc.