I have purchased an electric bike. Given the price I would really like to keep it as safe as possible. At work and at home, there is no risk (closed garage).
I need a lock for the case when I leave it in the street.

I read on the web many things but they all disagree among themselves. Is a U lock better than a foldable one ?
What have you read ? what you have chosen ?

I think leaving the bike in the street is more a question of where than with what lock.

After watching the lock picking lawyer on YouTube for a bit I would say all locks are pickable with the right tools.

I wouldn’t leave an expensive bike in an area with a lot of bike theft, no matter the lock. If they show up with a big truck and an angle grinder there’s no stopping them.

So my advice would be to get a “decent” lock that stops an unprepared drunk teenager from taking your bike and take it no further.

As @marcel-burkhard said, the most important is probably where and how you lock your bike rather than with which lock. I use a U-lock from kryptonite, the “New York” model. It is quite heavy but with an electric bike it doesn’t matter so much. Anyway, it is more likely that the lock gets cut open rather than picked.

Out of curiosity, which e-bike did you purchase and what are the specs?

I wouldn’t leave an expensive bike in an area with a lot of bike theft, no matter the lock

You mean in Geneva, for example

The tip I heard was to remove the battery.

Thank you for your replies, I appreciate it. I bought a Riese Muller Roadster touring hs. I am very happy. Great performance for the price.

Lock picking always wins. Nothing to do about it. Fortunately almost nobody is able to do it.

I don’t leave my bike overnight in the street but I still want to use my bike. Thus I have to take the risk when I go shopping, visiting people, to the restaurant and so on and so forth. At work and at home it is in a secured place.

Interestingly, I had also pre-selected the kryptonite New York, perhaps in its “Faghettaboutit” version. The test made by the nytimes is reassuring, as well as this one.

Just don’t try to hide your bike. Lock it in plain sight where someone trying to cut it open would be exposed. How To Lock Your Bike Securely

The best lock will last no more than 1 minutes with a pro.
To increase your chances, you could also carry 2 U lock or mix with a ABUS 90cm folding lock to secure both wheel hoping the pro doesn’t carry tool for both.

You mean in Geneva, for example

To be fair I had two locked bikes stolen in Aarau (around 2011 IIRC). I think bike theft is quite a widespread issue in Switzerland.

After that I gave up on bicycles

A foldable electric bike like a Brompton.
It is quite expensive but at least you could park it in the office and in your place.

I’m using this one 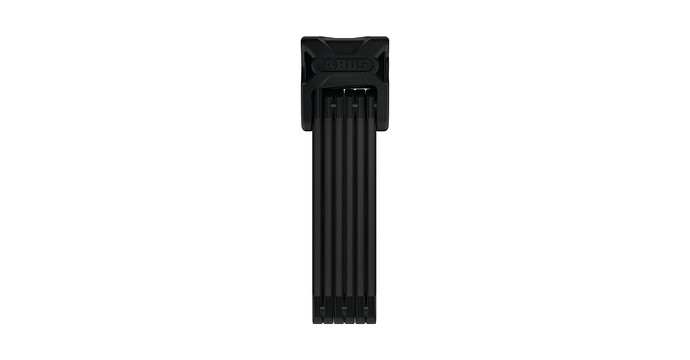 The soft exterior is resistant and protect the bike’s paint when the bike is locked.

Since I’m using it, no more stolen bikes. I recommend it.

If possible take your battery with you when locking the bike outside… Insurence pays back the full price of the bike and you would have 2 batteries if it happend.

If you have out of home theft insured of course.

Try as much as possible to lock your bike to something and to have the front wheel also locked (or the rear, some have a small fixed lock for rear wheel) … A good robust lock with some isolation to prevent scratching the paint will do…the bigger the circumference the better.

With ebike you wont feel the weight of the lock

A friend had this lock cutted like butter with a plier from what seems like professional thiefs… They left the lock as souvenir XD bike was left outside a flat in residential area.
I guess it also depends of the city. Geneva is specialy know for bike thefts. Lausanne much much less…

I do have a gps tracker and a sign warning about it. It seems that the kryptonite New York resisted quite well against a bolt cutter. The ABUS BORDO is also a good option it seems.

Thank you all for your great advises !

Did he have the same lock ? The quality varies greatly from one brand to another.

I’ve no shame leaving my E-bike in the street and feeling safe.

With my lock, unless the thief comes with a disk grinder (hopefully he will get noticed in Geneva), I don’t see how they can quickly open it.

Bolt cutter won’t do it.
Lock picking ? the key is more complex than my flat’s key

If a lock cannot be open quickly, the thief will leave (same applies to someone trying to break in your place).

As you said, the most important is always to lock the bike to something. It’s easy to put a bike in a van.

Did he have the same lock ? The quality varies greatly from one brand to another.

Yes pretty much the same lock. Very safe lock btw (as least he thought so for his CHF 4k bike) but it was cut with a plier… maybe hyrdolic or just a big crobar.
For the anecdote, I helped a girlfriend to cut a a big lock with a grinder (asked for electricity in the nearby flat) for which she had lost the key in plain daylight, with sparkles and all, we hadn’t one people stopping by

Get a decent lock to prevent majority of attempts (foldable or U or chain, whatever you find most convenient),
and a decent insurance that covers it (my household one already does).

That’s pretty much all you can control.

If stolen you’ll get your money’s worth back, I wouldn’t worry too much with that peace of mind.

(Experience note: had 3 bikes disappear in (gross)Basel in 4 years, one of which was even a colored and branded company bike

So, now I have a question and I hope very much that someone has sufficient knowledge to answer it. This question does bother me.

If you leave your bicycle on a street, locked with a good chain to something fixed and it got stolen, how insurance classifies it? Simple theft or not? It is not clear from the description.

But then most coverages of simple theft insurances are not sufficient to replace an electric bicycle.

You’re right, I forgot which insane prices eBikes command here.
My insurance covers sports equipment etc. up to 2k (200 deductible).
But I would assume that could be negotiated and increased if needed.

Re. Your “simple theft” question, I wouldn’t know the right classification, but I know from the experience there were no questions asked when I sent them the listing with the amounts lost (I even included the lock itself

), just a call to confirm they will sort it out.
Axa btw. if relevant.

This is unfortunately not precise enough, there are fine legal distinctions.