Where to buy Alibaba stock

I was thinking about buying Alibaba stock for the long term after the recent drop in price. My point is not about this choice, but on how you would execute it. I found at least 4 possible ways of buying it:

Which one would you choose, considering:

Thanks for your help!

Best legal (and USD/CHF inflation) protection would probably come with the BABA:SW with the risk of a bad price due to low volume and high spread.

Best legal (and USD/CHF inflation) protection would probably come with the BABA:SW with the risk of a bad price due to low volume and high spread.

With regards to dividend taxes the domicile of the company is relevant, not the stock exchange. I don’t have any experience with stock of companies domiciled in China/HK, though, with regards to taxes or legal risks.

If you already use a broker such as IBKR with access to NYSE and inexpensive currency conversion, I’d likely buy it at NYSE. I expect slightly lower cost than at SIX. However, if this is buy and hold with very infrequent transactions, the difference could well be negligible.

Just don’t. I really do not want to get too political here but China’s Tech Crackdown Screws Foreign Investors - YouTube tldr.: CCP will screw you.

Not saying there aren‘t risks - but that YouTube channel is clearly (negatively) biased.
Walking a fine line between ostensibly presenting facts and half-truths and hyperbole.

Yes, that channel is more for entertainment purposes but it does a decent job in exposing CCP bulls**t.

If you want more investment-related information here is for example passage from the letter to shareholders of the biggest Hedgefund in the Czech Republic, basically, they do not invest in China because they do not consider it ethical plus in the former eastern bloc we have our very bitter experience with Communism. 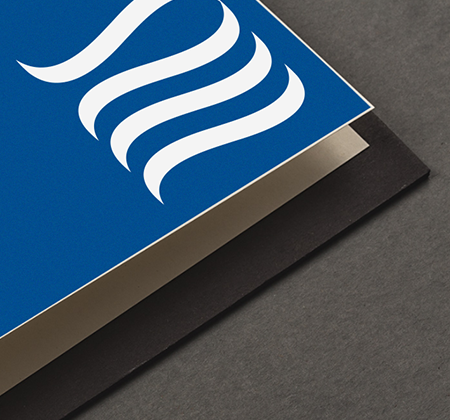 RISK. ANYBODY INTERESTED AT ALL? In the nearly 30 years of my...

We avoid some regions
You may remember that in earlier years we had several investments in China and in other countries of Southeast Asia. We devoted several years of effort to analyzing this region and we were looking for good investments there. In the end, we came to the conclusion that it would be better to avoid this region altogether. Investing is a matter of probabilities and the probability that we will succeed in searching for good investments here is lower than it is in developed markets for a number of reasons. Generally speaking, it is not worth taking risks that we can avoid simply by going elsewhere. Therefore, over the past ten years, the focal point of the Fund’s portfolio has been in developed markets

It is really vague I know, unfortunately, more info is available only in Czech. 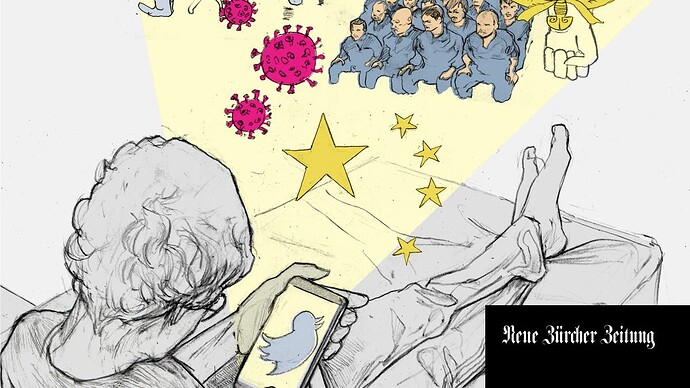 A Swiss Ph.D. student tweeted critically about China. Afterward, his professor at the University of St. Gallen wanted nothing more to do with him, worried that her own ability to get a visa would be at risk. 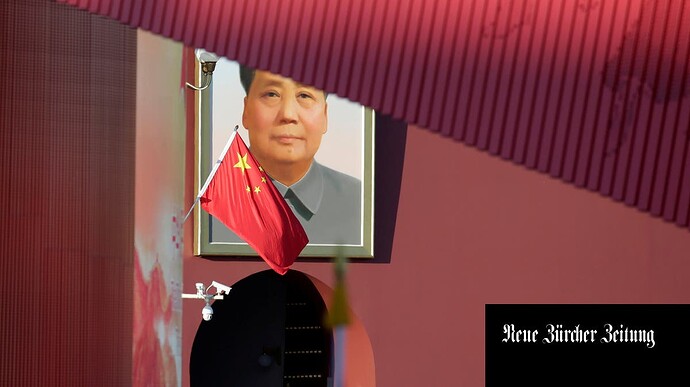 Fear of Chinese retaliation is undermining freedom in the West

It's easy to point fingers at the Chinese government. The West in particular is responsible for this. Yet Western institutions must also must defend their values, and have the courage to face the consequences.

But yeah feel free to send your hardly earned cash to the regime which is committing genocide do not give a damm about human rights and will probably screw you over.

But yeah feel free to send your hardly earned cash to the regime which is committing genocide do not give a damm about human rights and will probably screw you over.

Oh, if that is a problem we shouldn’t invest in US companies either, and we feel their grasp even stronger.

I have not much idea about emerging markets but analysts seem to consider BABA a clear BUY.

I can only say don’t buy Alibaba on the US stock market, for all the details watch this video from Pensioncraft China Stock Market Crash - Buy The Dip? - YouTube

If I was in your position I would probably buy an ETF (China or Emerging Market) which includes the highest % of Alibaba stock. Most of them have Alibaba in first of their top ten positions. For example look at CNY.PA (https://www.assetmanagement.hsbc.co.uk/en/institutional-investor/fund-centre/ie00b44t3h88?t=4) where Alibaba makes 13% of this ETF and in that ETF it is bought on the Hong Kong stock exchange.

Just want to present the other side of the argument from the University of St. Gallen (article is in german), it hasn’t received as much attention: 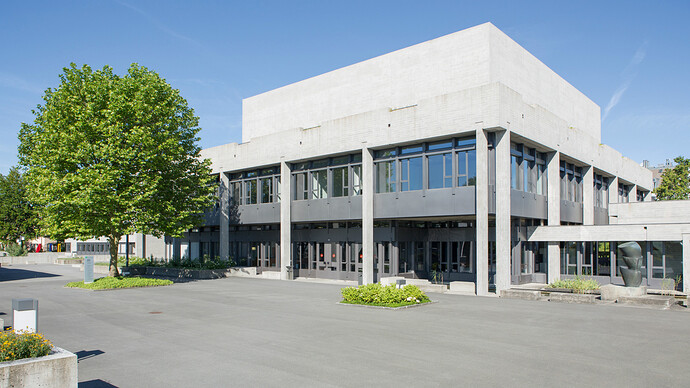 Which side of the story you believe is of course up to you.

and in that ETF it is bought on the Hong Kong stock exchange.

…where you only get the same thing:

Ah, my understanding was that the special VIE structure was only used for the chineese companies traded on the US stock exchange and not on the HK stock exchange.

edit: oh god you are right, their ISIN number start with KY which is for the Cayman Islands… so sorry about the noise, not even such ETFs as I suggested will do the job…

The question “9988 or BABA?” has interested me personally for a while, I recently found this blog-post, and although it doesn’t add much that hasn’t been answered already, it maybe sums it up nicely. 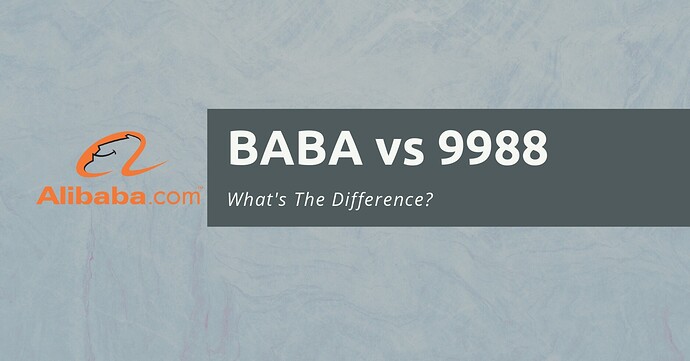 If you want to buy the Alibaba stock, there are actually 2 options! Which should you choose?

It’s weird that the China ETF’s like MCHI would hold so many/all(?) of the big names in their KY… versions
https://www.ishares.com/us/products/239619/ishares-msci-china-etf

For example this CN…-only ETF I found was this one, and here all those “big names” are missing…CNYA iShares MSCI China A ETF | CNYA
Well, it does say “Exposure to the locally listed portion of the Chinese stock market that is denominated in the local currency (Chinese renminbi).”

And as far as I understand from this article, tthere is currently no Alibaba , in CN… form on any Chinese exchange. A private Chinese mainland investor also only has the US ADR and its Hong Kong listed “twin” available. 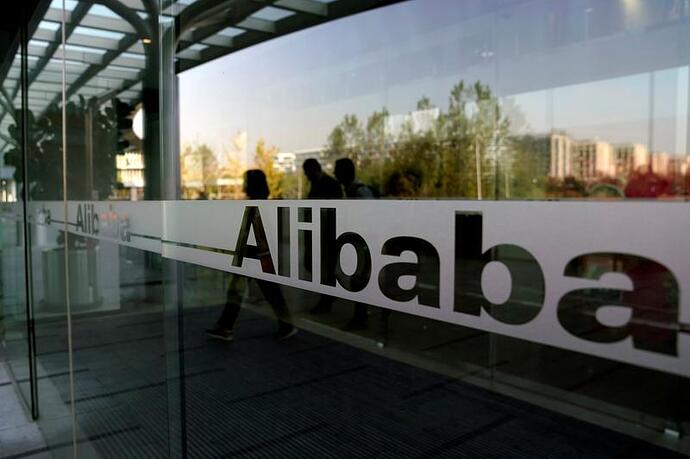 Explainer: Why is Alibaba listing in Hong Kong?

Chinese e-commerce giant Alibaba is set to price its first share sale in Hong Kong next week, raising up to $13.4 billion in what will be the largest deal in the city since 2010 and the world's biggest ever cross-border secondary listing.