What would happen if Credit Suisse goes bust?

I’m seeing unsubstantiated rumors on Twitter that credit suisse may be on the verge of bankruptcy. Most likely this is just noise. Nonetheless, I’m curious what effect this would have on:

a) the financial system in Switzerland
b) the job and property markets, particularly in the Zurich area

As an example of my thoughts:

Twitter rumors seem to revolve around share price taking a decent dive in the span of 1 or 2 days, and default swaps levels .

I hope there are ways to keep it afloat, if it really is in such a bad shape.

Effects of such an event would go beyond Switzerland I guess, it is a globally relevant bank so that would at least temporarily rock the whole financial system.

For small fishes, amounts up to 100k CHF should be paid out quickly by the protection scheme (one month?), in theory. Not sure how this plays out in reality and what happens to larger accounts.

Would this have any effect on all the funds of CS? like most of the main swiss funds offered trough VIAC and finpension for Pillar 3A?

I don’t think this would have a big effect on CSIF funds, as these assets are in a special separate bucket from the bank’s assets. Also all the securities in the funds are not CS (a small % of the whole assets is indeed invested in CS), but securities from other companies, which are not directly affected by CS going bust.

There may be some administrative issues, but I don’t expect that there will be any huge problems.

I do not know if the swiss government will see CS as “too big to fail” and bail them out like they did for UBS in the last financial crisis. If CS is really on the edge, I am sure there are discussions between them and the government at to moment.

and bail them out like they did for UBS in the last financial crisis.

Going into offtopic, sorry, but this is something I wanted to understand long time ago. When a “bail out” happen, of course there are media screaming that taxpayers money are going to big boss’s bonuses, but how does it work in reality? Do I understand correctly that “the government” takes over a substantial chunk of stocks of the “bailed out” enterprise and can control their operation? And later sell these stocks with a profit? I read some comments about Germany bailing out Lufthansa in 2020 and then selling stocks with a huge profit.

And in particular what happened with UBS in 2008 and later?

And in particular what happened with UBS in 2008 and later?

It is a bit more complicated than just buying stocks. For UBS in 2008 I found a very good article (EDIT: in 8 different languages) which summarize what the government did to save them: 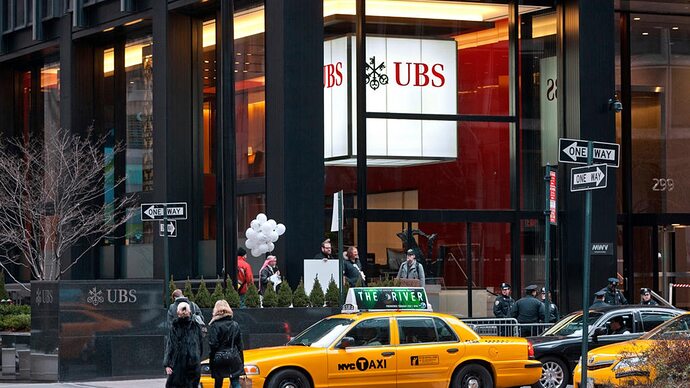 As you see in the article, the plan is taylor made for their problems. I guess it would be something completely different for CS if they intervene.

Fwiw, checking the financial times, there’s nothing about credit suisse being in the kind of trouble that would necessitate government intervention.

UBS was not rescued directly by the government’s finances but using the SNB (Swiss National Bank) as a “bad bank”. Thanks to the Fed (Federal Reserve)'s intervention, the global situation was rescued and things went well for everybody including the SNB and UBS.

Keep in mind that their Swiss business (or at least great parts of it, including their Swiss retail banking business) has been separated into a separate entity, Credit Suisse (Switzerland) Ltd.:

I’m too lazy to search for it, but there were a time when UBS “bought” SBS but apparently it was a merge in the other direction but had to be shown the other way around or something like that.
I don’t think it will be allowed this time between CS and UBS though. So maybe the non-swiss CS part will be sold to someone else.

Very interesting comments! To bring the discussion to the second point in my first post:

I understand that credit suisse employs many people in Zurich (at least, I have seen a few large credit suisse offices in a few places around the city).

Does anyone know how many people are employed, what branches of the business they work in and therefore what the likely risk of job losses would be?

From what I’ve read here and there is that CS’s international business was problematic. Retail banking in Switzerland seems to be doing pretty well.

I read somewhere not too long ago (~10 days ago) that CS was thinking of reviving its “First Boston” brand. I wouldn’t be surprised if the CS business was split into two separate entities,
CS Suisse retail and First Boston for the non-retail part. The retail part would be merged with UBS Switzerland, the best solution in my opinion to keep the face; the non-retail part would then be considered as a new entity/new group.

I think we don’t need two big banks in Switzerland. I think that UBS has a better international presence and that, for the image of Switzerland and the Swiss banking place, seeing CS disappear could be “a solution”.

Yes, but in the unlikely event they don’t get that capital, they could become insolvent (or in breach of Basel III liquidity requirements, or something like that).

And the CDS (Credit default swaps) prices for Credit Suisse have surged and are now close to GFC levels.

Does anyone know how many people are employed, what branches of the business they work in and therefore what the likely risk of job losses would be?

Typically the kind of information you might find in the annual report (page 63 in this case) :

From what I’ve read here and there is that CS’s international business was problematic. Retail banking in Switzerland seems to be doing pretty well.

I wonder - I’m no expert at all - to what extent are the entities really separated and not dependent on each other? Would there be no domino effect at all?

Would there be no domino effect at all?

To other financial entities maybe? To retail seems unlikely to me, retail liabilities are pretty senior and if it’s a liquidity issue someone (e.g. SNB) will step in to smooth it out (doesn’t make sense to let a bank fail due to liquidity dislocation).

Also is there much being discussed by actual financial analysts or similar (regulators, central banks, etc)? Or is it mostly WSB chatter? Is CS the new meme stock to bet against?

Would there be no domino effect at all?

Most probably, if the group went down, yes. That said, I assume that at least the retail/SME units will be kept afloat, with government / SNB intervention, if necessary.

In other words: ordinary people in Switzerland aren’t going to lose access to their bank account or savings just because their investment banking or some entity somewhere else in the world goes bust.

I think we don’t need two big banks in Switzerland.

We also don’t need a single big bank. Actually we need less a single big one rather than two.
The merge will never happen, at least not with ubs.