The problem with America’s semi-rich

Here is an article about the upper-middle class and meritocracy that reminded me of some discussions I have seen on this forum. I think some of you may find it interesting: 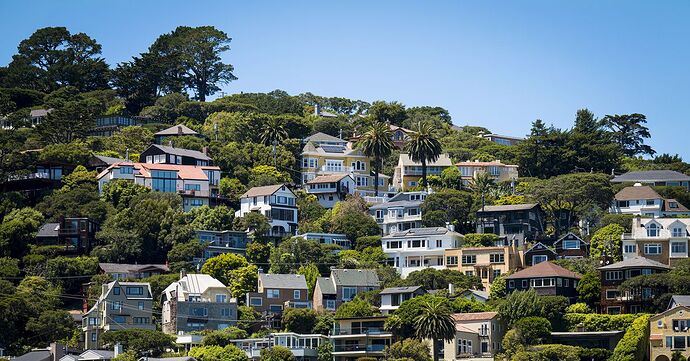 The problem with America’s semi-rich

First of all, Vox has a leftist bias, similar to VICE, HuffPost & CNN.

Secondly, this interview is about opinion and not fact. Not that it’s wrong, just to keep in mind.

I think some of the following factors contribute to the problem:

As a result, the upper-middle class is shrinking and people cannot maintain the lifestyle of their parents. So they go to great lengths to hold onto their status.

I think this video discusses the topic in more details, and from a historical perspective.

I think the article is wrong for most parts and it is full of stereotypes and false claims. Just another author who wrote a book with his abstruse ideas and is now being interviewed and praised by the left wing media. The book doesn’t get really good reviews so far. The problem is actually not with America’s 9.9%, the problem actually are people in academia who are coming up with such idealistic, surreal, and abstruse ideas. People who seem to be constantly appalled on behalf of others, because of their idealistic beliefs.

The inequality fuss is just one aspect it, there are various other discussions that go into the same direction. Gender identity, gender pay gap, the alleged presence of systemic racism, evil capitalism, and individualism etc. this leads in some countries to compelled speech legislation about gender pronouns. In the movie industry in a group of 4 people it seems now there must be at least 1 black and 1 asian, and 1 hispanic person, at least 2 of them must be women, better 3, and one of them has to be gay and there must be at least 1 lesbian. Similar rules now go into the corporate world in terms of filling managerial / board positions. We are degenerating our languages with nonsense such as the gender-* and there are linguists who claim we should abandon grammar completely to make dyslexic people feel more equal and less disadvantaged. And we’re going to limit free speech and rob people of their hard earned money in order to give it to the collective good. This is all crazy and totally nuts.

Where does that lead to? In the end, we are not allowed anymore to call things by their name, our names are going to be Equality 7-2521, Solidarity 9-6347, Collective 0-0009, Union 5-3992 because everything else would be potentially discriminating the person? What if that boy decides to be girl later on so a regular name would be discriminating so let’s call it Neutrality 3-4441? We are only allowed to use gender neutral pronouns and words such as man, women, mother, father get prohibited? Oh, and of course, we’re again ending up in a collectivist society? And a unification board is going to decide what jobs we’re going to do? And our salaries better go directly to the government so they can decide what to do with it for the collective good. If I’m lucky, I may get an Apple for the bonus my company paid out on my behalf to the government.

We don’t have an inequality problem, we have a problem with such sick ideas becoming fashionable. There are too many people having time to be appalled on behalf of others and to incubate such pathetic doctrines and dump it into society. Eventually, they promote the reintroduction of slavery, where the slaves are those who produce, and the masters are those who don’t. They want to subdue free individuals and make them a slave of the collective.

Why do such abstruse ideas become more and more fashionable? I think it’s because of our cultures. Even though many people are not religious nowadays, they were still brought up in a culture that is heavily influenced by religious morals and beliefs. Our beliefs, values, and desires are coined by religious doctrine and this leads to uncritical unreflective acceptance of position by most people.

People fail to think critically and reflect about their positions because they were brought up with beliefs such as that equality is something desirable and good. But such morals are artificial, and those claims are pure virtue signalling. I support equality of opportunity, but equality of outcome is not something good or desirable. It’s totally wrong, evil and completely immoral.

I also don’t see how is this the case:

Most of this culture of the 9.9 percent is an effect and a consequence of inequality

Oh, the infamous enemy, inequality! We need to make everyone equal, then they… will have less need to become better off than their peers? Where’s the sense in that?

I would try to explain what is happening in the following way:

I mostly disagree with both the article and the comments: I don’t think that using a political or economical lens will solve any of this.

What the article fails to mention is that:

It just happens that we live in a capitalistic society where desire and status are based on who possesses the biggest house, the biggest car, the best education, etc. And indeed, people being quite competitive, they are always making more efforts to keep being at the same place (the “red queen effect”).

But you could have a totally different society and still see the same mechanisms at play. If we were to live in a communist country, the status game would be to be ranked as high as possible in the apparatchik system of the Dear Leader. In other terms, we would find other ways to measure who has the biggest swinging d*ck.

These mechanisms appear as soon as you have a community forming. For instance on this forum I have seen a lot of people comparing (mostly implicitly) how much they were saving, who has the highest saving rate, what it means to be a good “Mustachian” (whatever that means). I don’t think it is necessarily a bad thing, but I think it is good to be at least aware of how we are wired as humans.

From there on, there are two main points to remember:

Today I somehow ended up reading about Daniel Markovits’ “meritocracy trap” which seems quite relevant to this thread:

The "meritocracy trap", a concept introduced by Daniel Markovits in his eponymous book, criticizes the aspirational view of meritocracy as being the cause of all problems associated with this matter: it is meritocracy itself that creates radical inequality and causes so many people in society, including those who are supposed to benefit from the situation, to be worse off. The accelerating inequality has been evolving under meritocracy’s own conditions. However, the author does not reject the who...

In 2019, Markovits published his third book, The Meritocracy Trap, in which he places meritocracy at the center of rising economic inequality and social and political dysfunction. The book takes up the law, economics, and politics of human capital to identify the mechanisms through which meritocracy breeds inequality, and to expose the burdens that meritocratic inequality imposes on all who fall within meritocracy's orbit. The book figured on the Amazon bestseller list and was widely praised.

Myth of meritocracy is a phrase arguing that meritocracy, or achieving upward social mobility through one's own merits regardless of one's social position, is not widely attainable in capitalist societies because of inherent contradictions. Meritocracy is argued to be a myth because, despite being promoted as an open and accessible method of achieving upward class mobility under neoliberal or free market capitalism, wealth disparity and limited class mobility remain widespread, regardless of i It...