I am currently researching pension fund options for my employer and was trying to look at other companies in Tech. I have not been able to find information as to how much large Tech companies were paying into the second pillar for their employees.

Does anyone have insights or good references on large tech pension fund details?

Is your own company? How many employees?
What are you looking for exactly?

I am trying to see how much other companies are paying into their pension funds for their employees, to make a case for my employer to pay more to increase its attractivity.

Wow, that’s nice. Is that regardless of age?

You might be interested in this study which compares the pension plans of the companies listed in the SLI:

It’s not big tech and doesn’t contain all the details but it should give you a general idea of the conditions offered by large Swiss companies.

Keep in mind that your employer has to increase the plans for all other employees in the same pension plan as well then. This might work if your employer is a small business, but if it’s a large enterprise it could get more complicated. Large enterprises might have different plans though for their employees.

There are also Pillar 2e options available, but it depends if you qualify for it.

has to increase the plans for all other employees

And indeed, it’s not a given at all. But finding some data to show that they could improve attractivity in this area is a good first step.

Hello TPS ! happy to see that we often have the same subject in mind

I am working in an IT company and we are looking to improve out attractivity and I adviced my boss to check in this field too. I will be very interessted by your conclusion

As a swiss actuary in the field of pension consulting, I’ve seen my fair share of plan designs, so here are a few observations and suggestions:

When I compared different P2 providers, I found the comparison from Sonntagszeitung very useful. You (@thepoorswiss ) can find the 2021 version here. I also found older versions of the comparison.

A more typical savings credit structure for a smaller company is the classic 7/10/15/18 (% of insured salary) from the BVG, of which the employer pays 50%

Employers can also pay more than 50%. This would be useful if the employer doesn’t want to increase the percentage of insured salary.

Now I don’t know how big your company is, but if you’re still looking at pension solutions now, I would imagine not that big

Another point to mention is that not all Pillar 2 providers might be available. Some have restrictions when it comes to clients, e.g. your company has to have a minimal number of employees.

Finally, I would stay away from so-called 1e plans (for salaries roughly above 130K), at least until some critical design flaws are fixed.

What are the design flaws from your point of view? I saw that yourpension (finpension) is also offering a 1e plan. That might be a good alternative to traditional 1e plans from large pillar 2 providers.

All very good points @FIREstarter, thanks for the complementary input.

As for the design flaw of the 1e plans, sorry for dropping that at the end there without any substance! From my point of view, the main and critical issue with those plans is that they are also subject to the so-called portability of pension benefits in Switzerland. Indeed, as most of you on this forum knows, when changing employer, you are theoretically supposed to transfer all of your 2nd pillar assets to the new employer’s pension solution.

Now, imagine that you move from an employer with a 1e plan to one without (they are not that common yet). This means that you would have to (again, theoretically) realize your gains or losses as you pull your vested rights out and transfer them to a ‘traditional’ pension fund*. Effectively, this means that your actual investment horizon for these assets should not have been your retirement horizon but rather your employment one (arguably much shorter).

I think this reality is obvious when you look at a report like PwC’s 1e market study like this one (link below), which shows that asset allocations of 1e plans are currently more conservative than the one of traditional pension fund. A shocking result if you ask me, especially since these plans are marketed as providing the freedom to take more risk for more potential return. 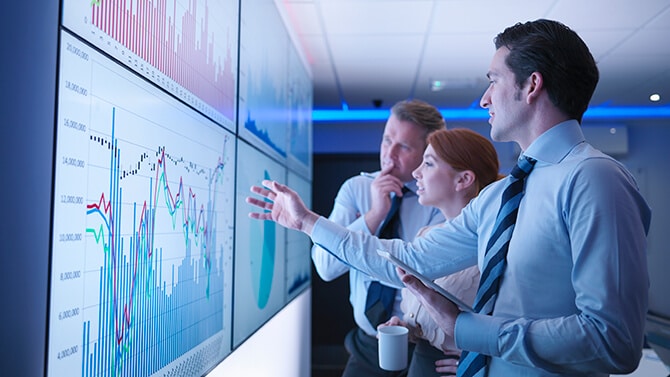 Building on our 2019 and 2020 surveys, we again asked the largest providers of Swiss 1e pension plans about their offerings and future expectations for the market.

*Note: historically I think you could leave your vested rights in the prior pension fund for up to six months, but I believe that there was a proposal recently to increase that to two years (which might help for 1e plans). Not sure where that stands legislatively now.

AHV will step in if you pay more than 70% as an employer. Afaik, 70% is the absolute maximum they approve. It will only be noticed during a revision (every 3 years or so), but then you have to pay.

Now, imagine that you move from an employer with a 1e plan to one without (they are not that common yet)

Thanks for the info. Indeed, I didn’t think of this (I’m self-employed). Still, I don’t have a 1e plan yet.

I think this reality is obvious when you look at a report like PwC’s 1e market study like this one (link below), which shows that asset allocations of 1e plans are currently more conservative than the one of traditional pension fund

That’s the point where you really have to check your 1e plan thoroughly. Several companies are offering 1e plans for management and directors, but often times the only one who really benefits are the P2 providers. Higher fees, bad asset allocations etc. That’s why I referred to valuepension earlier. Their offer looks a bit better.

*Note: historically I think you could leave your vested rights in the prior pension fund for up to six months, but I believe that there was a proposal recently to increase that to two years

You can leave your capital with the prior pension fund for up to two years (I personally know someone who did that). After that, you have to transfer somewhere else.

Thanks for all the information and discussion, this is very helpful.

Just to be clear, I don’t want to recommend my employer to change pension fund, but I would like to make a case for my employer to contribute more each month. I have heard that some companies, like Google, were quite generous in how much they were paying in the pension fund.

As for the insured salary, we already have a very good plan in that regard.

I also agree that 1e plans are only good if you plan to stay at the same company for a very long time or if you can move between two companies with the same 1e provider, which is indeed extra rare.

Is it a small or big company?

The problem is that smaller companies do not have access the to nice offerings big companies have. And in bigger companies you just can’t discuss such things. So, either way there are a few big rocks to move.

Anyways, many companies talk about employer attractiveness but it must not cost money. You can’t bring the management to spend money when they don’t see a business case. And as long as they find enough people on the market so that the business still runs, no problem, so no need to improve something.

The owners are foreigner so I am not sure they are aware of it or even care about it.
I am not sure what is the best approach.
What is easier/cheaper for an employer ?

The first thing to do would probably be contacting the employee representatives of the pension commission (their name should appear on the pension certificate).
Admittedly sometimes they have no idea of what they’re doing, but if you have someone reasonable they can at least raise your points at the annual meeting and you might be able to get some improvements.

That’s the point where you really have to check your 1e plan thoroughly. Several companies are offering 1e plans for management and directors, but often times the only one who really benefits are the P2 providers. Higher fees, bad asset allocations etc. That’s why I referred to valuepension earlier. Their offer looks a bit better.

You’re absolutely right. As with any other service, one should compare various offers, as some are not competitive at all (in terms of fees or investment options for instance). From that perspective, valuepension / finpension does seem to have one of the better options out there.

For the sake of clarity though, I just wanted to point out that what the PwC study shows is that it is the people who currently choose more conservative allocations, not that the allocations on offer are more conservative. Once again, in my view, this suggests that people do understand that this investment vehicle does not have the same investment horizon as a pillar 3a account or a 401(k) for instance.

What is easier/cheaper for an employer ?

It’s impossible to fully quantify unfortunately without at least two pieces of information:

For instance, increasing the employer part of the contribution from 50% to 70% is a 40% increase, whereas a 2% increase in the retirement credit for each age category corresponds to a roughly 29% to 11% increase depending on which category you’re looking at. Note, however, that if these credits are increased without changing the employer’s share of 50%, the employees need to cover half of the increase, so the increase for the employer will vary from 14.5% to 5.5% here (depending on the demographic make-up of the population). So in that case, it is way cheaper to simply increase the retirement credits.

Too many numbers and percentages already?

That’s why at some point a pension consulting firm might come in handy.

In the meantime, I think a good starting point is to contact the employee representatives of the pension commission as @s-g suggested.