So the total tax on that dividend was the 150 paid to USA, even though the Swiss Tax Office would charge you only 100.

Thanks for your reply! So given that 15% is the final tax on dividends it is not too bad compared that in Finland the final tax rate is approx 30%

So given that 15% is the final tax on dividends

it is not, you get 15% back and then pay full swiss tax on them, most likely more than 15% marginal unless you’re poor

So given that 15% is the final tax on dividends

it is not, you get 15% back and then pay full swiss tax on them, most likely more than 15% marginal unless you’re poor

Well currently living in canton Zug and being on Quellensteuer my total tax rate is about 4,5% (i don’t know what is my marginal tax rate but most likely below 15%) so I think that i can be considered poor in swiss standards

In that case swiss tax authorities would actually send me money in the amount of the difference between my marginal tax rate and the 15% paid to uncle sam (hypotetically speaking if i had no other income and taxes to pay)?

Well currently living in canton Zug and being on Quellensteuer my total tax rate is about 4,5%

Then you only pay 15% withholding on dividends at source indeed

out 4,5% (i don’t know what is my marginal tax rate but most likely below 15%) so I think that i can be considered poor in swiss standards

13 posts were split to a new topic: High Paying Careers

first of all, thanks so much for this post. I just moved to CH and try to find the best brokers, investments etc.

You talked about capital refund and gave two examples.

I clicked on both links and the last column in the table say “zu versteuernder Ertrag / taxable revenue”. I expected it to be 0 CHF because I thought you do not pay taxas on capital refunds.

Thanks in advance
frey

Are you talking about capital gains distributions? For passive ETFs it’s a rather rare and neglible thing, because it usually only occurs due to a large rebalancing event. For shares I think only swiss companies that have done the necessary accounting paperwork (“Ausschüttung von Kapitaleinlagereserven”) qualify for it to be tax free. You can load up ictax database on your machine and scan yourself for such shares

How do I identify ETFs (or shares) which use capital refunds instead of dividends?

No ETF uses “refunds” instead of “dividends”. Dividends have to be paid out as dividends, and taxed as dividends.

Other payments happen for other reasons, but that’s generally because the ETF isn’t well-run (capital gains - but those are tax free in Switzerland, as long as you can find relevant fund documentation), or interest.

For shares I think only swiss companies that have done the necessary accounting paperwork (“Ausschüttung von Kapitaleinlagereserven”) qualify for it to be tax free.

What Panda says here is of course correct.

Companies may return reserve capital, e.g. from the agio of newly emitted shares. In contrast to dividends (e.g. paid out from revenue), these returns are not taxed as income. Neither Verrechnungssteuer. My funds often pay them out separately.

See this article, also about the apparent end of this possibility (the link is correct, the extract shown below is not):

Does anyone of you know a good tax advisor near around Zurich city, who is familiar with this topic, and can give reliable advise on it? Topic: tax optimisation

Income below 120k
Investing in US ETF VTI & some single stock positions with dividends?

Without really going out of your mind, there is probably not much you can do other than the standard deductions of work-related costs, house maintenance (if you own a house), 3a deductions and so on. Just be careful when you fill out the tax declaration. Don’t give away some free deduction, just because you are lazy (I did that for years).
If you are close (<8 years but not closer than 3 years) to your retirement age, you could consider paying extra into your pension fund. For longer time spans, the yield of the pension fund is just too low, then you better invest that money in VT and pay income taxes. For less than 3 years, the tax administration will slap the taxes right back on when you cash out.

Thanks for your answers, really appreciated. I tried to chew all of those tax-related topics, but I guess I was at the end lost in the jungle of the comments.

I think my situation is pretty simple, like at any other expat’s here in Switzerland:

I’ve already tried to file the W8-BEN at InteractiveBrokers, but they told me I’m fine. But I can still recognize 30% withholding tax on my dividends at IB

You should double check this, as they basically already take care of the 15%, and only 15% is taken from your dividends.
I believe that you registration process (stating you are not a US resident) kind of “counts” as that W8 form, and is handled accordingly.
I certainly have only 15% taken away from mine.

On B permit why do you have to file taxes if below 120k income? Isn’t that detrimental when living in Zurich (where the city tax is higher than the cantonal average)?

(that said if > 5 years in CH, with a German passport the C permit should be a formality due to reciprocity agreement).

No it’s not fine. If you’re swiss resident you just declare this fact with W8-BEN and they must withhold only 15% per swiss-US treaty. File a ticket and demand them to fix it, you have a right

I’ve checked this with the IB support, and now it is everything fine. They corrected from the beginning of 2019 my withholding taxation.

The path in IB is the following:
Settings / Account Settings

Click on the small pencil icon beside of your name, it is hidden afterward in the small “Tax forms” line of account holder.

Okay people here’s the point that really grinds my gears.
Let’s Say you reach FI (Quit your job, just live form your assets). In my case stocks and you still wanna grow them. In my simple understanding they will automaticly classify you as an “gewerbe mässer wertschriftenhändler” because you can’t fullfilly point 3. (You are not emplyed anymore. You fill that with your taxes)

Therefore you will be professional trader. Which means you have to pay taxes not just on your capital gains, also on the market value of your stocks.(stocks gain in value,. Obvioulsy you pay taxes on the assets. See attached bsp. 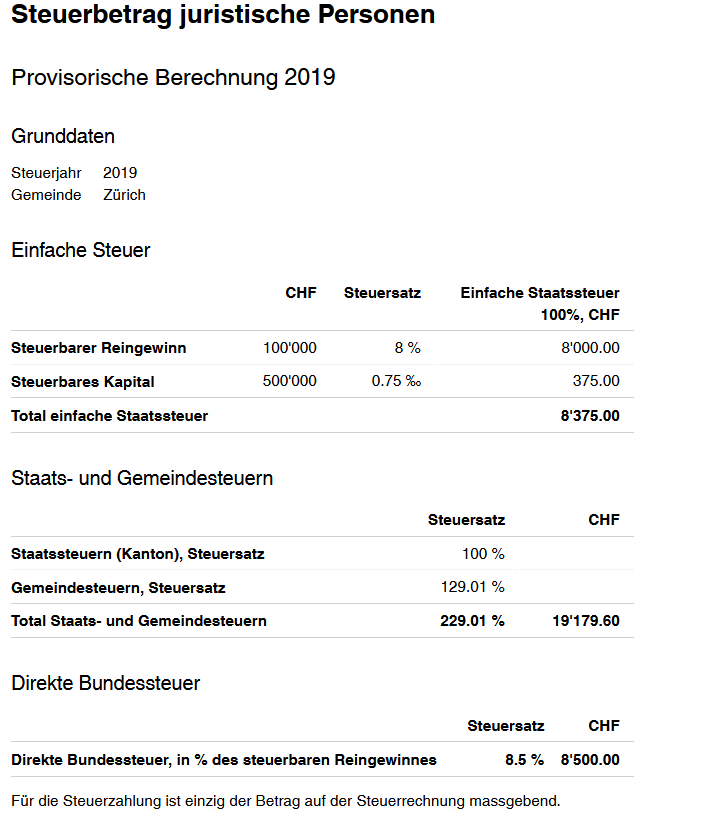 I’m no tax expert but this is the way I’m seeing this as today.

No, this conclusion is definitively wrong. It only means that you are not guaranteed to not be classified as a professional trader, i.e. the tax authority might want to have a detailed look into your activities.

However, with the typical FIRE mind-set / buy & hold strategy you will definitively face no issue with your tax status. If you are in the grey area, doing quite some trading but also not overly sophisticated, you simply face a higher level of scrutiny, but the outcome of the judgement will/should be the same independent if you are retired or not (so it is probably easier to slip through the cracks if you are still employed).

Please search the forum, this has been discussed before.

Therefore you will be professional trader.

You aren’t the first early retiree in Switzerland. As a Firee your gains will be so small no one will care anyway…