I looked on the Internet but couldn’t find a precise answer. He’s there any advantage in terms of taxes, fiscal status or other related to the Swiss citizenship versus a C permit?

I’m thinking for years to do it (for the children’s, employability and my sense of “moral”, not just for money :)) and as the price of the procedure is not negligible, I’m wondering if it is worth it financially long term.

None that I know of. Rather the contrary (military service).

Cheaper car insurance, that’s about it.

Higher taxes if you don’t go to the military.

Thanks for your answers. It’s like marriage, almost no incentives… I don’t really understand why this politic.

Well you can vote to change that.
Ofc the left will vote you down because we are all the same etc etc.

If you like to travel you might want to switch if you old passport is not so popular, but this has nothing to do with taxes again.

Taken from here: https://www.afar.com/magazine/worlds-most-powerful-passports
I’ve seen other lists which count not the number but the quality of destinations.
(sorry, a bit off topic)

Thank you for that. I’m French citizen so the travel aspect is not affected.

However if I recall correctly, several years ago their was discussions within French government (under Hollande administration) to apply the double tax, like US does, to tax french citizen who live elsewhere. It was finally abandoned, but if that ever raise again it would be a huge advantage to Swiss citizenship.

Only danger is that if I try the citizenship when this happen, they can refuse it pretending I’m doing it only for fiscal purpose (I know it happen to some US citizens already)…

The real fiscal difference is between B and C permit, as others wrote.

There are advantages, like written above. And you become member of your community with far wider reaching decision power than elsewhere (yes, you are only one voter of many, but still you can decide much more as Swiss voter than I believe anywhere else in the world).

Higher taxes if you don’t go to the military.

Only until you reach the age of 37.

Thank you for that. I’m French citizen so the travel aspect is not affected

I can still think of some (admittedly very specific) situations where a second passport can be useful.
For example some countries are not very happy to let you in if you have stamps from their “enemies” on your passport.
It might also be handy to have a backup if eg your passport is stolen when you’re abroad

If you leave Switzerland long term, you might loos your C-permit (can’t remember the exact amount of time it takes).

For example some countries are not very happy to let you in if you have stamps from their “enemies” on your passport.

Both important upside indeed. thanks for pointing that out.

Yes sure. I mostly meant that compared to a C permit, Switzerland won’t take the nationality away.

BTW Fun fact, some countries do not allow you to lose your nationality, for instance Iran. Once Iranian, always Iranian.

Actually, while it might not be a “fiscal” advantage in the strict sense of the word, we have discussed one advantage last year (though I seem to remember not in a separate thread): Voluntary AHV/AVS contributions.

For example some countries are not very happy to let you in if you have stamps from their “enemies” on your passport.

Don’t most countries provide a second passport for those who have that issue? (afaik it’s a valid reason)

(Though there are still impacts, e.g. after visiting Iran, you’ll need a visa for visiting the US even if your country of citizenship allowed you to use a waiver program).

iirc there might also be some disadvantages, if you don’t plan on staying in Switzerland. E.g. not sure early pillar withdrawal are treated in the same way for citizens (and at least the dual taxation treaty often differentiate between 3rd party national vs. citizen)

Or if you already did it in your country of origin (and I think the single day you have to do in France applies).

I think that some countries require you to carry both passports when you cross their borders. You might not comply, but if they find out I don’t know how they would react. 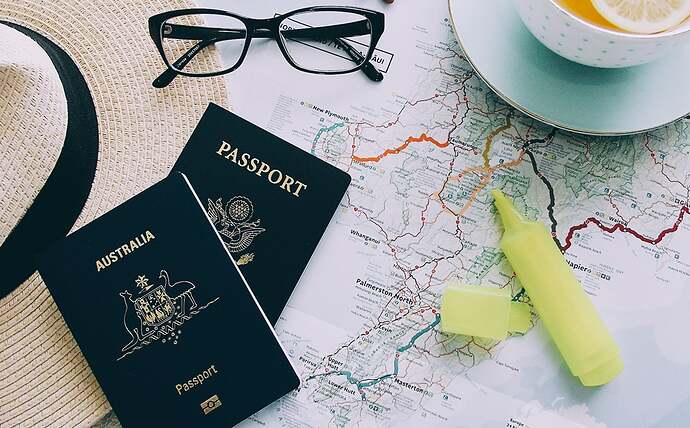 How to Do Two-Passport Travel

Traveling with two passports? You could find that it’s a mixed blessing. The door swings open to possibilities beyond the range of what a single passport can do, but total liberty may be a bit illusory — and sometimes you will need to be careful...

FYI, I applied in Vaud and got it, it tooks 2.5 years and CHF 1050.- including passport and ID. Not that expensive, probably worth the price and the wait.

Getting Swiss nationality can be the first step to lose UK domicile and avoid having to pay UK inheritance tax on global assets upon death. There are other criteria to meet.