Stocks vs Bonds vs Gold

Some guy at some forum laughed at me for believing that by holding stock I’m an owner of a part of a business, a productive asset. He said he puts his savings in gold.

After that I googled for some comparison of return between stocks vs bonds vs gold, and found this: 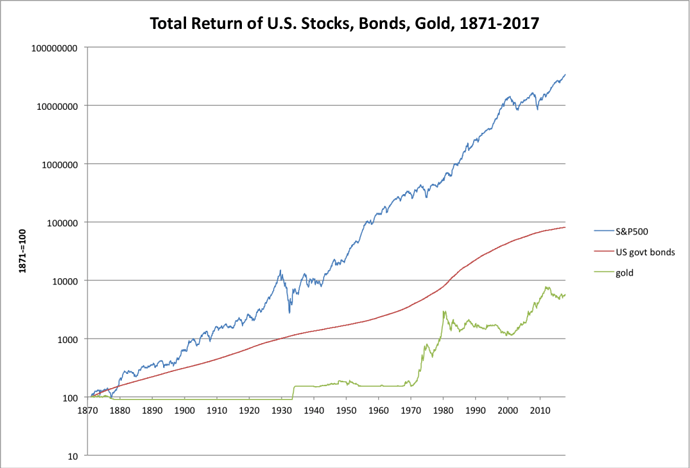 If you’re looking since 1870, then stocks are crushing bonds and gold. However, as the author mentioned, there is a significant survivor bias, as we are looking at the most successful stock market in that period, not struck by serious turmoil. 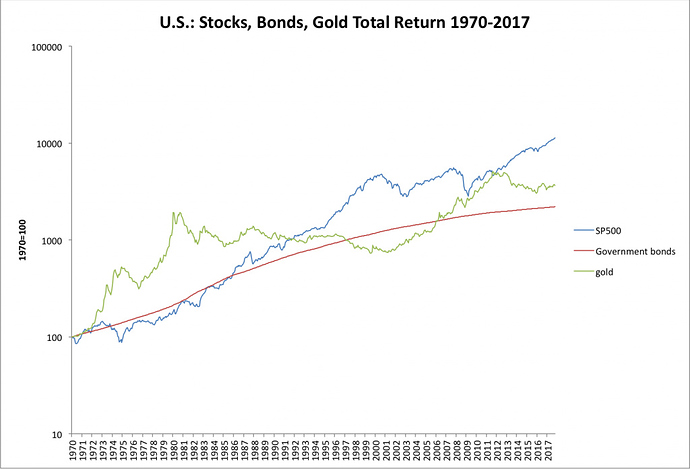 But if you look since 1970 then a different picture appears. When the dollar lost its peg to gold, people jumped on the gold bandwagon. It would seem logical, since people could have lost trust in cash, which could have been since then printed freely, causing inflation. 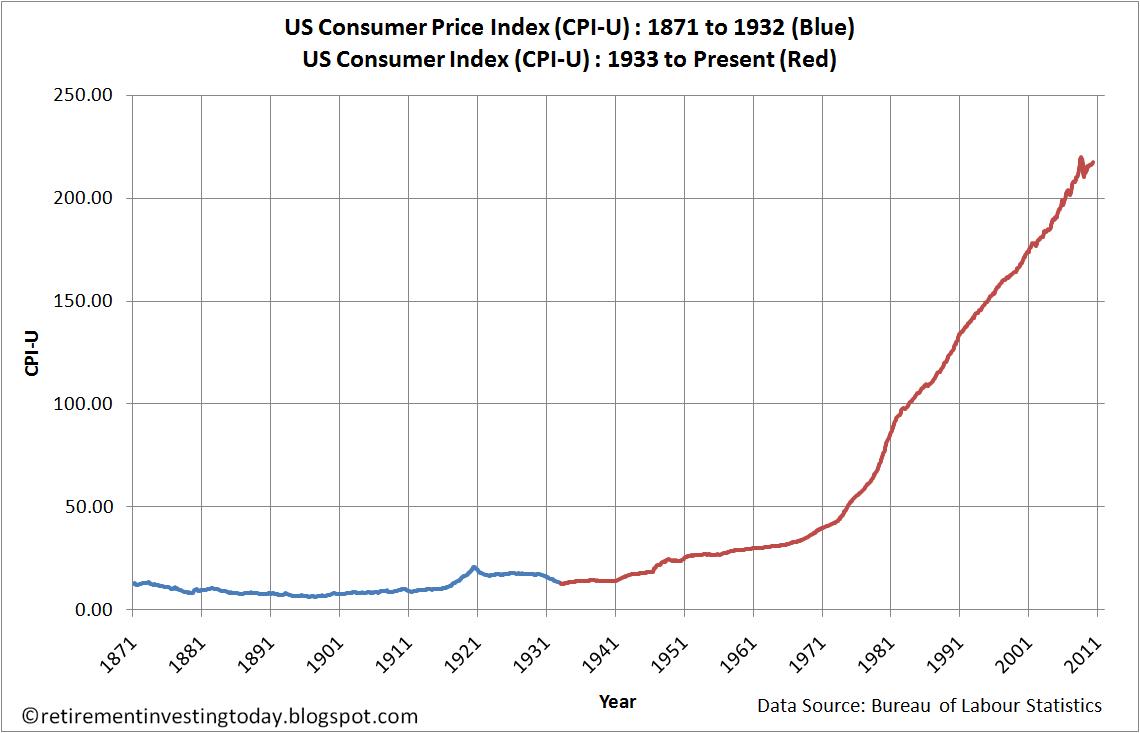 What really disappoints me, is that the return of S&P 500 has been stable in nominal terms. But since 1970 a big chunk of this growth is just inflation.

What do you think?

Well the graph’s legit but he’s cherrypicking his timeframe all too well as well. Gold essentially had two (or three) major periods of stratosperic growth: notably the 70s that you already mentioned and late 2000s, the banking crisis, while at other times it was mostly laying dormant or losing value.

Here’s a graph that tells a different story - trailing 30 year total return of S&P500 vs gold: 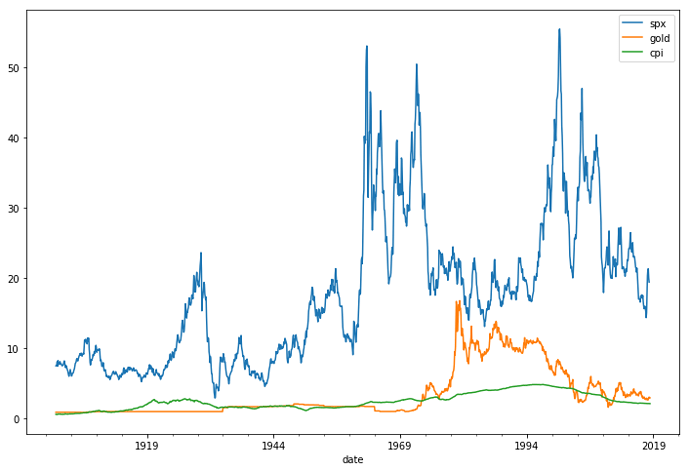 This guy made an extensive analysis in three parts about the effect of inflation on returns. Each part has its separate conclusions.

Part of his conclusions are (there is more relevant stuff, but I do not want to copy too much):

While detailed research shows that stocks have a weak negative correlation with inflation, this relationship is not pervasive over place and time, and most researchers recognize the large amount of noise in the data. This noise means that while stock returns may sometimes decline as inflation rises, at many other times stock returns hold steady or even rise with inflation. This noise is one reason that my simple correlation analyses between U.S. nominal stock returns and inflation in my last post showed that stocks move almost randomly relative to inflation changes. The mindful perspective is still that stocks are an “imperfect” hedge against inflation. Better inflation hedges (like gold) probably exist, but they come with the cost of sacrificing substantial long-term returns just to make you feel better about short-term inflation gyrations.

One incidential point, Bojack. All your graphs have logarithmic scales, which is appropriate for long term data. The last one - consumer price index - applies a continous scale, however. This impairs data comparison and results in a visually confusing first impression.

Edit: Compare it rather to hedgehogs graph with the same scale. I see from that roughly that after the very high inflation period in the 70/80ies (and the crash), stocks cought up forcefully until the dotcom bubble.

One incidential point, Bojack. All your graphs have logarithmic scales, which is appropriate for long term data. The last one - consumer price index - applies a continous scale, however. This impairs data comparison and results in a visually confusing first impression.

Of course, you’re right. I was looking for logarithmic aggregated CPI, but couldn’t find it. Showing trailing 30y return makes a lot of sense, the CPI too. It’s crazy that $100 invested in 1970 were nominally worth $5500 in 2000. But since aggregated CPI was 5, the real value was $1100. This corresponds with what I find on dqydj.

Thank you for the calculator, it was new to me.

It is really crazy, inflation IS the great robber. Yet many in Switzerland seek “safety” in low yielding investments.