Came across this useful table, and thought this was begging for a live Excel sheet. First of all, because depending on the municipality, numbers are presented as percentages or coefficients, so there was a clear need for harmonization if we are to be able to sort by tax charge. I also added total tax charge columns depending on the religious confession, so you’re able to sort on the column relevant to you to have a better idea of where your municipality stands in the Swiss tax landscape. Let me know if you find a bug in the calculations (I’m not sure if the total is correctly calculated for every canton or municipality, since the rules can change so much from one place to another, but I think it is still important to try to have something like this that we can refer to). Enjoy!

Here’s a link to a Google Sheets version. Beware that sorting is painfully slow, so you’re better off using Excel if you’re doing more than just viewing.

Thanks , however this sheet is not useful to do a comparison between states as each state has a different ladder

Can it be adapted to make a fair comparison, though? Even if we have to have a different formula per canton, it might be doable. Otherwise I can just group per canton so that comparisons are only possible inside the same canton.

Here’s a much more useable tax rates map from Tagesanzeiger, only a little bit dated maybe (2014) 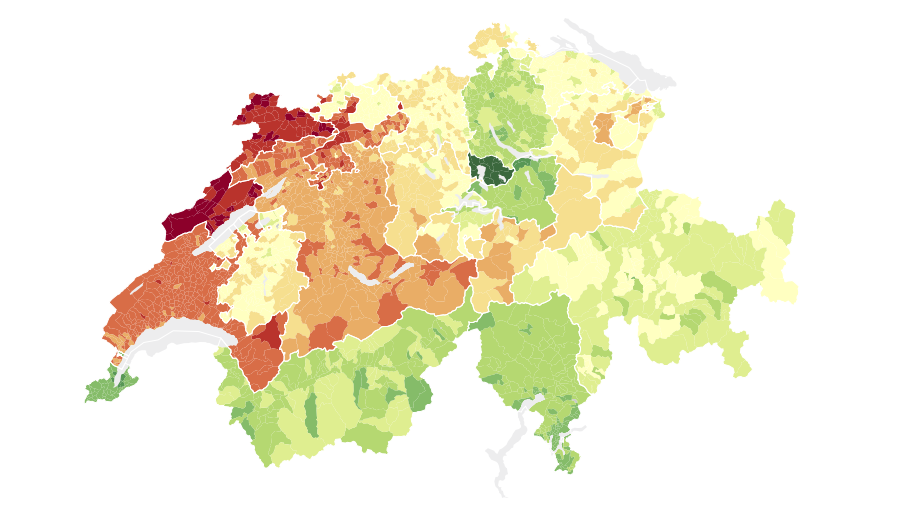 The Comparis calculator can also be pretty useful: https://en.comparis.ch/steuern/steuervergleich/default

I deleted the Excel file. Although not as flexible as an Excel sheet, one can always use comparis.ch to compare taxes in a canton, or different municipalities in multiple cantons, and that seems to be reliable.

Too bad that all tax paradises in Switzerland are in the German-speaking part. My kids wouldn’t appreciate having to learn a new language again at school. Maybe we can take advantage of that once they are in university