I have one from TCS both for Car and for Home, I got it for a cheap price as a special offer last year but I really wonder if it makes sense to keep it.

This might be a little outdated but it was second-best back then. 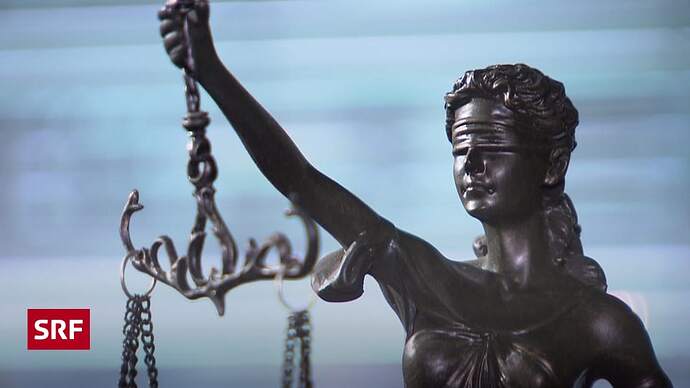 After reading the comments I’m not sure if anyone of those is actually good enough to justify the price.

I am my own lawyer

A legal insurance make sense the day when you need it, otherwise is just throwing your money out of a window. Neverthless, some insurance like AXA won’t use their jurist or lawyer to go in court, they will use one of their legal firm provider to do it. In addition, I think that the premium is less expensive than Allianz, Protekta, and other legal insurance.

Just make sure to understand when and in which field your legal insurance can be used. For example, if you want to get divorced, none of them will cover you.

A legal insurance make sense the day when you need it, otherwise is just throwing your money out of a window.

As are all insurances, or?

How would you know “in advance” when you might need it?
If a dispute already commences, it could be “too late” to get one, no?

As are all insurances, or?

How would you know “in advance” when you might need it?

I supposed that every legal insurance describe their legal field where they will help you in case you have a problem.

If a dispute already commences, it could be “too late” to get one, no?

Of course, they won’t take in charge something that has already happened, like other insurance that don’t take care you teeths problems if you have some before signing with them.

Our life situation changed drastically. We bought a new Tesla and an apartment. Which is why I’m again thinking about getting legal insurance. Protekta Comfort would be CHF 429 per year. Seems to cover everything.

I’ve had legal insurance for more than 5 years now. My experience is that it depends largely on who you’re dealing with at the company whether or not they’re going to take on your case, and, more importantly, how much effort they’re willing to put into it. So my experience has been rather negative, it’s kind of an arbitrary treatment you receive.

Also, my impression is that employees are suffering from high case loads, so not much incentive to put too much energy into single cases.

I still very much like the idea of legal insurance due to potentially high legal costs, but the way it’s implemented by insurance companies is truly lacking. Actually, I’m probably going to cancel my insurance this year, unless a new legal insurance model emerges, truly serving customers. So thanks for bringing up the topic

My experience is that it depends largely on who you’re dealing with at the company whether or not they’re going to take on your case, and, more importantly, how much effort they’re willing to put into it. So my experience has been rather negative

Yes, I think so too. Legal insurance is the most useless insurance one can get. First of all, they make the impression that you buy a full package that really includes everything, but in reality most stuff you would ever need is excluded in small letters in their terms of service. Then, when you file a case - if they think it’s covered - then they take it on only if they somehow can financially profit from it and win the case, if there are doubts or it may cost them a lot, they will just find excuses why they can’t take it on.

In my more or less 20 years of driving a car, also expensive sports cars, I have never needed a legal insurance for that. I would have needed it a few times in other cases but every time they disappointed me for the reasons mentioned above. If you’re lucky they give you a letter with their legal opinion and that’s it. But that’s also something you can get through legal consultation with a lawyer and you just pay him 500 CHF for it when it’s needed, not just every year for nothing.

I think the biggest issue with legal insurances is that they have to provide services on a flat rate, so everything that costs them a lot of money they are not willing and have no incentive to take it on. Instead they are very good in excluding everything that would be likely needed in the AVB, and finding various excuses why they can’t take it on and why you can be happy that they provide their legal opinion to you in a letter as a generosity. They even have clauses that they don’t need pursue cases where they think chances to win are in doubt. So through that clause they basically they can reject every case they don’t want even if it would be covered. This business model just doesn’t work - for the customer.

EDIT: What also might be an issue if sometimes you might just want to fight for your right: they are allowed to compensate you for damage caused rather than pursuing a case. E.g. if someone or a company unlawfully took 300 CHF from you and you want it back. They are allowed to give you 300 CHF from their pocket and close the case and let the company keep that 300 CHF. But that’s maybe not what you want because actually you don’t give a damn about those 300 CHF you just want justice and show the other company that they cannot just take 300 CHF from you against the law. Forget about that with a legal insurance.

My father, who was a lawyer, recommanded the TCS legal insurance for the quality of their services over the others.

My own experience with Dextra (took the policy through a friend, very unmustachian thing to do but it’s satisfactory enough for now) is that one should really consider it as an insurance, as in, they’ll help to try to mitigate the negative impact legal threats can have on you, but winning the actual case is only a concern if/when it is a required condition to meet the target above.

I consider it worth it if you can’t self-insure. I’d rather self-insure if I could and had some basic understanding of how the legal system works and what are the first steps involved if/when something bad occurs as that gives more leeway on how to handle the cases.

Another thing you may consider: become a member of Schweizer Angestellte; they provide legal advice themselves, mostly on job-related questions, and members get a rebate on the COOP Rechschutz. I’m a member for several years, but never used these services, so I cannot comment on their efficiency. There are obviously other reasons to want (or not want) being a member of such a union

Makes choosing not easier. Most tests came to the conclusion that Dextra, TCS and Protekta are the best. I’ll have to look into it.