Economics of Money and Banking (Coursera)

I’ve been following the following coursera: https://www.coursera.org/learn/money-banking
And it’s pretty interesting so far (I’m finishing week 3), it’s probably a ton more academic than the youtube videos people seem to like around here (but then at least it feels like the content is very solid, and not black&white it actually explains that many of the concepts have many different ways of seeing it).

It’s actually very current since it was filmed right in the middle of the QE crisis so they do talk a lot about those things as well (but it’s still very US banking focused so far, I’m left wondering how different the European side was).

For all those that are fans of beancount, you’ll probably like it as most of the lessons so far are based on double entry accounting.

Anyone else has other courseras to recommend?

The Michigan FinTech one is good but the blockchain stuff gets quite technical.

I guess the first step is to not see it as money printing (that’s a shortcut from maybe highschool level economy, actual banking doesn’t really work like that). Banking system requires both discipline and elasticity. What’s happening is expanding the balance sheets, banking systems with credits have always had those mechanisms and balance sheets expanding/contracting to react is a good thing (the reverse is what leads to heavy crisis, e.g. if there’s no liquidity between banks large part of the system would fail, or if you have a full reserve based system you’d be forced to debase at some point anyway, or the entire economy of the country might break which is likely not preferable to debasing).

I’m still at the beginning of the course, but one interesting point is to see the central bank coordinating as the same mechanism as the NY clearing house members coordinating to prevent the US banking system from failing (before the creation of the Fed).

How much does it actually cost? I haven’t found a price structure for their offerings. Some things seem to be free, others not?

I haven’t paid anything, I think many things on coursera are free (you probably pay if you want the course certificate). 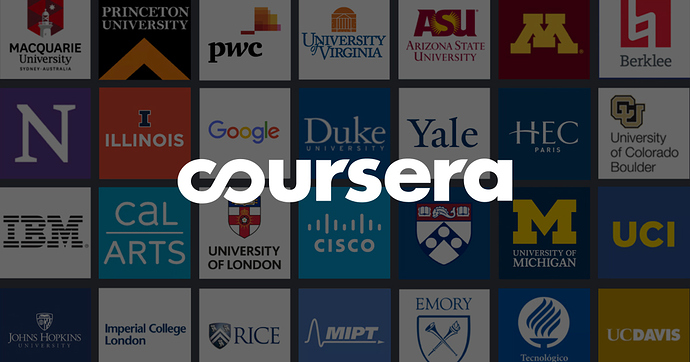 Learn Financial Markets from Yale University. An overview of the ideas, methods, and institutions that permit human society to manage risks and foster enterprise. Emphasis on financially-savvy leadership skills. Description of practices today ...

Just finished the course yesterday! I really liked it!

Anybody else took the course? How did you like it?

Will start the other lecture now, by Robert Shiller.

Nice one, thanks for pointing this one out. I just started the course this evening and I find Robert Shiller bringing the topic in a very interesting manner. I just have the feeling a lot of material has been cut out the videos and wonder if that material would have interesting too to watch. In short, I want to watch even more…

This course seems really interesting https://www.edx.org/course/money-markets-and-morals.
I have seen conferences on Youtube from Michael Sandel in the past, it’s always challenging my mind and philosophy like this one https://www.youtube.com/watch?v=zMg9Gjz8PKs

I must say that while I really liked Perry Mehrling’s course on the Economics of Money and Banking, I am struggling a bit with Robert Shiller’s course.

First of all, it’s not really a lecture, and I don’t find his conversations with the students interesting. Mostly however, it seems to be too focused on the US. I don’t care at all about some association of American insurance companies, or why some insurance law was passed in Louisiana or not.

Anybody else taking the course? What’s your impression?

He bored me to death after 30min, and I quit on the rest of it.

I managed to watch nearly all the videos except the last week one and took most of the multiple-choice questions assessments so I must say I liked it but I think I liked it mostly because of Shiller’s charisma. I never took any other Coursera online course before so I can not really compare. It did not bother me too much that it is quite centered on the US market as it is a US university. True for the student conversations, a lot of them do not bring any additional valuable information. Maybe his book which he promotes quite a few times

If I get a chance I will subscribe to the the Economics of Money and Banking, the content already looks useful.

coordinating as the same mechanism as the NY clearing house members coordinating to prevent the US banking system from failing (before the creation of the Fed).

Thanks, I will give it a try.