Crypto as an excuse for FIRE

This is not my idea but I forgot where I’ve read it and wanted to hear some opinions.

Basically someone mentioned Bitcoins when asked how he managed to become FIRE at 40. He said he mentioned that only to people close to him. For anyone else he was still working. The reasoning for using Bitconi as a method is that people judged him differently, instead of imagining a person suffering while saving money, they just saw someone who was very lucky at some point.

Seems like a good idea at first, but I think it misses the possibility of educate close friends to the benefit of avoiding overspending and so on.

Also maybe your “friends” might start to think that you didn’t really earn that money, so you have to share it a bit…

Well… I don’t really care what my ‘friends’ think, and do not feel I owe anyone an explanation.
Not that the point has come where I should worry about it anyway - for that I should have started earlier.

People often have fewer thoughts about you than you might think yourself.

Absolutely not to me.

I think it misses the possibility of educate close friends to the benefit of avoiding overspending and so on.

Exactly. We are kind of trying to convince people that financial independence is a predictable result of self-discipline, financial self-education and rational behavior based on calculations. And here we get an exactly opposite example - pure irrational behavior resulted in luck. It is already difficult to convince people that stock market is not a casino, and such examples don’t help.

Good point, but I want you to remember a famous quote:

“Think of how stupid the average person is, and realize half of them are stupider than that.”

I do agree with you though.

I dislike the idea of needing an “excuse” for FIRE.

Biggest source of suffering is caring about other opinions.

But it’s not an excuse. It’s a “standard” answer that you can use with your neighbors, for example.

This reminds of this other thread: How much do you share with your family (parents/siblings/partners)

It’s not an easy topic even within one’s family.

Generally, I take a very passive approach and don’t share much information.

then why dont just say you got some money from family?

Or just dont tell anyone, its no ones buisness and you dont own any explanation for your financial situation.

then why dont just say you got some money from family?

I think the guy had an old neighbour that saw him bein at home a lot and was wondering why.

Good thing is now you can tell everyone you’re working 100% from home.

I will add another fitting quote:

"The fundamental cause of the trouble is that in the modern world the stupid are cocksure while the intelligent are full of doubt."

I would tell the truth. That I worked my ass off to get to that position.

Are you trying to educate or convince (or… proselytise?) people?

I merely see it as a personal choice that I don’t really justify or try to convince people of.
Same if I were financially independent and not working anymore.

Crypto as an excuse not only for FIRE 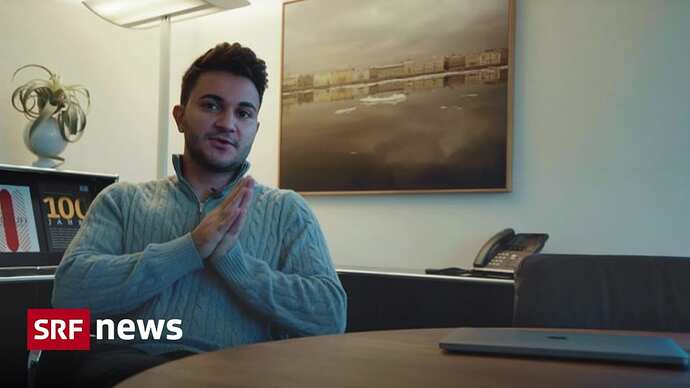 He even has a Wikipedia page, LOL 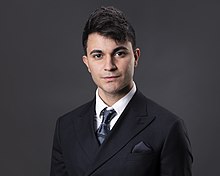 Dadvan Yousuf (born 9 April, 2000 in Awihee, Iraq) is a Kurdish entrepreneur from Iraq who lives in Switzerland. Yousuf was born in Iraqi Kurdistan in 2000. His father was part of the Peshmerga and fled the country to Switzerland before Yousuf was born. Three years later his mother left the country as well, together with her three sons. They arrived in Neuenburg, Switzerland, in 2003 where his father had relocated. In 2004, the family was granted refugee and moved to Ipsach. Yousuf has five youn...

When I read the first article about him in NZZ I was really wondering why is nobody asking him how on earth he bought Bitcoins with a credit card in 2011. Overall is this really bad for crypto(government can say: crypto bad, look at all the scams and money laundering mules, you want to use bitcoin and not our central bank coin you must be a terrorist…).

Educate. Everyone. It’s for the enlightenment of all persons. If you knew (I am sure you do) know how dire the financial system is, educate.

Well, if the distribution is normal then the median and the average are the same

On the actual topic though, I think it’s useful to have a standard answer you can give that doesn’t “raise questions”. You may not want to share or open yourself to potential questions and be judged by your financial situation and choices when doing small talk, filling forms that ask for your occupation, or when your kids get asked “what do your parents do”. Even among friends and family, money is a subject that can generate tension -especially if there’s a big difference in circumstances.