if the rise in the stock market made any “sense” related to economy (which is, and will, be going down).

It makes perfect sense.
With interest rates at near 0%, you can borrow large amounts of money for an infinite amount of time and just wait for the economy to heal. The world will not end.

Like flip-flopping.
It’s just that the flops are bigger than the flips, so to speak.

Slow, steady growth phases are probably best to be in the market.
Whereas turmoil with many ups and downs is more likely to set you back.

Well is your friend in the market again?
This is quite an important decision that has yet to be made.

He is. Up about +17% in Vanguard as we speak.
Though considering selling it now - it’d be a good profit to bank, as he put it.

He is. Up about +17% in Vanguard as we speak.
Though considering selling it now - it’d be a good profit to bank, as he put it.

That is also why it is quite dangerous to time the market. Even if you win once, you will probably do it more often.

That is also why it is quite dangerous to time the market. Even if you win once, you will probably do it more often.

Well, there’s a danger in getting addicted to it.

Getting out of the markets virtually exactly at the all-time high to bank profits was really lucky.
Though you can hardly argue with his assessment that the run up to that was “good enough” to get out.

Getting into them after the big drops seems quite reasonable though.
The question is, if further turmoil will be ahead.

I can’t imagine that we’ll have a 2nd lockdown.

That’s the big one.
Some scientists can.

There is this nice reddit sub full of “market timers” that are basically just flipping coins.

Except they market time on steroids with leverage

I’m about to give up and cash out. All money in spy puts and don’t see this money train stopping. Refuse to buy calls. Not that anyone here really cares or wants an update but no way I’m selling. I’d rather go broke than admit defeat.

This is even worse than the Yahoo finance community discussion on USO lol. Here are a couple of good ones:

r/wallstreetbets - I should never have found you guys

r/wallstreetbets - Any good yolos to make this back?

r/wallstreetbets - I honestly, sincerely, have no clue what the fuck I’m doing 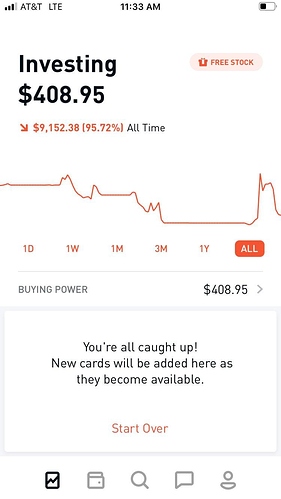 r/wallstreetbets - What’s more depressing than this. 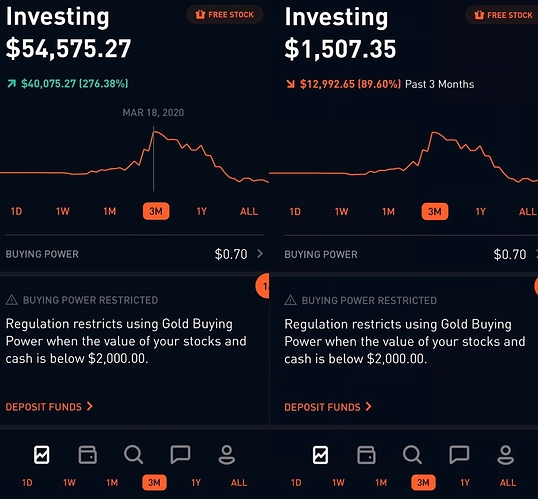 r/wallstreetbets - Lost everything because of stupid calls. I am officially done... 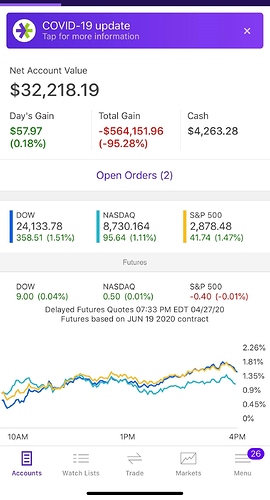 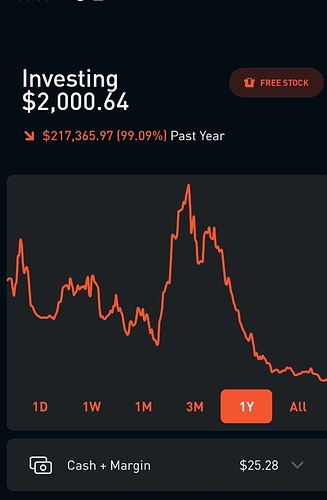 r/wallstreetbets - I may have lost 4M, but the Fed has cost this nation...

Wow. No wonder they call eachother “retards” on that forum.

The discussions in those posts are actually the best thing lol. @Bojack don’t feel bad about investing “too early”. You see, you’ll be way ahead of 95% of these guys.

Well, somebody must make the losses that are other people’s gains…

Well, somebody must make the losses that are other people’s gains…

Investing is not a zero-sum game. Active investing IS a zero-sum game relative to the market (index). Passive investors are not making money off these suckers, because we’re not the ones trading with them.

Alright, you got me

It’s funny how we can exchange hundreds of posts on various topics, but we still have no idea who is on the other side. The brain still tries to paint a picture, but it often fails miserably

Can agree that I imagined Cortana to be more of a skinny guy working in a cubicle at UBS. Always overhearing the hottest banking news.

Not to brag but I’m probably the strongest banker in Switzerland (or at least was before everything closed lol). But yeah, the typical guy in my company is what you are describing.

I wonder how investors felt during the beginning of the financial crisis. 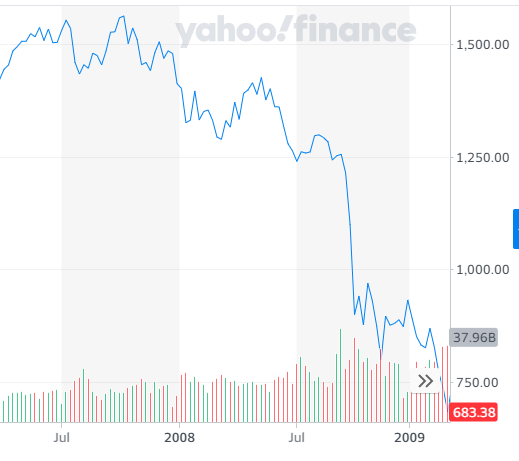 Did everyone think in May 2008 that they reached the bottom 2 months ago?

Did everyone think in May 2008 that they reached the bottom 2 months ago?

You could argue that the Lehman brothers collapse was the sparkt that really turned it into a wildfire.
So far it doesn’t look as if governments are going to let the big banks or corporations go bankrupt.

Hi Guys,
I am amazed at the situation around.

But I decided to turn my amazement into action, and sold half of my stocks. I need to move them from Degiro to Interactive Brokers and that felt like a good opportunity after such a wonderful month. So I sold iShares MSCI World today and it will take a couple of days to transfer. Scary to transfer such big amounts, but Interactive Brokers is said to be cheaper above 100k.

Definetly I was thinking about this more than 1x. Especially while central banks started to boost even more and give us the feeling “business as usual”… and we are close to the market as it was a few months ago. This doesn’t make logically sense at all.

Over last 3 years, the account on DeGiro grew way way above this.

It feels sooo strange to click ‘Sell’ on so many shares. As a buy and hold investor.

It feels wrong that the market went up by so much, but if you look at the Q1 earnings of many companies they do not look that bad at all.

So what do you say about Elon’s statement in the latest Tesla quarterly call?

Also, my Google Chrome seems to have an opinion on what this forum is about