Cashing out 2nd and 3rd pillar, moving to Germany

So here is my situation so far:

Living in Switzerland for a couple of months. Starting to work immediately after in Germany.

With my de-registration form of the Gemeinde which I already have, it’s possible to cash out before leaving, my bank has confirmed this. This forum helped as I moved it out from VIAC (little collaborative in cashing out, only when you have already left), to my bank (more collaborative).

I plan to cash out the non-mandatory part (non BVG), but my company has confirmed that this will happen only when I leave the country (thus when I’m officially a tax resident in Germany).

Thanks for any tips or help! (even some expert tax advisor on this)

What is the fiscal treatment in Germany for the cash out of the 3rd pillar? Here I think I don’t need to pay taxes in Germany

But if you withdraw these funds as (long as you are) a Swiss resident, not tax-resident in Germany, and pay Swiss taxes on it (not talking about refundable withholding tax!) why would you need to pay taxes on it in Germany? That would be double taxation.

But if you withdraw these funds as (long as you are) a Swiss resident, not tax-resident in Germany, and pay Swiss taxes on it (not talking about refundable withholding tax!) why would you need to pay taxes on it in Germany? That would be double taxation.

Maybe you’re right. But some countries (e.g. Spain) consider a full year as the taxable period, so if you live +180 days/year in a country, your full income in that year (globally) is considered for taxation, regardless of where you earned it (with possible deductions of taxes already paid somewhere else). Maybe not the case for Germany if that 3rd pillar cash out comes when I’m still tax resident in Switz though.

it’s possible to cash out before leaving, my bank has confirmed this

Do you mind sharing which bank that is?

There was a separate thread about VIAC not doing this. It could be interesting for others especially if that bank also has a vested benefit solution for 2 pillar

It’s PostFinance. Based on emails with VIAC they told me they would only give me the 3rd pillar with proof of residence in Germany. PF will give it to you up to 1 month before leaving Switzerland just with the deregistration paper of the Gemeinde. See below:

Indeed that is different vs. VIAC or Finpension. Is that form published online - if so would you mind sharing the link so I can look for myself what would be their approach for vested 2 benefits? I couldn’t find it myself

In case it helps here is the official double tax agreement between CH and DE. Article 18. Select Fr/De/It in the top right

It’s a link only working when you are logged in in PF, I can’t upload the PDF here but can send it if you wish. It’s only relevant for 3rd pillar (pdf title is “Application for payout from retirement savings account 3a”)

Would be cool if anyone on the forum with an account at Postfinance could see if there is a anything about “Application for payout from 2P / Vested Benefit” and if they give the option of payout up to one month before leaving CH, same as they do for 3P

You could likely transfer it and let it sit there (less relevant what performance it could have) for a few months before you cash out.

here ya go, comes up without being logged in. 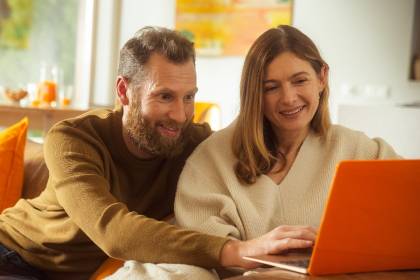 Edit: sorry, I mis-read that the question which was for 2P vested, not 3a.

Thanks for the help @rolandinho, @dbu

What I am hoping to find out is whether PostFinance would allow payout from its Vested Benefits plan (2 Pillar) up to 1 month before leaving CH.

The website link from @rolandinho seems to confirm what @jorgel shared: that this is possible for 3 pillar, which is great news - thanks! However it does not confirm for vested benefits, unless I missed something.

The background is in this thread. In summary if you move to certain countries e.g. Spain and withdraw a large 2 or 3P pot after the move you likely have to pay tax there (Spain >45% depending on the amount)

If you move from Switzerland to a country outside the EU/EEA, you can withdraw not only your 3a capital but also the 2nd pillar. When you leave Switzerland, you fill a form with your future address in a country of your choosing. The Swiss government does not require a proof-of-address for this and will not ever send physical mail there.

In order to get the payout, it is best to move your pension capital to an endowment called “Freizügigkeitsstiftung” in canton Schwyz. While these smaller endowments requires a residence confirmation from your new country, they are a little more relaxed. You can say that it is difficult to obtain this confirmation, and instead give them another “document” such as an apartment rental contract or an unfinished residence application. As long as they have no serious doubts, they will pay out the pension capital.

Just to be clear, this is capital that you earned with your hard work. It belongs to nobody but you, and you have the right to move it wherever you want. If you have to jump through a hoop to regain control of your rightful property, then jump!

If you are not employed by a Swiss employer, you can move your pension capital freely between different pension endowments. Some of these endowments are domiciled in the canton of Schwyz, where you have the lowest withdrawal tax rates. However, the funds also charge you administrative fees that you need to check first.

If you merely want to move your assets to a Stiftung to have them paid out immediately afterwards, you are not an interesting customer for them, and they may refuse you. But you have no obligation to tell them about your plans. You can decide later whether your want to leave the capital with them. With the possibility of charging you fees for many years, they will likely accept you.

As long as Liberty sees no serious doubts, they will pay out the pension capital.

Do Liberty confirm they pay out before you leave Switzerland so long as you provide all the documents, or only after?

It seems many foundations only pay out after.

Actually, sorry, I was wrong about something. I learned that the timing issue is only relevant if you either reach the official retirement age, if you invest in real estate or if you start a business. In these cases, you can withdraw pension capital while in Switzerland. You could go for this withdrawal and then emigrate afterwards. In those cases, you would compare the applicable taxes of the two options. I guess most of us can only withdraw the capital after emigration.