Hello,
My wife and I are thinking about buying a new family car. We’d like to invest less than 15k.
Most of the best second-hand cars we come across use a diesel engine, but I wonder if this is still a good option.

Diesel has earned a very bad reputation after the the so-called dieselgate. More and more cities are talking about banning it (if not gas-powered vehicule altogethers) from town centers. It’s a debate whether it’s for our own good or purely biased ideological reasons but there is a risk here

Electric vehicles are simply not an option, put aside the smallest models, they cost roughly 10k more than their gas counterpart. Not to mention that they could become obsolete quickly and lose a lot of value in no time as battery tech is advancing.

Unleaded fuel seems the way to go for people who don’t want to invest much, not get screwed by ridiculous regulations. What do you think?

I worked 3 years for advanced software control and development for diesel engines.
My opinion after seeing and living in the industry:nope, never bought one and will never buy.
The amount of weird hacking and embedded software going on to try to stabilize emissions is insane. The diesel has a lot of moving parts, from common rails with pressure of 1000 of bar to multiple throttle, wastegate, turbostage. If they optimize for emissions, the operating points will stress more all the components. If the diesel has a reputation for reliability is only because they cheated.

We bought a toyota prius+ for 14.9k with 110k km and are very happy with it. Low consumption,low annual circulation fee, tons of space. We replaced another fuel essence family car, the kia ceed sw.

In which class are you looking for? How many people?

Next car will be definitely electric though.

How many kms do you expect to drive per year? If you’re not doing several longer trips or have a long commute, diesel will likely not be worth it.

I’ve had diesel cars before but in Switzerland our driving habits don’t justify a diesel. Especially when the fuel itself is often more expensive than petrol.

I thought the skoda octavia could be an option. I may also check the kia ceed. Not sure what mileage or years of service are to be considered acceptable nowadays… My Golf VI DSG is 10 years old and has 250k km but still doing pretty well, just had to replace a couple of aging parts.

How are the maintenance cost of a hybrid car?

They are usually slightly lower than normal cars, and are quite reliable. The big advantage is that they usually use the Atkinson combustion cycle, which is very good for efficiency, which means less heat and less tearing/ruining. The cycle is crappy to power a car alone, but using it coupled with an electric motor they can compensate the dynamic behaviour.
The electric motor is used to brake and so the brakes tear less than traditional cars.

My father drove two prius starting from 2003-2011, then 2011-2020 and basically has had 0 costs. The only mildly annoying thing is the 12 volt battery. Since they don’t need to do a lot (there is no starter since the traction starts with the electric Powertrain) they package a smaller battery, usually AGM (way more expensive) instead of wet lead acid batteries. If you don’t drive everyday in cold winter, you risk to get an empty battery. The easiest thing if you have a garage is to use a 12 v charger to charge every now and then.

Expected use should not exceed 10-15k per year. This new car is mostly for going shopping or driving the kids. It should replace my wife’s suzuki swift which lacks space.

Since my golf has virtually no resell value (2009, 250k km, diesel engine), I would like to keep it until it dies, or at least until I see where this new all-electric trend is leading us.

If you can find a 4-5 year old kia, you still get 2 or 3 years left on the 7 years warranty. A kia ceed sw , Gas and not diesel, would serve you well. I would have kept it if not that we are getting a 3rd child , and the advantage of the prius+ is 3 separate seat in the second row plus two foldable in the trunk.
The ceed sw 2014 we had did reliably 6.5 l/100 km. If you can find a 2016 or something you will have 2 years left on the warranty.

What can you get from Lexus for 15k? They’re expensive when new, but probably lose value at the speed of light. And it’s the same hybrid technology of Toyota. Two adults and two children should have plenty of space in an RX.

What can you get from Lexus for 15k?

Not much if I trust a couple of autoscout24 queries, especially in the hybrid category.

It is still unclear to me whether hybrid would make sense or not given the price premium. My canton (VS) doesn’t offer any specific tax reduction. There is however a significant bonus for new vehicles and/or charging stations.
The biggest benefit I can see in hybrid vehicles is that it will eventually take longer for leftists and greens to have them banned. Even so, I don’t know if they have a bright future as full-electric cars are expected to become more or less the norm.

Diesel doesn’t sound like an option, I am now thinking about getting a decent unleaded fuel vehicle for the least possible money and re-considering in 3-4 years. But even that sounds somewhat wrong.

Is not wrong - if you do a few km it may even be not so bad ecologically. Look up the new tool from TCS and Paul Scherrer Institute. Electric car are clearly the most sustainable (even accounting co2 for battery production and electricity generation).
Hybrid are somewhat on the same range as normal essence cars after 200 km.
It seems surprising, but they start with a lower co2 baggage, but have a steeper co2/km, while hybrid have only slight less steep co2 /km, but starts higher (because battery) 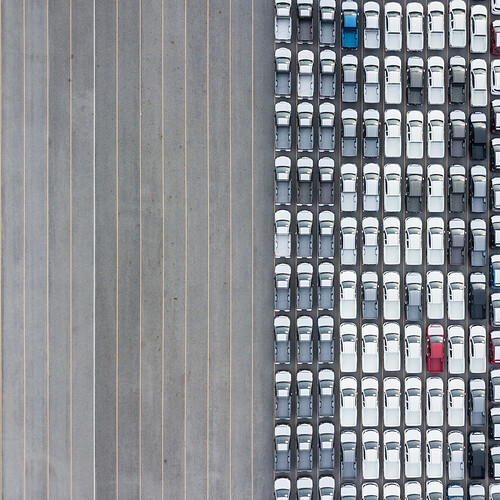 Quite interesting database to look at if you care about co2.

Tcs was surprised that electric car were so much better, but this is simply the first serious calculator that considers co2 emissions for fuel research, extraction refinery and transportation. Is becoming more apparent that the entire fossil fuel chain may consume more electricity than using it directly for electric cars.

Electric vehicles are simply not an option, put aside the smallest models, they cost roughly 10k more than their gas counterpart. Not to mention that they could become obsolete quickly and lose a lot of value in no time as battery tech is advancing.

This sounds like a statement which was valid 10 years ago. There are plenty of Teslas on the used car market and they kept the value rather nicely. Not sure why you’re so skeptic about it.

This sounds like a statement which was valid 10 years ago. There are plenty of Teslas on the used car market and they kept the value rather nicely. Not sure why you’re so skeptic about it.

Good luck finding any decent electric car (family-sized, not a go-kart) for 15k or less. The cheapest tesla you can find on autoscout24 at the time of writing would cost you no less than 25k.

Now that many famous car companies are entering the market and with huge investments being made in electric mobility, I would expect both entry cost and tech to move forward very fast. I really think there is a risk that today’s most impressive and expensive models could lose their value very fast due to advancements in either motor efficiency, battery tech or manufacturing cost .

It’s not entirely comparable but have a look at battery power tools or OPE. Almost anything released before 2017 is laughable according to nowadays standards.

The cheapest tesla you can find on autoscout24 at the time of writing would cost you no less than 25k.

But isn’t that exactly contradicting your theory of fast falling value? Tech moving forward fast… Sure that’s why there are so many comparable driving assist features compared to the Tesla Autopilot appeared in the last 5 years (hint: that’s ironic, there’s still nothing comparable).

But isn’t that exactly contradicting your theory of fast falling value? Tech moving forward fast… Sure that’s why there are so many comparable driving assist features compared to the Tesla Autopilot appeared in the last 5 years (hint: that’s ironic, there’s still nothing comparable).

This last statement sounds controversial, but let’s assume it is true, will it stay so for the next 5 years?
Tesla has been playing almost alone on this market for years and set up a (very) high standard if not a category of its own. Now can we assume that no competition will ever exist?

Ok, a luxury car that cost more than 60’000.- can still sell for more than the price of scrap metal 5 years after. Despite of that, the fact that you can buy used ones for 25-30k shows that depreciation is still important even in the absence of a huge technological advancement.

Car is a depreciating asset by definition, the question is how much do you value the environmental aspect of the thing.
Today for sure you do not buy an EV only for economical reasons. We’ll see what happens in the future.

We bought a diesel for 15k on the rationale that if it lasted >5 years it would be a good buy. I can’t see major regulations being brought in during that timeframe and in any case we haven’t really put a lot of money at risk relatively speaking. If they try to ban them in France there will be a revolt. VS doesn’t have a congested urban centre.GE implemented a permit scheme to restrict heavy polluter cars on heavy pollution days but it was protested against and reversed. We have a 2015 moderately powered diesel and it wasn’t even in scope as it wasn’t a « bad » polluting model. Remember a new car loses ~50% in 3 years

Tcs was surprised that electric car were so much better

I’d be curious to know how they came to that conclusion, the study published in 2020 by the Paul Scherrer Institute which they collaborated with doesn’t seem to support the clear superiority of BEVs, at least in the 2017 scenario and in the baseline 2040 scenario there’s no significative difference:

They add this disclaimer:
“In general, we caution the reader that methodological uncertainty is very high for HT, MD, PMF and POF, and it is difficult to make robust conclusions given the current state of knowledge.”