I just started recently to allocate my savings on a mix of VT+VXUS+bonds and yesterday I stumbled into this article from Michael Burry that was the guy who predicted the subprime crash and took massive short positions (and made a fortune):

(another one article on this with other supporters of the ideas: https://markets.businessinsider.com/news/stocks/investors-that-have-spoken-out-against-passive-investing-2019-8-1028485512?utm_source=markets&utm_medium=ingest#carl-icahn1)

Want to you make of this?

I wouldn’t quite ignore these warnings. Similar stuff of course came from Bogle himself too, but with a slightly different focus: 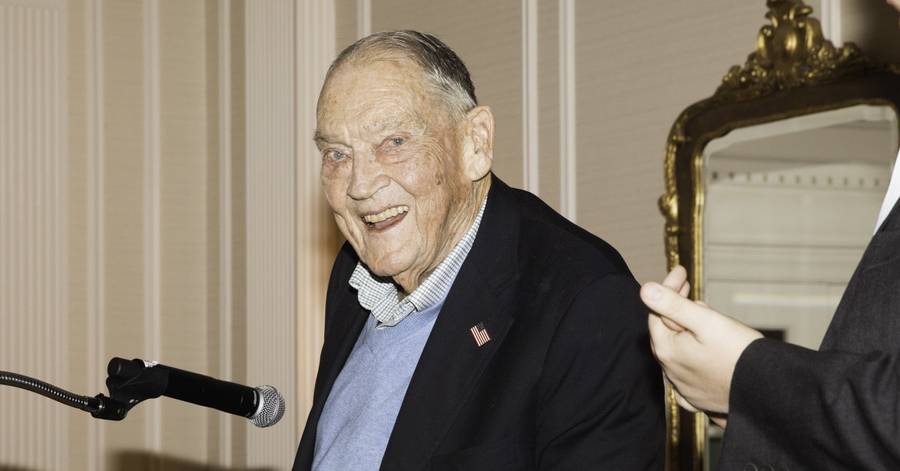 The father of the index fund says their increasing dominance may create some of the “major issues of the coming era.” 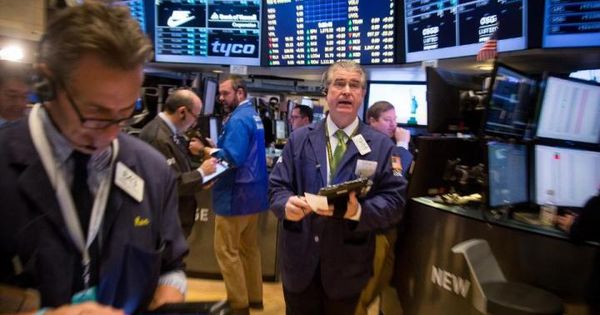 A Warning From The Late John Bogle

In recent years, investors have been ditching active managers in favor of ETFs and other index funds, which typically offer a way to get market exposure at lower fees.

So yes, index investment is going to change the market one way or another

Passive investors account for ~2% of the market. Could this really turn into a problem?

investors or investment? Investors doesnt really matter. And passive investments is way higher than that

Even if he is an active manager, he is still paid to be right. So even if he has some interests in saying there’s a bubble, let’s look at the facts rather than the persons (we could add so many things to Burry’s persona : “He has Asperger so he does not care what everybody is saying, blablabla”).

This article does a good job of treating the subject: 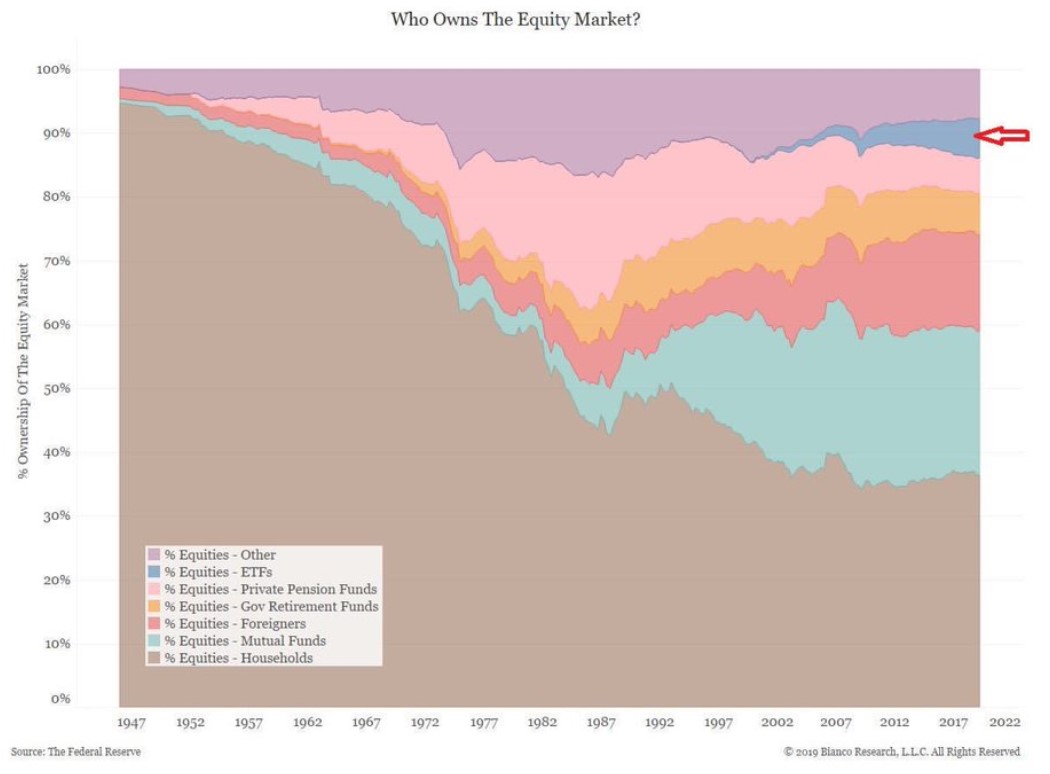 In a nutshell, Index Funds hold around 15% of the equity market.
So it is not really a “bubble” yet.

However, i’d add that what matters is how these 15% will behave during the next bear market.
We have here 15% of the market that so far just “bought” the market indiscriminately.

When the next bear market comes, it is very important that these 15% hold and don’t sell everything indiscriminately. Else, a 15% sell pressure on all equity assets will prove veeery damaging.

Correct me if I’m wrong…but what we buy/sell is the ETF itself, not the Stocks in it. If the market goes down and most of the people sell their ETF, the ETF price will go down and nothing will happen with its stocks.
If the market goes down for some stocks, at some point the ETF will have to sell them from their portfolio. At that point there will be a problem for those stocks and for that percentage of the ETF.

The problem lies on the rebalancing of the ETF, not on market crashes.

Those ETF funds need to sell stock pretty much right away. (Unless there are inflows that even things out.)

Why would ETF providers front the cash and not sell the stocks? That makes no sense.

My understanding is that when you buy an ETF, you are essentially buying a portion of a fund that holds the securities of a given index (if it is physically replicating). So the market maker or equivalent that is backing an ETF simply buys more stock when the demand for the ETF is high. That’s how an ETF market cap can grow to a huge size even if the price doesn’t move.

I guess the issue is what happens if there is huge negative pressure on an ETF and the market maker is momentarily stuck holding tons of stock that is rapidly dropping in value and doesn’t have enough buyers… this could potentially increase the intensity of a crash.

edit: this is a decent explanation of the mechanics of (vanilla) ETFs… https://www.investopedia.com/articles/mutualfund/05/062705.asp

The thing is that if you sell “1 ETF stock”, you are just selling that and someone else might/will buy it. The underlying stocks aren’t touched, otherwise you’ll have a huge amount of fee to pay every time someone sells 1 ETF stock.

If no one want to buy your ETF stock it will lose value until it costs less than the sum of the underlying stocks and then at that point something else happens.

"When an ETF sponsor, i.e. a fund manager or ETF issuer, wants to create new shares of an ETF to meet increasing market demand, it goes to an authorized participant (AP) who will then acquire the securities that the ETF wants to hold. Usually, APs are market makers or large financial institutions that trade on the exchanges.

Once the AP has bought the shares in the same proportion as the underlying index, it will deliver those to the ETF sponsor in exchange for an equivalent value in ETF shares called creation units (their net asset value or NAV). These creation units are formed in blocks of 50,000 or 100,000 shares. The AP or market maker can then resell those shares to investors who want to buy the ETF.

The redemption process works in reverse. When an ETF sponsor wants to reduce the number of ETF shares on the market, the AP will buy those ETF shares in the market and deliver them back to the sponsor in exchange for the same value in underlying securities.

This process is also known as ETF primary trading. However, over 90% of ETF trading happens in the secondary market. This makes ETFs very liquid instruments, with investors having the ability to buy and sell when they want, even in tough market conditions such as the 2008 financial crisis, notes Matthew Bartolini, head of SPDR Americas research at State Street Global Advisors."

This article does a good job of treating the subject:

The piece certainly lives up to the site’s name. Yet, the thing is… some things really do go against (seemingly simple) “common” sense.

For me personally, this article does not at all do good a job of “debunking” Burry’s and Bogle’s warnings and analysis. It rather reads a bit like a form of (self-)placation: its argument of active funds and benchmark huggers seem incongruous if not somewhat self-contradictory, and a large part of is commonplaces and a(n un)healthy dose of pointless drivel. It largely does not succeed to really address the point in question (of price-setting efficiency) by failing to make a salient argument.

Love the post - reminds me of my critical thinking classes. What a shame that very few internet posts are like this.

On the actual content: it sounds very reasonable to me that same of the underlying stocks are quite illiquid and that a sudden etf sell-out would be highly problematic for that reason.

Separately, you could also wonder whether market cap weighted ETFS are also part of the problem (vs equal weight). So if you are very contrarian, you could buy equal weight value etfs or just wait for the panic selling (knowing that this might take years).

(On the very last point I can really recommend this book: https://www.goodreads.com/book/show/37570460-mastering-the-market-cycl)

Well, he was one (not anymore) and a damn good one! Not a pseudo-economist who got lucky and predicted it. The guy really took action where his mouth was! Wish I could invest on his fund with a fat fee, it got 489% net return while active i.e. 2000-08.

but what we buy/sell is the ETF itself, not the Stocks in it.

This is a very good point. Somehow the ETF market should reflect the index. Need to investigate at what time it actually buys/sells stocks.

I think your posts will at least help me(/us?) understand better the underlying mechanics of ETFs. Thanks guys.

You guys have to give attention to the kind of ETF you own, physical ETF mean buying part of every stocks in the ETF while synthetic ETF is just a replication and not a direct buy.

In a synthetic one there is a Counterparty Risk but there isn’t in a physical one (or very very low)
Check this : https://www.investopedia.com/articles/investing/061614/synthetic-vs-physical-etfs.asp

Passive has overtaken active already - quite huge if you think about the usual narrative.

To be sure, U.S. stocks held in passive and active funds combined represent less than one-third of the total market, with the balance owned by individuals, pensions, insurers and other investors, according to the Investment Company Institute.

Yes, it’s most likely a bubble - like in 1637, 1720, 1929, 1987, 2000 and 2008, or maybe it is not. Now get over it and continue investing or slow down a bit. We know that there’s really no way to to guess if it’s a bubble and even less so when it will burst (Robert Shiller spend most of his career trying to figure out it and he knows more about the bubbles the any other human in the history). So the most effective way to manage this existential crisis is rebalancing and if you’re really scared (and ready to potentially lower your return) make your exposure to market lower. Otherwise,don’t read the news, don’t listen to gurus and don’t act on emotions - and for God’s sake don’t sell everything because you’re afraid of the bubble, especially if you’re investing for the long term.

Now get over it and continue investing or slow down a bit.

I know where you’re coming from, but why such a strong reaction? Besides, I don’t think this thread is about ‘the bubble’ as such, but about the ‘index/passive bubble’ (and whether it is one).

I do think the rise and effect of index investing is an interesting and relevant discussion in and of itself. If there were an index bubble then adding some non-index (or different weighted index) could be an interesting mitigation. That doesn’t mean index would all of a sudden be worse but perhaps it opens opportunities.

If passive investors are the majority, then trading volume will be low and prices will be less efficient/accurate. Active investors will be able to influence the prices more easily.

If the market goes down for some stocks, at some point the ETF will have to sell them from their portfolio

If the index is market cap based then it’s self-rebalacing. Why would the fund provider have to sell some stock that drops in price?

If there are many ASK (many people wanting to sell) but no BID (nobody wants to buy) then there is no market. Then the market maker steps in and buys from you or sells to you at a premium. I don’t believe that a market maker would buy from you at a price that it would put it at a loss. I guess in a panic situation there could be moment where you would have no buyers for your ETF shares, unless you really dropped the price. But nobody here should sell in panic so I don’t see how is that relevant to us?