With discussions of marriage penalty going on on the board I wondered about parents (who are together with their partner and are living together) on here:

My little dude is 3 months old and my long time girlfriend and I have looked into and sat down with a financial consultant about what would happen to our money (pillars, other wealth) and our son in case one of us dies or something else happens. We’ve basically come to the conclusion that it would make sense to get married even if there is a marriage penalty (which sucks! especially since it seems to be nothing but petty politics at play). 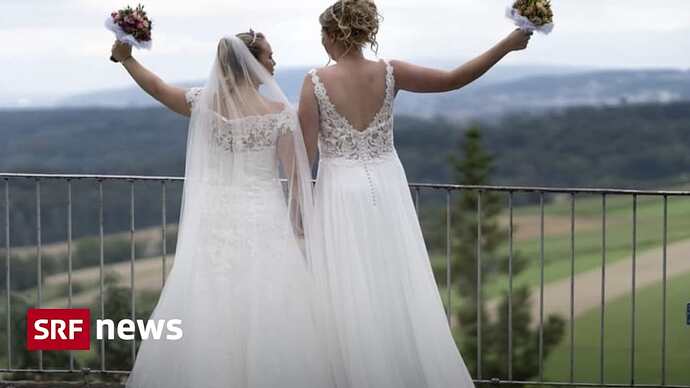 I‘m not, because no kids yet. With kids it‘s a nobrainer IMO.

My partner and I have two young kids and we currently have no intention of getting married. The main blocker for us is taxes. Hopefully this will change in the near future since it’s an active political topic.

We only see an advantage to being married in case one of us dies an untimely death. And unless that happens very fast and unexpectedly, we might be able to get married before the other passes away.
Even in that case, the difference is only a financial matter and that can be mitigated by subscribing to a private life insurance for example. I suspect this option would be much cheaper for us than the extra taxes and ensure the same or better results, although I haven’t looked.
To be honest, when I think of this I’m more worried about the emotional consequences for the surviving partner and the children than the money…

The financial aspects also depend on each couple’s income amount and distribution anyways. Curious to see if others see different (dis)advantages.

Is your wife working?

I am married and my wife is working. No kid yet.
We did it before moving to Switzerland and it was a big deal for her.
It was not négociable and the party was worth 6 years of 3rd pillar savings. But beautiful !

One child with my partner, not married.

I’m against getting married myself, because I view it as a archaic religion-based concept, which a big part of society likes to impose (to fulfil the norm).

My partner and I both grew up with married parents who were far from living a nice marriage. So maybe we are also “avoiding” the “trap”, or so…

Furtermore, I don’t agree that it’s a no-brainer to get married if one has kids. It’s been perfectly easy (so far) for us to do everything we’ve had to do as a partnership with a child the past 5 years.

Yes, and the the thing with the taxes, although the idea of getting married is so far from my mind, I’ve never bothered even comparing (and I’m someone who often compares stuff like tax here, tax there, fees here, fees there for this and that).

Do you have any sort of contract in case you split and one partner has to bear the brunt of the child care and therefore has to reduce work? We always said if we ever split, we’ll be amicable, but just don’t never know.

We’ve both reduced our work load considerably (or in her case, she will), I went down to 60%, she’s going to 60% as well, but I’ll always earn more than my current girlfriend, future wife - it’s just our careers. She’s also the one that has put her business on hold (pregnancy wasn’t very easy) and is planning to take it up once maternity leave stops, but she’s lost a year almost, she’s lost clients and opportunities.

An example of another disadvantage: You’re paying your second pillar monthly but your partner won’t get anything, part of the pension is just lost in case you die. Don’t know about the third. You can make that up with life insurance, but again, you’ll have to pay for that.

Is your wife working?

She also works, but she’s not technically my wife

Do you have any sort of contract in case you split and one partner has to bear the brunt of the child care and therefore has to reduce work? We always said if we ever split, we’ll be amicable, but just don’t never know.

We don’t have any formal agreement. We trust each other to do right by our kids, which for me is the most important thing, but that isn’t clearly defined at all either.

Initially we had similar salaries and we contributed equally to household and children-related expenses. Since a recent job change I’ve substantially increased my earnings and I now contribute 2/3 which seems fair to both of us.
When our first was born, we both reduced our workload to 80%. She’s still working 80% but I had to go back to 100% with the job change, although my plan is to reduce again when possible.

In this sense we’re lucky we’re both “rank and file” employees. Sure, she may have missed some opportunities with her employer at the time, but when she changed jobs the new company didn’t care or ask about past maternity breaks so this didn’t impact her opportunities elsewhere. And even if I earn more, we each have our 2nd and 3rd pillar.

If one of us was really dependent upon the other, it would definitely be a different story. But then, our main reason not to get married -taxes- probably wouldn’t be an issue anymore. At least any missed earnings are not due to some sort of sacrifice for each other, but it certainly helps that both of us could be autonomous if we wished for it.

About a formal agreement, I prefer to focus on the positive things: our kids’ wellbeing and our shared financial and life goals. Might seem naïve, but I’m not sure any agreement will really help us if the situation becomes so messed up we can’t even do right by our children.

We got married once we decided to have a child. Unfortunately my spouse has some ‘employability issues’, that and as it was clear to us that we wanted to take opportunities to live & work abroad meant that she would not be in employment for some time. So for the time we were semi-voluntarily in the traditional family model we benefited from the tax regime. When we spent time abroad it was easier for her to obtain residence permits as well. And I think back then she needed that reassurance a marriage commitment gives. We do have a prenup however (Gütertrennung).

If your spouse has a solid independent income I agree that marriage does not offer big advantage. Many topics you can arrange with contracts (e.g. inheritance, power of attorney in case of an incapacitating accident or similar sordid topics). Some 2nd pillar pensionfunds apparently also offer a partner-pension for unmarried spouses, but you probably need to provide them something in writing.

any sort of contract in case you split and one partner has to bear the brunt of the child care and therefore has to reduce work?

This is extensively (and I think fairly) defined in CH. Direct and indirect costs (lost earnings).
See for example Kinderkostentabelle in Eltern in Trennung begleiten | Kanton Zürich

Certainly one partner taking care of child on a weekday while the other does a paid job must be reimbursed, for example sharing the income of that day equally.
On the other hand sharing because one “earns more” I find is more open to discussion. It depends on the circumstances, but in general unequal incomes of two adults is what it is.

Married for 12 years two kids. Paid more taxes when we both worked, since I retired we pay less than if we were unmarried. We just wanted a clean and uncomplicated situation in case something happens to one of us. Pretty unromantic, mostly laziness. The party was nice though.

I’m watching as a friend of mine is going down in a nasty divorce war.

The amount of money and energy wasted in the conflict is, well, almost scary. They’re fighting over every single penny. In the meantime, he’s at risk of losing the house as he’s struggling to pay the mortgage.

They got married for romantic reasons and because they have three children.

But there must be a way to secure one’s children without risking armageddon in case of a separation?

Personally I’m not married but living together with my long-time fiancée. One thing that I need to look into is how we can secure each other in case of death or illness. Been kicking that can down the road for too long…

), then 2 kids. Moved to Switzerland already with this state, would appreciate of not being penalised tax-wise…

I agree that it’s a individual decision for each couple. But it’s quite scary what can happen in case you end up breaking up in disagreement. Let’s hope it never happens! We personally know one woman who was left jobless and peniless when her longtime partner left her after 8 years and two children. In that sense it makes sense to get something in writing in case something happens. Just takes a little more effort in case you’re not married.

I think this is a pretty nice writeup of pros and cons (rationally, financially) of marriage: 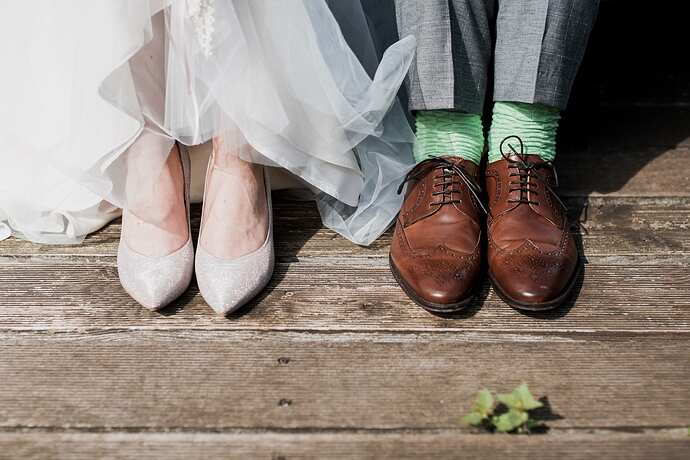 It’s also very crazy how the swiss system is still better suited (financially) for “traditional” marriage with the “Heiratsstrafe”, the lack of “Elternzeit” and the high cost of child care.

This is extensively (and I think fairly) defined in CH. Direct and indirect costs (lost earnings).
See for example Kinderkostentabelle in Eltern in Trennung begleiten | Kanton Zürich

Very interesting! Didn’t know something like that existed! Now I know what to bill my son once he turns 18!

So, 2 young kids, not married. Together for more than 17 years, both working 100% with more or less the same (high) income.

Our rational, or at least mine, about the non-marriage choice :

I just saw some stats, in 2021 in Switzerland, their was 36k marriage… and 17k divorce… not really promising…

I can confirm it (as an « old » trainee lawyer in this field).

I plan to ask her to marry at about 60 years old, if we are still together after the kids left home.

From a purely financial perspective:

As for the emotional side of it, here’s my 2 cents as someone who’s round-tripped on marriage: If you are both the kind of people who will actually keep those vows (for richer or poorer, sickness and health, better or worse, till death do us part) no matter what happens, my hat’s off to you. That level of integrity makes you my absolute idols. Otherwise don’t go telling lies to people you care about. It won’t end well.

No specific advantage, a part like OP pointed out in case of sudden death

I think this part has enormous disatvantages if not married.