Well then sorry for my baseless accusation

I got carried away because someone flagged your post as inappropriate.

What’s your explenation for our low meat consumption?

It can be as simple as “I prefer saving money over eating meat often.” No need for overly broad extensions to moralism, intelligence, and the like.

Of course, some people don’t eat meat out of greater concerns for the environment or morals, etc., but many here will just be “I don’t need meat so much in my life to justify spending that kind of money on it”. I for example wouldn’t book a Business class ticket on a flight just because the extra bit of room and food is not worth that money to me. One could make a moralist argument about a business class seat producing more CO2 per mile flown or whatever but I simply don’t want to spend the money on it.

I will not say more intelligent, but more informed.
At my childhood, protein was great meat and fish a must.

New studies are showing that we do not need so much protein, and media showing the environmental impact of mass meet production.
People that are informed and read have more understanding.

There could be many factors. I guess we are younger than the average population, and being vegan is a recent fad. Eating meat is advertised not only as bad for the environment and immoral, but also unhealthy.

Have you noticed how many vegan products have appeared on the shelves in the recent years? Personally, most of them taste to me like shit, but there is a trend, and maybe the mustachians are the avant garde.

The bias can be even as weird as who is willing to participate in your survey. Maybe the ones who don’t eat so much meat are more willing to signal it.

I’m also not sure if most of us didn’t put too lower numbers (maybe we think we eat less). If you look at pure alcohol consumption per capita, it’s 10 liters. That’s 100 liters of wine or 200 liters of beer per year. And that’s just the average. I wonder who drinks my share 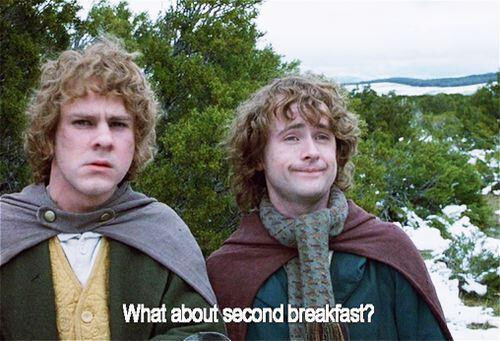 I wonder how you guys count the weight. Do you count before cooking or after?

If you go to asia, you’ll notice that many people eat meat with every meal, only if you count the grams it will be minimal (the rest is either rice, broth or pasta).

I wonder how you guys count the weight. Do you count before cooking or after?

I’m using the weight displayed on the labels so, most of the time, raw.

I’m also not sure if most of us didn’t put too lower numbers (maybe we think we eat less).

Except for people following a specific diet who actually weight most of what they’re eating, it wouldn’t surprise me the least that our estimations are way off. My own numbers are provided without claim of accuracy, there’s a fair bit of me feeling how I think I’m eating in them.

It doesn’t need to be all drinking, some of it can be used to cook delicious stews.

It doesn’t need to be all drinking, some of it can be used to cook delicious stews.

I second the deliciousness of stews, which incidentally can make a more mustachian choice for the cost of meat. Plus maybe some liver or bone marrow in soup once a week if you can stomach the flavour for high nutritional value at relatively low cost.

It’s immoral to not eat the whole animal! Well, within reason… Anyway, selected 1.5 - 2.0kg personally. Not sure what the relevance to intelligence is supposed to be. That going to uni imparts some progressive left-leaning bias?

I could imagne many might just have answered with a gut feeling eventually grossly underestimating the actual amounts.

yes, I did a really quick estimation to reach my calculation.

Almost 0 for me. I avoid meat on most occasions. I do not judge others who chose to eat, have eaten a stake probably something like november last year, a piece of sausage like a month ago (you would as well if you could smell it

).
I avoid meat for health and wellbeing reasons, i just feel better, and it does have an added benefit of a diet using less water to produce proteins, etc. I would encourage everyone to try an see if it is for you - it may be or it may be not - you decide.

I buy for sure less than two kg per month (0.5 per week) but well we really overcompensate with cheese. Having a nice cheese shop behind the home open at any hour does not help in reducing the raclette/fondue at anytime of the year …we just can’t seem to be able to reduce our cheese consumptions…i would say we eat cheese almost every day (but almost no meat at all).

We always eat bacon and sausages with Raclette , otherwise it’s “just cheese”, like they say in the new commercial

I would strongly recommend this book “How Not to Die: Discover the Foods Scientifically Proven to Prevent and Reverse Disease Hardcover”
https://www.amazon.com/How-Not-Die-Discover-Scientifically/dp/1250066115
This is one of the best-sourced books from all topics I have read. The team has spent thousands of hours reading papers for this book.

What did it make you change in your daily life?

I was already vegetarian and avoiding ultra-processed food, due to The China Study (link: Amazon.fr - The China Study: The Most Comprehensive Study of Nutrition Ever Conducted And the Startling Implications for Diet, Weight Loss, And Long-term Health. - Campbell Ph.D., T. Colin - Livres). The book “How Not to Die” convinces me that I was on the scientifically right path.
Unfortunately, there is too much false information in the mainstream media on this topic and they say there are contradicting studies, but it’s not the case.

@wapiti I used to be a fan of Dr Greger and his “How not to Die” philosophy. But in truth, I was playing with the idea of becoming vegan and needed some scientific reassurance, which he provided with all his research. It’s funny you should say that there is so much false information and somehow Dr Greger sets the facts straight. Sadly, I believe he is very biased and does not present the facts objectively. Once you take a step back and consider how unilaterally anti-animal food he is, it starts being suspicious.

That he is controversial has little to do with him being a vegan. It’s more because he makes no attempt to be objective or unbiased when he presents “evidence” to support his claims. There’s rarely presentation of credible opposing arguments, and often his interpretation of studies are simply wrong - which he largely gets away with because the vast majority of people won’t check the actual references.

We’re all guilty of that from time to time, right? It’s kind of human nature to form an opinion about something, then fall prey to confirmation bias and “take others’ word for it,” when it confirms said opinion.

I.e. If you’re already pretty well convinced that eating a plant-based diet is the key to health and animal foods are inherently harmful, e.g., you’re likely to “drink the Kool-Aid” when Greger bombards you with supposed evidence to back that up.

But on the occasions that I have come across Greger’s articles and actually scrutinized the references in comparison to his interpretations, it’s often exaggerated or even blatantly false/misleading.

Take eggs. Greger will exaggerate the risk of getting salmonella and downplay the nutritious benefits. Then he will pull out some research to back it up, and you will believe him without actually checking that research. Greger is just a preacher for the vegan crowd.

I’d recommend watching some videos on the What I’ve Learned YouTube channel. He made some summaries (1 min) of his longer videos. If you got intrigued by the short, watch the full video. What he has researched: