What MustachiPhone should I get?

Did you see my clever title?

I want a fairly good camera, more than enough storage and an iPhone. What would you get?
1/ iPhone SE (2020) - cheap but camera not so good
2/ iPhone 12 mini - good camera, mid range phone
3/ iPhone 12 Pro - great camera but expensive
4/ Find a second hand phone (where?)
I also know that iPhone 13 will be released soon.

Thank you! Your feedback helps me to narrow down the choices. Btw I am still using my iphone 6s

If you do get the iPhone 13, do let me know how much you would sell your 12 mini

Very hard to answer this question… It’s like asking “I want a convenient car, but it has to be a Porsche.” The answer would be, just buy any Porsche you like that is within your budget…

That’s true. It is even difficult even for me to answer. That’s why I am looking for those who have had a Porsche to tell me it was not worth it, too expensive to maintain, burns too much petrol, disturbs the Neighbours, insurance premium is astronomical and people weren’t impressed.

Okay. I was having iPhone’s since the second generation came out, but recently switched to a cheap China phone which costs less than 300 CHF. The choice between Apple and Google is somehow the same as having the choice between the Plague or Cholera. So I’ve decided to go with the cheaper one. The phone costs a third of an iPhone and I don’t feel any difference in terms of quality/speed etc. So I’m happy with that decision and will save a lot of money in the future.

Btw. I would never sell my phone to someone and never use a second hand phone, because every phone has a unique identification number on the network and if your predecessor/successor did/does something nasty with your ex-/new-phone, you’re the one who gets visited by the friendly men in blue/black. Of course, you can explain, but still it’s annoying.

Anything but never trust reviews, especially about Samsung phones.
They got so shtty that now even their strengths are bad. They probably discovered that people buys anything when it’s from a famous brand that they decided to put sht hardware as well.

Case in point: The screen brightness is so bad that you can’t see the phone under the sun with their newest phones. If you check the reviews, they are the phone with the best brightness…compared to new phones. If you compare an old Samsung (s9) and an S21, you’ll see that the screen just got pathetically worse.

I wish someone non-apple, non-chinese would build a simple and decent phone, without being afraid of cannibalize sales or just ignore needs.
rant mode off.

I completely agree with you. I had a Samsung phone which was so bad that I swear I would not use Android and stick to iPhone even if the prices were exorbitant. My iPhone 6S is more responsive than a recent one year old Samsung (I was given one for work).

Yeah, I am hesitant to pay 1000+ for a phone too. What do you do with all the old phones you have throughout the years?

What do you do with all the old phones you have throughout the years?

I still have them at home together with all the hard disks I’ve used over the years. Still didn’t figure out the best way to get rid of them / make them unusable. A shredder service would be cool but mostly they seem to be more for companies.

For my really old hard drives, I have taken them apart, scratched the surface and soaked them in salt water.

I wish someone non-apple, non-chinese would build a simple and decent phone, without being afraid of cannibalize sales or just ignore needs.
rant mode off.

I am very happy with my Sony Xperia XZ1 compact since 4 years now. non-apple, non-chinese right

I am thinking to change to Google Pixel 5 or 6, when my phone will be dead.

I would never sell my phone to someone and never use a second hand phone, because every phone has a unique identification number on the network and if your predecessor/successor did/does something nasty with your ex-/new-phone, you’re the one who gets visited by the friendly men in blue/black. Of course, you can explain, but still it’s annoying.

The fear is overblown. In practice, it’s not only overblown but largely pointless.

Web sites aren’t going to see your device ID. Which, by the way, Apple is - more than your cheap China phone - going to lengths to obfuscate in many respects - they are going to see the IP address you’re coming from. The latter is what law enforcement are going to use to identify users - and it’s dynamically allocated and changing. …unless you’re you bought a fixed IP address that you’re routing everything through. Which makes your online behaviour even more transparent and vulnerable to tracking.

If you’re concerned about tracking the previous owner’s nefarious behaviour, you should, in practice, be much more concerned about your IP address than your device ID. And if you are, you shouldn’t use cellular internet - or any cellular service whatsoever. Neither should you use public Wi-Fi. Or any shared IP address that’s shared with a limited number of people/device, for that matter. Once they decide to send the men in blue (or black), they’re still likely going to come to you.

How long is that going to receive security updates?
My 2013 model iPhones 5S received their last update a few weeks ago.

How long is that going to receive security updates?
My 2013 model iPhones 5S received their last update a few weeks ago.

3-4 years probably. But With iPhones being soo expensive, switching devices twice as often is still worth it.

I bought this one during black friday last year and I love it.
I payed around CHF 280.- 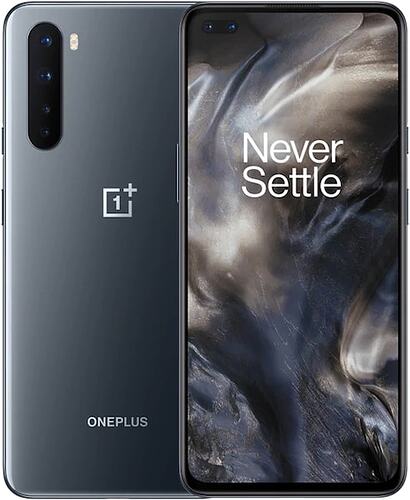 Maybe wait for black friday if your phone is good enough until november.

This was not my point. The point was when I buy a phone on Ebay which belonged to a drug dealer for example before and he used it in combination with an unregistered/false registered SIM card as it was possible with Lyca prepaid SIM cards some time ago, and maybe still is possible. They can track his IP but won’t be able to find out who the owner was because the SIM card is not properly registered to anyone or to an inexistent person. They also see the IMSI which is associated with the SIM card and the IMEI which is basically a unique device number. So, now when I bought the phone on Ebay, I insert my SIM and use it. The police will now see that the device with IMEI xyz is being used with a new SIM so they’re going to check me out. Yes, I can explain that I’ve bought the phone on Ebay, but still the visit might be inconvenient. Same story could also happen if I sell the phone on Ebay and then a drug dealer buys it.

going to lengths to obfuscate in many respects

I think all Apple does is MAC randomisation which does help against the regular tracking on Wi-Fi hotspots etc. but they can’t randomise IMEI numbers to my knowledge, but I’m a noob so I don’t really know.

How long is that going to receive security updates?

3 years, that’s pretty much the typical lifecycle of my phones.

My 2013 model iPhones 5S received their last update a few weeks ago.

Yes, if you’re going to keep your iPhones that long, it might really be worth it. In fact, I like Apple more than Android phones (because Google is such a despicable company and I try to avoid them where costs are not too high ;)) and iPhones just work without any issues, but my phones usually don’t last 8 years so I decided it’s not worth to pay the price for me. I’m still using a Macbook Pro though as my standard device at home which usually lasts around 7 years, so there I feel more comfortable to pay the premium.

I wish someone non-apple, non-chinese would build a simple and decent phone, without being afraid of cannibalize sales or just ignore needs.

For people who value rugedness, I find the French (Crosscall) to be of good value: Shockproof, waterproof and durable smartphone

Not the best camera in the world but good battery and a good price/quality ratio in my experience (I’ve got a Trekker-X3 and a Shark-X3 (dumbphone). It’s more of a Duster than a Porsche, though. People are intrigued but not impressed.

I wish someone non-apple, non-chinese would build a simple and decent phone, without being afraid of cannibalize sales or just ignore needs.

IMO This was LG until they stopped a year ago.
Now it’s Sony, but alas, not simple aka “cheap”.

I dont see iPhone 12 in your list (only mini or pro). I bought the iPhone 12 with 256 GB last year. The screen is quite big, so I had to start using 2 hands to access certain menus. The mini one might be a bit more handy there.

Im very happy with it and would buy it again, but for sure its overpriced:)

Did not read the other comments but I can tell you my situation:

Used to have the old iPhone SE and was quiet happy with it. Switched recently to the new iPhone SE and I am still happy. Camera is in my case totally sufficient.

Of course it’s not the newest regarding form factor, but totally worth in comparison to the price.