Incorrect !
Depends on your 2 incomes. 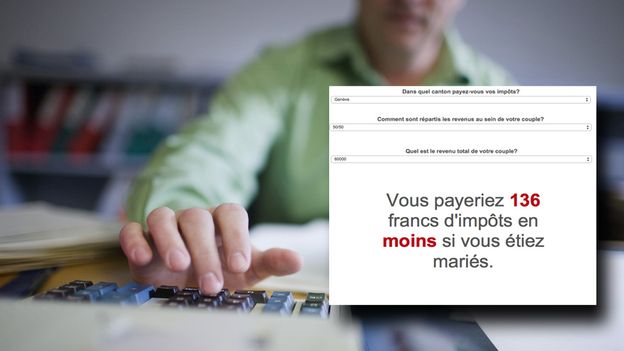 Is the early retirement goal really feasible in an expense place like Switzerland?

Also get married. Married couples with only one income generally benefit from a lower tax bracket

I live in Zurich with a child and my SO and we are not married. In our case, the person with more income (me) pays the “Verheiratetentarif”. We would end up paying more if we’d marry, no matter how little she earns (if she earns >0)

That’s true, however in weezah’s case the SO has no income therefore it’s likely to be able to save taxes when married.

Actually, thinking about this: if you pay her 3a she would need to declare it as a gift. I think the proper word is a “Schenkung” in german. I’m not sure how such a gift would be taxed.

I’m not sure how such a gift would be taxed.

Depends on the canton: https://www.credit-suisse.com/media/assets/private-banking/docs/ch/privatkunden/finanzplanung/erbrecht-steuertabelle-de.pdf

So @weezah, where do you live?

I live in Zurich with a child and my SO and we are not married. In our case, the person with more income (me) pays the “Verheiratetentarif”. We would end up paying more if we’d marry, no matter how little she earns (if she earns >0)

What’s this Verheiratetentarif for unmarried? You pay it even if not married? That sounds like an interesting thing for many people living together (no matter which sex eheh…) I already see students doing it

If I understand it correctly, you are legally married @ChickenFat or you wouldn’t be able to do that.

Edit2: @ChickenFat you pay the Verheiratete because of the child and your SO pays normal taxes.

pay the Verheiratete because of the child and your SO pays normal taxes.

Yep. Pretty much the sam setup in which @weezah lives. That’s why I was objecting @MrCheese 's proposal to get married.

If the SO earns little, they are better off if she’s taxed separately with the tarif für Alleinstehende (with a total tax rate of lets say 10%) instead of having her income added to the husbands. Even with the Verheiratetentarif he will be above the 10% with his marginal tax rate.

I currently live in Bern, but we’re gonna move back to Ticino in a year or so (we just bought a house there :D)

How does the tax system in Bern work? Do they bill the current year or the year before?

Pretty sure Ticino does it for the current year.

Basel-Stadt bills you for the previous year, so does Zurich.

? Every canton bills you for the previous year… No ?

September/October you pay Gemeinde/Staatssteuer for the current year. In the following year you receive your definitive tax bill a couple of months after you sent the tax declaration in. If it matches, great. Otherwise you get something back or have to pay more. The Bundessteuer is usually payed for the next year. That’s how most cantons do it.

This is only for C-permit holders or Swiss citizens.

Sorry, my reply was wrong or at least poorly written

This was harmonised to tax declaration 2020 = 2020 income in all Cantons, amount due in mid 2021. I don’t think moving somehow can mean more taxes, due to different billing cycles. It’s the declaration, not the billing that defines the amounts in the end.

I don’t think that’s correct. At least in Zurich, 2020 tax starts to be “due” in late 2020. Of course, you receive the final bill after filing your taxes and getting the final assessment though (sometimes in 2021 or 2022, at which point it’s really due with penalty interests rather than regular interests).