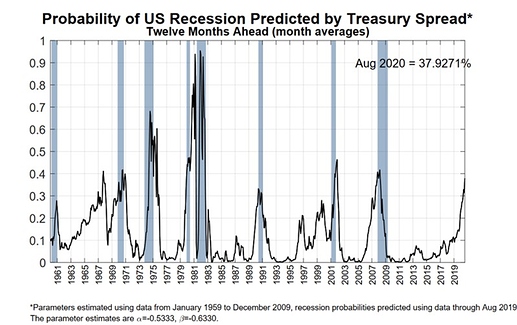 As the probability of a recession is starting to increase I was thinking about investing in leveraged ETFs rather than the standard world portfolio (after a crash). What are your thoughts on this?

The UltraPro SP500 gained 32%/year in the last 10 years as an example. The 3x leveraged Nasdaq ETF even 45%/year. I know that this is extremely risky as volatility decay might destroy all of your assets. But what about bull markets like we had since 2008? Would it be really such a bad idea?

Allow me to rephrase the underlying questions of your considered strategy:

I’d say no to both of these ideas in general…

3x leveraged ETF do not give 3x index return, only in the most favourable conditions. they are only intended for very short term speculative bets. One of the reason is that lots of return long term comes for reinvested dividend. The leveraged ETF do not distribute dividend and simply track daily performance 3x.

It makes a lot of sense if you know that the bull market is going to last long enough. Right now, it would be an extremely risky bet since we are at the top of a 10 years bull market.

And one thing is important with leveraged instruments, a down turn x3 is much more significant than a recovery x3. If you invested in 2008 in a 3x leveraged ETF, it would have taken 10 years to recover.

And they have higher fees and since they are rebalanced every day, they are very subject to volatility.

They were never really meant for the long-term investor.

So on a parity base (risk adjusted) VTI was 8% better than UPRO per unit of risk that you partook.

We should not compare apple to orange. A leveraged product has higher risk thus higher potential reward. You need to compare product on a risk adjusted basis.

and in tha last 10 years UPRO was not better than say VTI. You can see it even in portfolio visualizer:

so yes, you got way more rich, but you were exposed to a much higher risk, and didn’t get as good a reward for your risk as you would have stayed in VTI.

But please, feel free to do whatever you want with your money, as long as you understand the risk you expose yourself to

I think a lot of people were waiting to know how 3x ETF would react to a crisis.
With the data from this year, we get some answers.

I’m really happy to see that the result is as expected.

Some people said that these funds wouldn’t be able to replicate the 3x factor in a high volatility environment, other that the fund would become 0.

Leveraged ETFs can’t go to 0. You’ll need -33.4% in a single day. I think only a nuclear bomb in a major US city could cause such a decline.

I would say VT can’t go at zero, unless the end of our civilization and 3x ETF can go at zero in case of a major event. I think during the dot com bubble a 3x leverage Nasdaq would have gone near 0.
(I’m only speaking of 3x ETF following major index, not 3x VIX)

Hedgefundie made simulations. TQQQ would have had a -99% drawdown or something like that. But then again, it made 40%/year in the last 10 years, that’s an increase by factor 30.

A post was merged into an existing topic: Leveraged market portfolio