One tends to buy VWRL on Sq though, there one loses the 0.3% that the IE fund loses to the US.

0.3% every year, compared to 0.95% once at purchase, and maybe the second time when selling? anyway, after 6 years you’re in the same spot, and you’re supposed to be holding for longer.

These are two different things.

0.95% is to convert to another currency debiting from the CHF account and crediting the USD account, for example.

No fee except spreads is for the forex platform where trades open and close positions on margin, but do not actually convert from an account to the other.

That’s confusing, because at IB there is no difference. You make a forex trade and then you use this new currency to trade on the stock exchange. I miss this flexibility at other brokers.

I’ve been following this for a while now. So far I haven’t received any communication from IBKR so I’m unsure if my account would be moved. I started it while living in Switzerland and I’m a Swiss resident and supposedly only EU domiciled accounts (or entity accounts formed in the EU) are affected.

The current cash and securities protection scheme has been quite generous and far above what I have with my European brokers so losing it does not faze me too much.

As the next Mustachian, I’m mostly concerned about trading US ETFs. The FAQ page does say that the trading permissions stay the same after the move - let’s hope it means ETF trading as well.

Finally, I will definitely keep my IBKR account because I’m also investing in US shares and I occasionally trade US options. I don’t see a better alternative for those. 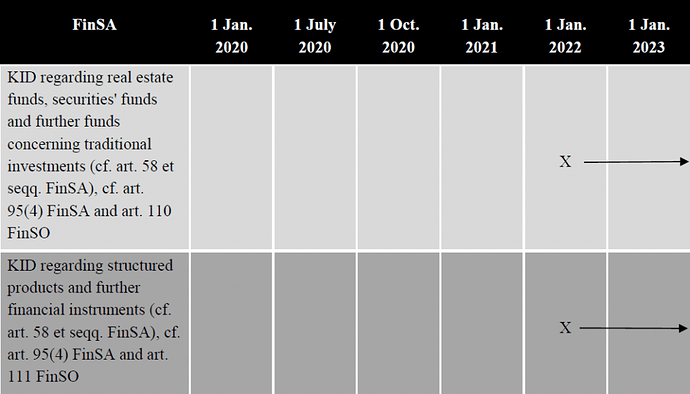 Future accessibility of US domiciled ETFs for Swiss investors -...

Learn about PRIIPs, KIDs, FinSA, and their potential impact on the accesibility of US domiciled ETFs for Swiss investors.

I’ve contacted IB regarding this issue, and finally got an answer in my message center:

Thank you for your message.

Since Switzerland is not part of the European Union we do not plan that your account will be affected. This is the reason why you have not received a specific communication.

Please let us know if there are any other questions.

Thank you.
As expected, vs. all the “panic” which ensued in the thread.
But I am not surprised that even their own customer facing support is not 100% knowledgeable on all things, with differing answers from different sources.

Yeah considering that I got a completely opposite response from them. But there seems to be hope!

This seems to be in line with their current registration process. If you select a country from the EU, they will show this warning: 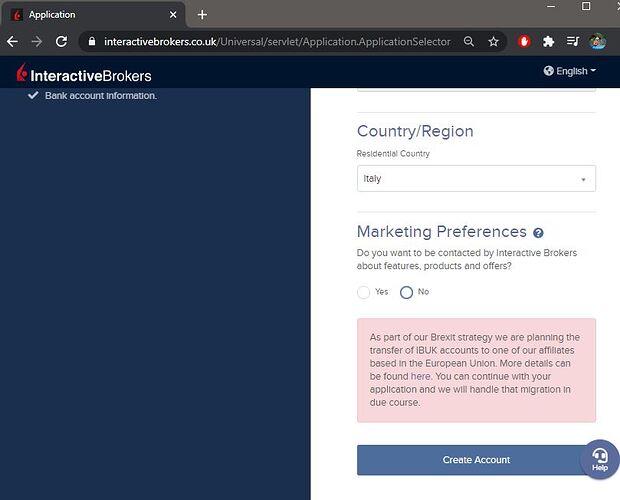 But the warning will not be shown if you select Switzerland: 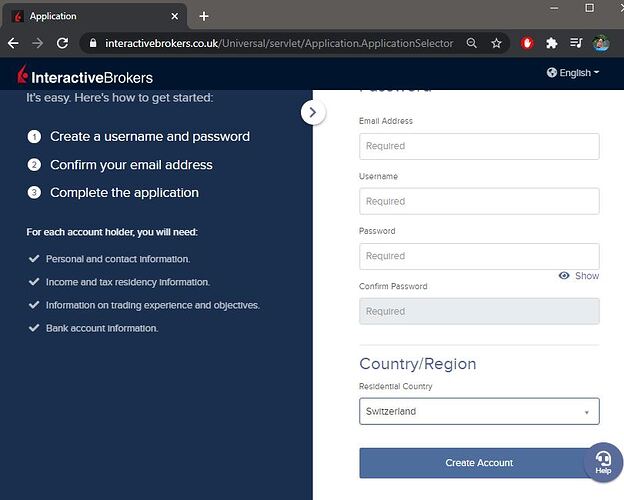 Sorry for the separate reply, but the platform doesn’t allow new users to upload 2 images in a post.

But the warning will not be shown if you select Switzerland:

Thanks for the test! This is not a proof, but still a good sign

“News” from IB about IBCE & their Budapest office.

As a comparison, Swissquote, which also reported being over-run with new clients during the first lockdown/crash, increased client numbers by 50’000 Jan to June 2020, from about 350’000 at year-end 2019.

Has anyone residing in CH received a request to migrate at all? Not me, so I contacted the support and got the confirmation that if you live in Switzerland you can stay with IB UK and thus continue to benefit from the 500k of the SIPC (which anyway only becomes relevant if IB really messes up - keyword segregated accounts).

I am swiss living in Switzerland and did not receive anything from IB UK. Yeeeeeeaaaaaah!

I got the same reply from IB UK when I asked if Swiss residents will be migrated.

Good to know. I saw afterwards that Mr.Paprika also received this information. So it is quite likely that this is true and not just a statement from an uninformed first level support employee.

I would assume so, although I did not ask that directly.