But inheriting billions as a result of a divorce seems highly undeserved to me.

Why? Would the people who succeed have been as successful without being supported by their partner? (plus definitely it’s an engagement where people go into knowing what to expect, it’s a partnership where you decide you’re willing to pool your interests and work together for the longer term).

Taking Gates as an example, isn’t Melinda credited for pushing him out and focus on other things? Had he stayed around, would MSFT have been able to do such a turnaround? (Isn’t half their wealth gained post MSFT, but he might still have benefit largely from stock growth for a while).

(not going to comment on the claim that women are predisposed to be less successful, esp. when you still see everyday sexism everywhere, as the thread demonstrates)

(not going to comment on the claim that women are predisposed to be less successful, esp. when you still see everyday sexism everywhere, as the thread demonstrates)

If you want to insult me, why not do it directly? I find it appalling that nowadays you cannot comment on some research or data without being called sexist. If I say men are on average stronger than women, will you also call me sexist? I’m sorry but this is absurd. 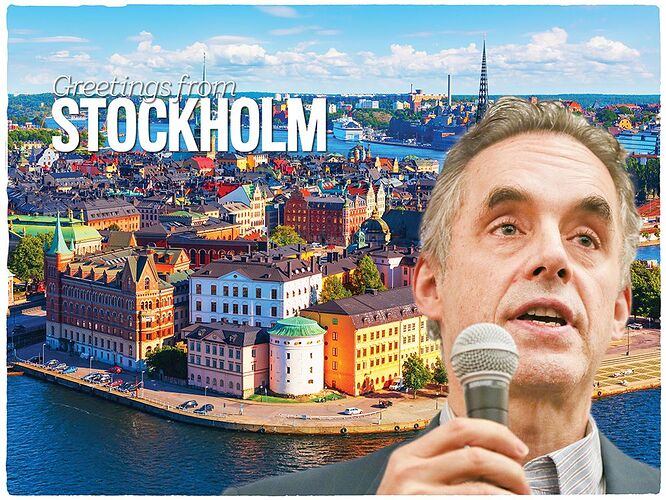 Jordan Peterson: The gender scandal – in Scandinavia and Canada

As a dad to girls I see gender stereotyping and bias in the system everywhere. At a young age girls think they are less capable than boys and have less confidence as a result. This does not lend itself to being an entrepreneur. There are studies, girls just have a much tougher time getting ahead in general.

I think this thankfully changing fast, at least in secondary and tertiary education in Switzerland. Both law students and pharma-medicine students are now predominantly female. These are high-status and well-paid careers. The percentage of women in natural and technical sciences has almost doubled in the last 30 years.

Had to split the discussion after too many posts. To be clear: I know there are many smart and successful women out there and I’m not claiming otherwise. I just find the arguments raised by Peterson compelling. It feels awful to be insulted on the base of quoting some research (and not even my own opinion).

I don’t want to go into that discussion, but I just want to say that sexism exists and hopefully is waning. An interesting place to study it is indeed the pharmaceutical studies, where it seems that the majority is female. There you can find sexism on the other direction. (I’ve heard that, not sure if it’s 100% true but I think it’s plausible).

But inheriting billions […] seems highly undeserved to me

made a small correction here

Well-married or well-born, yeah life can be unfair

Well, if we believe in private property, then the owner of that property should be able to have full discretion on what he/she does with it. And if they decide to give it to their kids, can we blame them? We can argue if access to capital gives an advantage and should be taxed. But taxing inheritance, I don’t know. Seems too easy to bypass. By the way, some studies have shown that there is a great generational mobility of billionaires in the US. Heirs usually are not able to do as well as their parents and vast fortunes evaporate over decades.

Agree with you, I was cynical

I somehow feel generally more aggressivity when a woman divorces a rich man vs. inheritance, although it is the same principle : family

You mean here in Switzerland? This is definitely not the case in Poland, where girls have on average better grades all the way through school and I had many such friends and I did not notice any bad treatment of girls.

No, not just in Switzerland. In most countries girls get better grades at school and are under-represented at senior management levels in companies.

I am not going to pretend that I know all the reasons for this however as a husband and father I see subtle but important biases that women have to overcome that I never did. It does not need overt “bad treatment”.

For example males treating females differently in meetings without even realising; or perhaps due to economic pressure a woman isn’t promoted because she might get pregnant and have to work a reduced schedule. Then there are the jokes meant innocently but that put women in their place

It’s basically the Damore Memo argument, which has been heavily discussed at the time: James Damore’s Google Memo Gets Science All Wrong | WIRED

And to give some context, some interview from Peterson, if you’re curious about his views, might want to use incognito when searching/watching yt, it probably quickly rabbit holes into specific topics. I think at this point he’s more of a yt guru than a scientist:
https://www.ft.com/content/7d2e6802-6040-11e8-ad91-e01af256df68

Personally, I think it’s a mixture of (mainly) these three factors. In western societies.

I find it very plausible. You don’t have to negate sexism to believe in the plausibility of the variability hypothesis (or observe evidence thereof in everyday life) - or differences in cultural upbringing.

Predisposition implies a genetic characteristic, not cultural. In any case it’s likely that the definition of success is shaped by centuries of patriarchal culture

And a women exhibiting traditionally male attribute will often be dismissed (it’s classic in corporate environment, women will be perceived as aggressive while their men counterparts are just exhibiting confidence, nobody asks men to smile more, etc.)

There may be “some” biological factors that moves a man to choose certain careers and a woman others. There are as well a lot of social pressure, and really high pressure as well. Now that may or may not lead to differences in wealth and the definition of “successful” (which should not be linked to personal wealth tbh).

A typical example of social pressure is part-time work. A mother working 80% raises eybrows and leads to the typical question “isn’t a bit too much? poor children”, a man working 80% is a cool, modern dad that takes “some” time for the family.
most weirdly, this social pressure comes from men and women as well.

And in today’s world, working only 60-80% de facto kills all your chance to a career, being a mother or a father. But a combination of social pressure and maybe even a part of instincts in most cases leads the mother to choose a career where she can work 40-60%. Men are not even given an option. I studied engineering because I liked it, and only now I realize is extremely difficult to find an 80%, and impossible a 60%. Even if I wanted to be a 40% dad,60% engineer, is basically impossible. So the men are already funneled in professions where then it becomes impossible to be a true part-time dad. And women instead think already about these things when they are 20, and a lot of them consiously pick a profession with part time possibilities.

For CAGR-correctness sake, Melinda & Bill first met in 1987, when Bill had just become a billionaire.

I’m sure they bumped into each other totally by accident.

The reverse seems (though largely unknown or forgotten in western societies) to be true for countries that arguably have less gender equality - or institutional measures in place to encourage equality.

One just needs to look up the Female Share Of Graduates From Science, Technology, Engineering And Mathematics (STEM) Programmes, Tertiary:

Sweden doesn’t actually fare that bad, in comparison (ca. 35%), while Germany and France are hovering around 27% and 31%, respectively.

Predisposition implies a genetic characteristic, not cultural. In any case it’s likely that the definition of success is shaped by centuries of patriarchal culture

The variability hypothesis, if true, doesn’t imply that men are “better” on average. It would mean that men are both at the very bottom and the very top of many traits.

These graphs explain nicely what the general idea of the hypothesis is:
[Note: This is a model and not based on actual data. The particular study the picture is from actually doesn’t find evidence for the hypothesis.]

I read a study on these results a while back, can’t find it right now, but essentially the study I read, said that these differences can have a financial background, in poor countries women will tend more to choose a STEM degree over more social or artsy degrees, to ensure financial independence after graduation.
So Morocco (“poor”) has a higher STEM females:male ratio than Switzerland or Sweden (“rich”).
When I graduated in Chemical Engineering in mid-nineties in South Africa we had 40% females, in the top 5, were 3 or 4 ladies.
From personal experience, STEM was pushed at school for all those with good enough marks, because that’s what a developing nation needs.
I doubt that happens in CH.

For the past 5 years, in my extended engineering group (40 engineers) at a big Pharma company in Switzerland there is/has been one female (3%). I really can’t understand that, and there is a loooong way at to go.

I assume you base this wish on the belief that women are equally capable of being great CEOs (and having the desire to become them). Because otherwise it would be like saying half of Real Madrid’s footballers should be women.

No aggression from me. I’m just skeptical about marriage. You often hear stories about how the woman usually gets the kids in case of a divorce, plus the man gets screwed financially.

But why? In case of inheritance, it’s usually in the will of the original owner to pass on his business. Nobody gets screwed. In case of marriage, you really don’t know how much the wife contributed to her husband’s success. If my own relationship should be any example, there is zero support from my gf.

The explanation for this may lie in personal decisions of both sexes. For example, my gf from high school had super high grades, very smart and organized person. After graduating I went to pursue career in IT/finance and she went to study medicine. It is said that men are in general more into things, and women into people. Of course, they are very similar, but there are small differences, which add up on the macro scale.

Oh, and have you considered how this forum is mostly men? Have the women been somehow disadvantaged to find this forum, or do they simply find endless discussions on finance and investing boring?

It’s also worth noting that women live a few years longer than men and it’s not entirely clear why. Who knows, maybe by playing it safe they give themselves a few more years to live, maybe that’s eventually the smarter way to play this game?