Keep in mind that VT is only 55-60% US, if that plays the calculation role.

Not for the withholding tax applied to dividends distributed to you. But yield was around 1.8% recently, so more like 40k.

VT with full DA-1 return gives you the same return than VWRL; so why bother investing in VT; and by doing so putting part of your return at risk (in case DA-1) was not granted?

Superiority of VT over VWRL is an urban legend only - once you have a look at the data, you can easily proof it to be wrong.

Does that mean that VEA and VWO can be listed and accepted in the DA-1 too?

Foreign withholding taxes on paid dividends can be “counted as a tax payment” at least partially for any foreign security, such as ETF or a stock. And not only from US, but also from other countries that have it. So for example NL funds can be attractive with this respect. 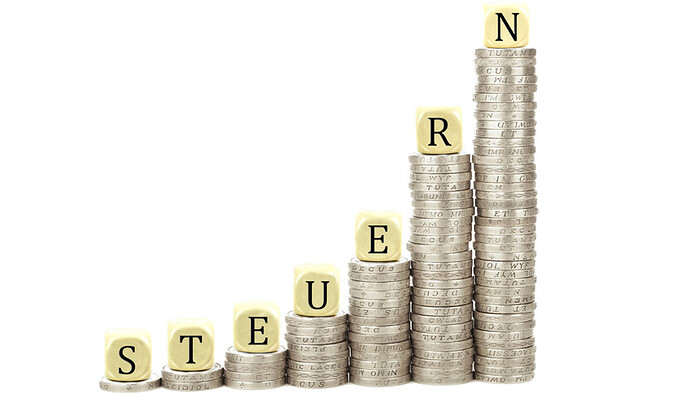 How come?
One get’s you back lost taxes the other one doesn’t… Plus VT has more holdings than VWRL (this could work both ways).
There is no way on earth that VWRLs performance is equal because they just aren’t the same fund with the same holdings AND one loses taxes

Well, yes, this is what you are doing. But there are many more cases when it works. Although I personally have only US and IE ETFs.

Superiority of VT over VWRL is an urban legend only - once you have a look atvthe data, you can easil proof it to be wrong.

In case of a Swiss resident, tax optimization includes (at least) two things: (i) less non-reclaimable withholding tax on dividends and (ii) less dividends which are taxed as income. So it is for example possible to move a segment that pays more dividends into a tax-sheltered account (3a funds at finpension/VIAC). Dataset 2: % of non-reclaimable witholding taxes on dividends and dividend yields for some “whole world” (with and without emerging markets) funds. [wht2]

Thank you for those interesting excel sheets!

Conceptually, VT holds more shares. However, this is simply a very long tail that was non-material (from an exposure percentage point of view). VT theoreticaly as well offers better Tax treatment on ~55% of shares. But its unclear how the situation was on Non-US shares. At the same time, VT comes with a lower TER.

In practice, we best just compare total return post Swiss Dividend Taxation and forget about all this theoretic nonsense. What do we see then? VT has ZERO edge over VWRL. So why bother?

The second risk is that some countries might be faster with confiscating US held shares (aka VT) than IE held shares. Ultimately, VT is another politically unstable layer that can cut you off not only from your US based VT holdings but as well from the international ones.

So VT comes with equal, to lower, return than VWRL and yet with higher risk.

There is never a lower return, because you lose all other withholding taxes as well + the US one. With VT you at least get back the biggest portion of the dividend payment. You call that a theoretical construct, I call it common sense.

And the US one doesn’t?

Yes it does, but you can claim the dividends of more than half your portfolio back…
In an ideal world, we’d have the option to buy IE ex-US ETFs and a something like VTI… If you want to optimize it by yourself you could even do it a bit better.
US-ETF for USA + Canada
IE ETF for EUROPE and EM
JP ETF for Japan (also has some reclaimable taxes)
Idk what to do with Pacific ex. Japan though…

But VWRL is never going to be the better option tax wise, because you always lose 15% of the US WHT which you can reclaim as a Swiss investor - so why not use this advantage in your favor? Best case they break even… Except for when tax treaties between IE and the rest of the developed world countries are much better than with the US. This is most likely not the case.

What are you talking about ?

Could you please elaborate it @TeaCup?

I guess they’re talking about Bloomberg - Are you a robot? In short Vanguard managed to make their mutual fund behave like ETFs by linking them together (ETFs do not have capital gains internally since they only do in-kind redemption).

Honestly I don’t see that going away, if the IRS closes it people will just move to the ETF version.

Edit: and the patent expires next year so there won’t be anything special about it by the point.

Edit2: and even if the ETF were to have taxable gain distribution, those wouldn’t be taxed for swiss investors (after ictax gets the right data, it does differentiate between type of distributions).

I wouldn‘t say the tax/cost advantage of VT over VWRL is zero - but it’s small.

Personally I wouldn’t feel comfortable having all eggs in that basket.

I don’t get this comment tbh. An ETF is not “one basket” Vanguard is THE biggest wealth management company in a highly regulated market segment… Also ETFs hold the underlying assets meaning that even if Vanguard goes bankrupt, you get the NAV cashed out.
That’s like people saying I don’t invest in stocks only, because of … basket… Like there are 10K+ Stocks to buy… That’s not “one basket”.

Having all assets in one fund, brokerage account and jurisdiction.

I‘m not talking about the fund‘s holdings or composition.

I see, that makes more sense.