Crash of LUNA and UST

Well, there are some people who claim that BTC value comes from the fact that it’s hard to mine one.

this could also be said for gold or any other product, no?
Like new supply will not be sold/created at those prices, but existing supply will be sold even at a loss. Just compare negative oil prices.

Is this an argument for or against BTC? I think for oil the problem is storage. You can’t store infinite oil if there is a temporary drop in demand, so you can experience negative prices.

I guess the question is: is everything that is hard to make, valuable? Does everything gain in value through the process of putting a lot of energy to make it? Or are there exceptions? It it costly to make a new bitcoin, and eventually it will even be impossible, but does it make it inherently valuable?

It it costly to make a new bitcoin, and eventually it will even be impossible, but does it make it inherently valuable?

Only as long people use it. Same as gold, if we would not use it for storing value, it would be basically worthless (only production/recycling cost+small margin because of degradation to commodity good for the small industry and jewellery usage).

I guess the question is: is everything that is hard to make, valuable? Does everything gain in value through the process of putting a lot of energy to make it? Or are there exceptions? It it costly to make a new bitcoin, and eventually it will even be impossible, but does it make it inherently valuable?

At some point the work to produce he good its just sunk cost.
Just like 1L of milk has value till its expired and no one will want to buy it from you.

Perhaps the best example in this is Real estate.
What is the value of a house? Its not the price of the bricks or windows, you cannot just make a list of all the expenses and sum them up.
The real value is what people are willing to pay, in this case if you can rent it, the price might be a factor of the rent. No one will ask you how much you payed for the bricks.
Some houses are much much more valuable even if in bad shape than new buildings even if in size comparable.

Agree with you, although in Switzerland my sentiment is also the cost/value of the land you build upon starts to exceed the cost of the time & material

Re. intrinsic value of Gold (sorry to continue this OT), I found the following data: 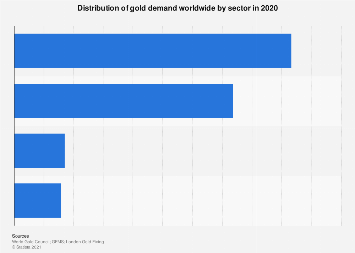 The jewelry industry accounted for a 36.83 percent share of global gold demand in 2020, which amounted to about 1,400.8 metric tons.

So there is a non-negligible % that has some form of utility, if we include jewelry. I would equate in these terms jewelry more akin to an NFT than a BTC.

Isn’t it the same for BITCOIN? Until know it lasted much longer than UST.

(price was 30 euro payed in CRO

Btw, in the meantime thanks to the “smart” algorithm the LUNA total supply is around 7 Trillion! Just in case you were hoping to see 1 usd again

Easy, just gain people’s trust in UST again, let the algo buy off 6.999 trillion lunas before the price goes up to $1, let algo burn them, and boom! You only have 1 billion lunas @ $1.

Please let me know when UST reaches $1.
That will be the perfect time to go short until the next total crash

the problem is, the teams “locked” and premined coins are now so dilluted, if they pump the coins they pump the bag of many other users so its not worth to them

It wasn’t really an exploit, the system was intended to generally work like that. The peg of UST to USD was supposed to happen automatically by allowing people to arbitrage between UST and 1$ worth of LUNA coin.

The problem was that LUNA doesn’t have any intrinsic value. So the UST was just pegged to some highly speculative “USD value”. You won’t believe it, but LUNC is again in top 25 coins ex pegged. I even have to include it in my index portfolio.

dude, dont buy that shit. Its a dead coin, put the money on doge but not into this… People are just bored.

Do Kwon in jail, at last

I heard that local police wanted to arrest him and that he escaped. Are you sure that he is put to jail at last?
I was surprised that Binance hadn’t delisted Luna just after the scam happened. That was so strange, my opinion.

No he’s on the run and bragging on twitter.
Binance is shit, not surprising