I wondered if there is a consensus on the best bond ETFs to invest in? I recently became a bit uneasy about how much of my portfolio was invested in stock ETFs, so I sold some and am planning to buy bond ETFs as a way of further diversifying.

I wondered if there is a consensus on the best bond ETFs to invest in?

I was recently looking into ways to invest in Swiss government bonds (should interests rise to a point where they become interesting) and started to look for any ETF or index funds. I was surprised to see that only iShares seems to have such ETF, for example CH0102530786 for those with a time to maturity of 1-3 years. Am I missing something or is demand so low that nobody else cares to launch such a fund?

And how much if you count 2nd pillar?

the consensus is closer to not hold any bond funds.

I would call it a majority rather than a consensus

I hold bonds for example. In recent years bonds were less popular because of negative interests, but the point of bonds is not return, it’s to control risk.

For bonds, ETFs are not always the best solution. They are better covered with mutual funds. There are plenty of them available to Swiss retail clients under Swiss or Luxembourger law, and some of them are indexed.

I personally stick to reasonable durations so interest rate changes do not affect me too much. I probably have an average duration between 5 or 7 years. Higher durations mean that you are in for a roller coaster when central banks adjust their rates

but with small durations, slow interest hikes are actually great for bond investors.

What you need to ask yourself is how to allocate between governments and corporate, and between CHF and foreign currencies. Funds that hedge against currency fluctuations are recommended for foreign currencies because the point is to control risk.

We even have data on the mood of the forum

So far 15% hold bonds and 19% more consider holding some. That’s about a third of the people on this forum who seriously consider bonds as a part of a portfolio.

Has the recent rise in interest rates affected your allocation? How? poll

I understood that although that is absolutely true, at this moment the costs of hedging CHF to f.i. USD is very high, due to the interest rate difference - and compared to the yields. Which is another complication.

The cost of hedging is not necessarily the same as the “felt costs of hedging” because part of the differential in interest rates is directly related to the differential in inflation. That part of the hedging costs is not a real cost, because inflation would also eat unhedged foreign currency in the same way. When hedging, it is eaten as a “felt cost” rather than as a capital loss.

The real costs of hedging are usually around 0.7% to 0.8% p.a. depending on the bank, although big funds can probably negotiate better costs.

Your pension fund is your best choice. Do buyins till the limit.

It’s a good point, but as some forum members have observed before, having bonds is so you can rebalance in a market crash by selling bonds to buy stocks. But it is not possible to sell your pension fund assets…

That part of the hedging costs is not a real cost, because inflation would also eat unhedged foreign currency in the same way. When hedging, it is eaten as a “felt cost” rather than as a capital loss.

From a theory point of view, I fully agree with you. Strangely though, I need to keep telling this myself ovee and over again these days - when I see USD vs CHF Interest Rates vs. inflation & FX loss. Something wrong these days - probably short term only. Technically, the CHF should become stronger these days. Wonder how long SNB follows the EUR Inflationarists…

I view this as similar to staying the course during a market crash. In a way, this is a form of CHFUSD crash and it can last and last. Any consideration on FX is very long-term. In the short term, there are a lot of fluctuations. This is why hedging must be planned on the long term. I am very careful to not touch my FX positions for any other reasons than long term.

This situation has no impact on my bonds, because their value remains quite constant in CHF. At worst I could argue that I missed out on the USD increase, but it would have been speculation not to hedge.

On the bright side, I only rarely buy anything USD exposed these days…

This new bond could probably be interesting for you to invest your money for the next 3 years. This product pays 0.4 % in the 1. year 0.5% 2. year 0.6% in the 3. year. In 2025 situation on the bond market is probably better for long term investments. 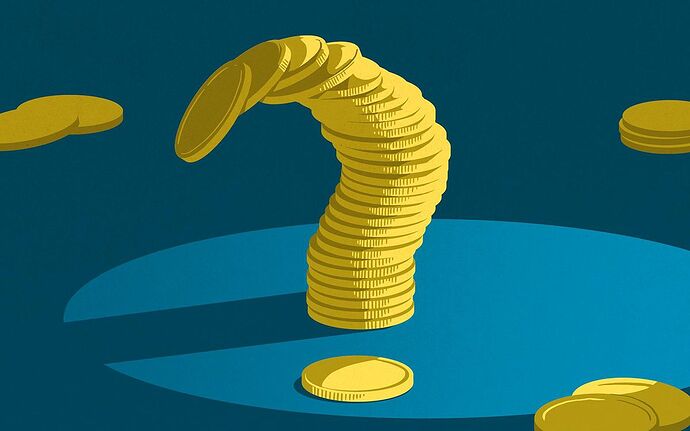 At this moment I would not invest in bond ETF as the whole world is awating that interest rates are going up during the next 2-3 years. If you invest right now in bond ETF the risk is high that you will lose money.